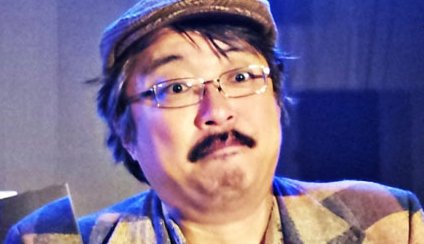 Photo by Daniel Feit from Wired.com: Inside Japan’s Indie Games Fest, Where Crazy Is Mandatory

Q: You love travelling and have traveled a lot in your life: Great Britain, Switzerland, Peru… How much do you think visiting foreign countries and discovering different cultures have affected you as a game designer?

YK: It certainly has affected me a lot. Making games is, for me, like writing poems. I want to write my poem for everyone on this planet – not just for the Japanese, but for all people in the world.

If I hadn’t come across these children playing video games in Peru, I probably would have given up on my game designer career entirely. 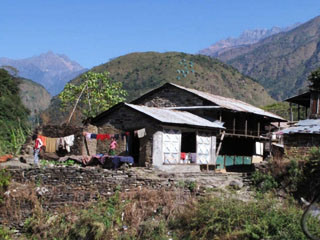 Q: You also love literature, especially foreign books. You once said Saint-Exupéry’s Le Petit Prince was an influence on your 2009 Wii title Little King’s Story. Are there any other books you’d like to mention, especially some that might have been an influence on Chu♥lip?

YK: I love children’s books in particular. I could cite Michael Ende’s Neverending Story and Momo, among many other.

On a related note, I also went to see a lot of Juro Kara’s plays when I was young – he’s a famous underground playwright. I have a lot of respect for his work.

Q: The best part of Chu♥lip is how fun it is to simply walk around the game’s town. The atmosphere is funny and surreal, but it also feel a lot like “everyday Japan”. I often got hungry when playing because it made me think of yakitori stands! Why did you choose to go for something authentic?

YK: I love the real world. The actual, real world. There is both joy and despair to be found in its course. Back when I was working on Chu♥lip, I lived in a small district of Tokyo called Meidaimae, and I often spent time drinking whisky at a nearby bar. I got to talk to a lot of strange people everyday, in this real world.

That’s when I realized there exists a strange feeling of surprise in both the real and the unreal. That’s why you can feel that “yakitori atmosphere” when you play Chu♥lip – I wanted the player to experience the same sense of strangeness.

Q: Kissing in public isn’t something that really happens in Japan. Why did you want to make a game about something that isn’t really accepted in your country, yet set in a Japanese setting?

YK: That contradiction is my poem. Kissing is a really important part of everyone’s life. And you are right when you say that Japanese people wouldn’t kiss on the street. But even though it looks like they barely ever kiss, they still kiss a lot when they’re at home.

Q: GiFTPiA and Chu♥lip are different games but I feel like they have a lot in common. Do you think there is a “LOVEdeLIC spirit” living through Punchline, skip and Vanpool?

YK: No, I don’t really think so. I love Vanpool’s work, but when it comes to GiFTPiA… I don’t really like it, actually. I don’t feel there is that much similarity with the LOVEdeLIC era.

I did love Mr. Taniguchi’s soundtrack to it, though.

Q: Are the characters of Chu♥lip purely fictional, or were you inspired by people you know, or maybe even yourself?

YK: A lot of Chu♥lip‘s characters are based on my friends and neighbours – people living in the real world. But that’s not just true for Chu♥lip – that’s true for every story I wrote.

I often use my own friends as characters in the stories I come up with.

Q: Chu♥lip is light-hearted, but it also has a more mature side to it. For example, you wanted to address the issues of social pressure. I also really liked Batayan’s story with his job at the factory. What were your inspirations for telling these stories?

YK: You really grasped what I wanted to express in Chu♥lip. There are a lot of metaphors to be found in the game: For example, there are what I’d call the “walls of the underground cave”, which are kind of like the “walls” we encounter in our own lives.

Every each of the characters – whether a child, adult, student, teacher, office worker, muscle man, drunkard… – is feeling and dealing with that heavy, invisible wall. That’s the kind of obstacle that just suddenly appears on your way one day, standing firmly between you and your future.

I sometimes think about how every person feels like he’s a “bird in a small cage” at some point. Don’t you have that feeling sometimes too?

Maybe I’m just green… but adults can sometimes live their lives without even really noticing that birdcage. Batayan, however, is one of these persons who managed to break free from their cage – and you got that part pretty well.

Q: Mr. Suzuki, Mr. Yamada, Mr. Inoue, Mrs. Iwata, Mr. Saito… The teachers from the underground are a strange people. Could you talk a bit more about them? How did you decide on giving them these peculiar personalities?

YK: These characters are stereotypical grown-ups. Adults in general just live that way.

When it comes to that, Mr. Suzuki and his co-workers all behave the same way as real adults. Yet, I find this… charming, in a way. Every adult has his own good side. I really love strange adults and the elderly.

Q: I also loved Chu♥lip‘s soundtrack, which was composed by Mr. Taniguchi – especially the songs that sounds a bit like kayoukyoku. Did you give any directions on what kind of music he should create?

YK: Basically, I trust Mr. Taniguchi entirely. We both love talking – even too much, actually. We often chat with each other, and we often discuss a lot of things before starting work on a video game.

I remember that time when we were working on Chu♥lip: We’d talk about things like the Tensai Bakabon anime and a lot about music such as 70s kayoukyoku, Louis Armstrong, doo-wop or Serge Gainsbourg. It brings back memories.

Q: Finally… The message between the game designers and the players is very important. What is the general message you wanted to convey with Chu♥lip?

YK: The answer is very simple: “Each person has its own different happiness.”

Having money on your bank account can’t be your only fortune in life. Everybody has a different life, a different happy life.

Thanks to Mr. Kimura for his quick and kind response. He even went out of his way to answer in English!