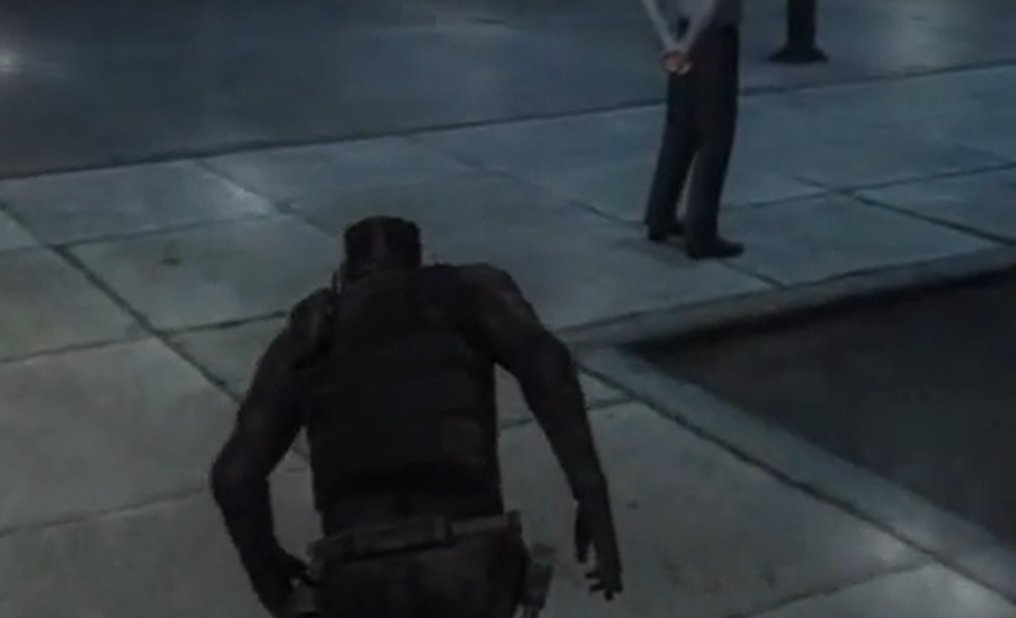 At least the premise is interesting; vampires are taking over the world! They’re lightning fast and have superhuman senses, but those are dulled by the rain, so it makes sense for your elite team of puny humans to wait for a storm to strike. The hunter becomes the hunted! 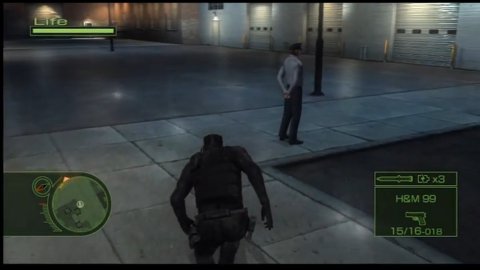 That’s just the setup, though, rain doesn’t actually do anything in the game. Vampire Rain is as basic a stealth shooter as there is. The only original mechanics are goggles that can differentiate humans from vampires and “alpha” vampires that when killed also cause the death of all their lesser minions. Not much is done with either, however. Otherwise, the mechanics are fine, but the game has no interesting features or situations. You go through bland cityscapes, sewers, dilapidated buildings and empty factories. Many areas are reused (always raining, always at night). Everything is murky and colorless. There’s usually only one right solution to every situation and Vampire Rain does none of the things his betters do, like larger areas with multiple sneak paths, optional objectives, the choice to incapacitate or kill, hacking/lockpicking or the option to just go guns blazing (usually suicide here). 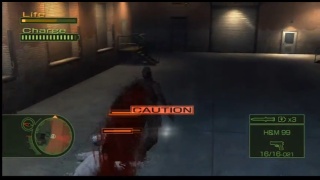 If the game is known for one thing, it is the brutality of the enemies. At the beginning, the game hands you a pistol supposedly modified to kill vampires. The average experience goes something like this: you try it on a vampire and it barely dents his health bar. Then said vampire runs up to you at blazing speed and kills you in two hits, sending your body careening through the air in an amusing display of bad ragdoll physics. That must be why they tell you to scare birds with that gun. Invincible opposition is not unheard of or even unwarranted in stealth games, but way to make a terrible first impression Vampire Rain! 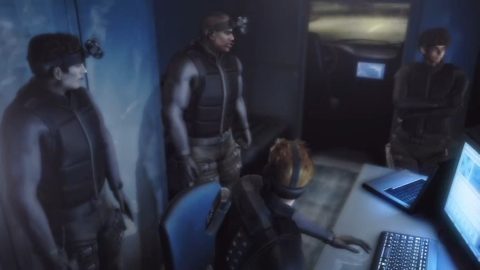 You do get better weapons eventually, but they just highlight the fact that vampires have only one battle plan: turn into nasty monsters and charge straight at you. On top of that, the game never gives you the option to evade your pursuers. Once spotted, you might as well lie down and close your eyes. 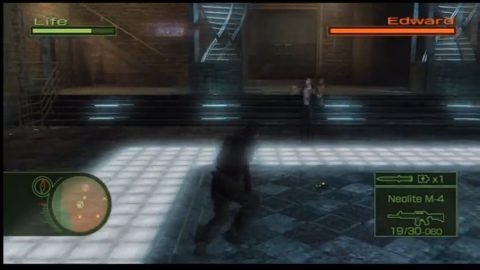 The game is long, very slow and has more than a full game’s worth of cutscenes, one for every minute detail, in a constant stream of spy-babble: HQ requires recon on the rendezvous point to get intel for a route before eliminating contacts at the coordinate positions… The game tries to go through the usual motions: a tragic past, the wiped out advance team, the ally that betrays you for reasons that make no sense and the bad guy with an incomprehensible motive. The scriptwriters, the animators, the voice actors, no one puts much heart into it, though. 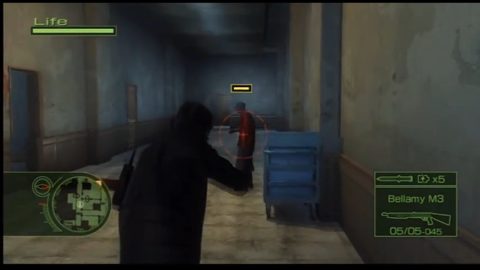 Vampire Rain‘s biggest sin is that it has absolutely no personality, but it does try pretty hard to steal Metal Gear Solid‘s: green monochrome HUD, LIFE bar, vision cone mini-map… even the frickin’ CALL display. The hero, whose name is not worth remembering, is a generic spy dude that nonetheless looks quite a bit like the classic Solid Snake (he does have a night vision goggle eye thingy, which is not at all reminiscent of Splinter Cell). The vampires do look very nasty, though. There’s a PS3 port which improves nothing but tries very hard to hide the vampires with new box art and a new subtitle: “Altered Species”. This game is so ashamed to be about vampires (it was before the first Twilight movie, you know). Despite the title, they don’t even call them vampires… they’re Nightwalkers, ok? How can a stealth espionage game about vampires be this bland? 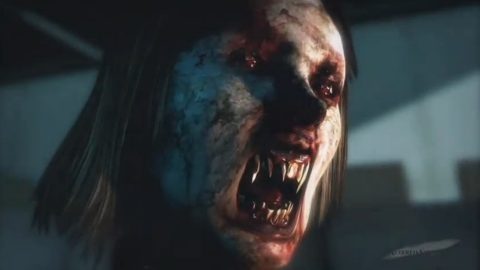 Vampire Rain is serviceable, sort of, but it’s at the bottom of the pile of the stealth genre. So if you really need one more stealth game, look in the bargain bin…