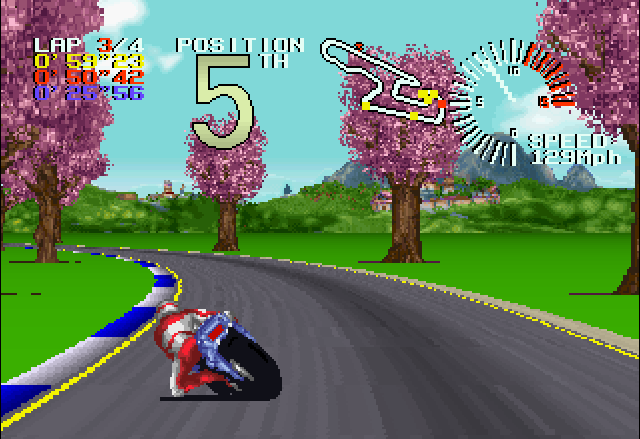 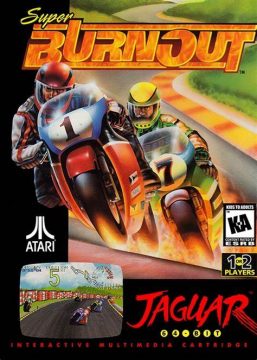 The Atari Jaguar isn’t exactly known for hosting a stellar library of racing and driving games under its belt: Rebellion’s Checkered Flag, a remake of the E-JagFest fan favorite multiplayer on the Lynx, is renowned for its extremely low framerate and unresponsive twitchy controls. There is also the “so bad it’s good” Club Drive and the somehow even worse Supercross 3D (or “Supercross X”, as spelled at the title screen) by the UK chaps at Tiertex Design Studios. While World Tour Racing is considered to be one of the better ones out of the 3D racing games for the Jaguar, it was only released on the ill-fated CD-ROM add-on and not many folks will have the chance of playing it due to the difficulty of finding a fully working Jaguar CD.

There were several more racing games planned for the platform such as conversions of Gremlin Graphics’ Nigel Mansell’s World Championship Racing, Jaleco’s Cisco Heat and Leland Corporation’s Super Off Road, but none of these titles would ever be released due to the lack of commercial success of the platform. However on the 2D front, the Jaguar did manage to get three titles that stand above on the system’s limited racing library: Atari Karts, Power Drive Rally and Super Burnout. Created by the small but talented French team named Shen Technologies, whose members came from the demoscene, and inspired by both Super Hang-On and Suzuka 8 Hours, Super Burnout is not only the best racing title but also one of the best games in the library of the Jaguar. This is especially true considering it was developed within a year in one of the authors’ bedrooms with a borrowed Alpine development kit from Virtual Xperience, who co-published the title alongside Atari, which is quite an accomplishment 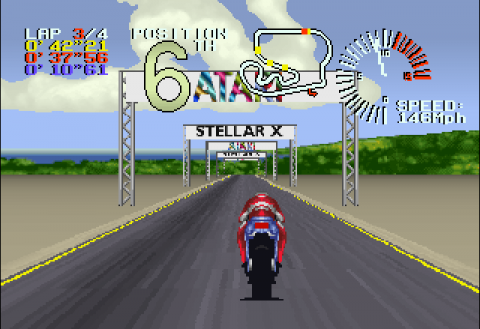 So, what it is exactly that makes Super Burnout special, then, being on the Jaguar? For starters, it’s your standard arcade-style racing game where you compete against other opponents or the clock, depending on the mode you’ve chosen, in tracks set across various parts of the world. That’s it – simple yet effective, but the beauty of the game lies within its controls, which are some of the most responsive you’ll find on the Jaguar, which is a refreshing change of pace compared to the aforementioned 3D racing titles on the system. Not exactly a high bar, but a solid achievement nonetheless.

So what does the game offer in terms of content? There are four selectable game modes, all of which correlate as to what they are in their names: Trainer, Versus, Championship and Record. Trainer is your run-of-the-mill training mode where players can get the hang of the controls,  practice with any of the selectable bikes and get the feel of how each one reacts. There are seven to choose at the beginning, plus an unlockable eight bike that can only be obtained by getting the A rank on Championship mode, or by punching a cheat code at the title screen. 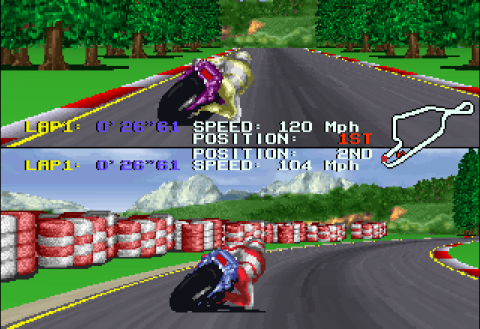 Versus in the game’s main multiplayer where up to two players compete against each other in any of their preferred tracks, however, there are two caveats. There is no music during gameplay and only the sound effects are enabled, which was done due to sound quality issues during development, because the Jaguar’s hardware doesn’t have enough CPU power to play both music and sound effects at the same time. The other caveat is that the second player has more window area than the first player, leading to a unfair advantage when playing in some of the more technical tracks, where split-second reaction is necessary to avoid crashing. Speaking of which, players can also collide against each other as well if one is at a lower speed than the other, and this also applies when racing against computer opponents in single-player.

Record is a fancy name for the time trial mode, where players compete against the clock in an attempt to obtain the best time possible. Lastly, Championship is the main single-player mode where one must compete against drone opponents in tracks on a successive manner to reach a high ranking depending on performance (AKA, the place reached after finishing a track).

The graphics have that Amiga feel from European-developed titles of the era, with bold colors and enough detail to distinguish tracks from each other, some of which feature day-to-night (or vice-versa) transitions during gameplay. However the real show-stealer is the speed at which the game runs. Locked at a rock-solid 60 frames per second (and one of the few Jaguar games to do so), sprites and objects scale at a blazing speed that few 2D titles could match as you fly on the tracks, showcasing the sprite scaling capabilities of the Jaguar and making you wonder why Atari didn’t emphasize making more 2D titles for the platform. The sound quality is also quite good. Alexandre Ekian composed the music with a combination of the Atari STe and synthesizers, making a good European-style soundtrack that is catchy enough to be listened on its own, though it’s not Sega-quality stuff. 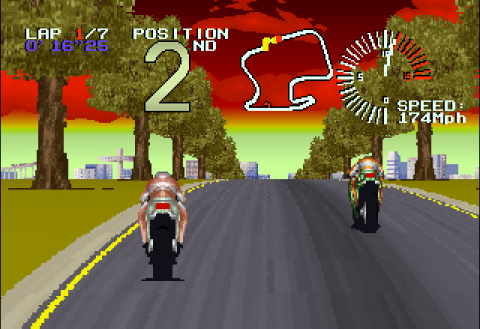 One valid complaint is that the some of the tracks were not properly designed to complement the shortcomings that each bike has, which can lead to players crashing more often that they should, among other minor complaints. Otherwise, Super Burnout proved that, in the right hands, the Jaguar could pull out some really solid racing games like this one. Shen, the main developer of the game, had another project in the works that can be seen teased at the billboards of specific tracks during gameplay; Stellar X (also known as Nexus), which was going to be a shoot-em-up similar to Raiden but with a more aggressive art style pushing the 2D capabilities of the Jaguar even further than Super Burnout. This was canceled due to the arrival of both PlayStation and Sega Saturn onto the scene, and so Nexus was terminated. And while Shen would go on to develop two entries in the Adidas Power Soccer series for Psygnosis, the company closed its doors in late 1998.

One last thing worth mentioning is the credits sequence. In addition of teasing Nexus in a message written in French, the credits also challenges you to beat the personal records of both the developers and especially those of an old video game fan called Olivier Foubert. Although you do not receive anything in exchange for beating these records, it’s a cool way to entice players to keep playing the game. It’s worth looking at the full credits at least once. It received mixed reception from video game magazines back in the day but has gained a better reputation from those who have played it over the years for being a quality title for the Jaguar.