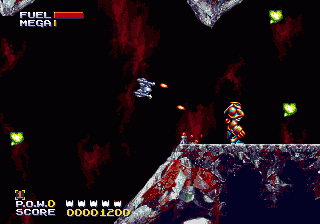 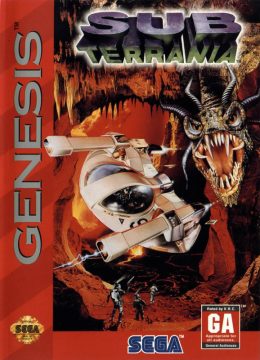 A mining colony has been attacked by an unknown alien race, and humanity’s last hope is a skilled pilot in a prototype attack craft. It’s your task for fly through 10 missions and complete mission objectives for the good of mankind.

Sub-Terrania plays like a very advanced version of the classic computer game Thrust – maneuvering your ship involves rotating and pressing the B button to thrust forward. You can also thrust backward, if need be. The thing is, though, your ship has a very limited supply of fuel and can only thrust for a little under a minute before needing a refill. If you happen to run out of fuel, your ship loses control and plummets toward the ground. Gravity is your enemy, and you’re also working against the very laws of physics here – your ship is constantly drifting downwards, and if you don’t land in just the right way, your ship will bounce off the ground and take a little bit of damage. And shield recharges are hard to come by. 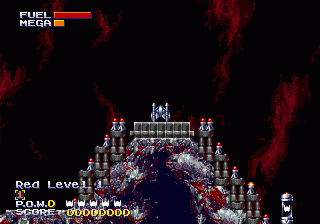 Your mission objectives typically include rescuing prisoners of war, Choplifter-style. There will usually be some enemies around, so you’ll need to watch your fire as you battle them or else risk killing them. If too many POW’s get killed by your careless bullet-spraying antics, you’ll have to return to base to “re-establish” the mission (i.e. respawn the POW’s). As far as I can tell, there’s no real penalty for that, aside from wasting fuel by having to fly all the way back to base. In most of the levels, there is a Sub-Module that you’ll need to collect as well. According to the game, you need at least six of them to be able to enter the underwater levels – this seems to just be a plot device, as the submodules are otherwise useless.

A neat concept in Sub-Terrania is that completing missions isn’t always about blowing crap up. Mission 3, for example, requires you to destroy a commandeered mining laser, but it’s contained behind a shield and is impervious to nearly all attacks. So you’ll need to use an array of mirrors, carried by your ship’s tow hook (which makes it much harder to fly), to use the laser against itself – by first destroying a wall leading to its shield generator, and then using one last mirror to reflect the laser’s blast right back at itself. It’s really tricky to pull off, and is probably one of the most fun missions in the game. 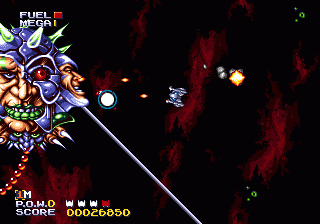 At the time of its release, many magazines that reviewed Sub-Terrania criticized it for its often punishing difficulty level. And they’re mostly right – the game is quite difficult, requiring you to master the game’s physics and memorize the best routes through the missions in order to optimize your fuel usage. But it’s not quite as difficult as, say, a Contra game.

Technically speaking, the visuals aren’t too advanced, but this is mostly due to the fact that Zyrinx did not actually possess an official Sega development kit when they created it. Rather, they hacked together their own – which worked well enough for them to have a mostly-polished product once the time came to submit their work to Sega for approval. Even in spite of this, the game looks fantastic by Genesis standards, especially the terrain. The collision detection is superb, and everything controls very tightly. 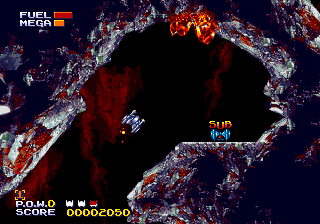 The best part of Sub-Terrania, though, is the soundtrack. Composed by Jesper Kyd, the musical score pounds out some impressive music from the Genesis’ FM hardware. Pretty much every song in the game is in excess of five minutes long, and is great for listening to outside of the game if you’re into stuff like Juno Reactor.