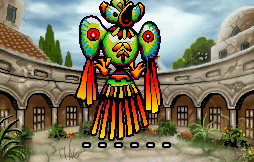 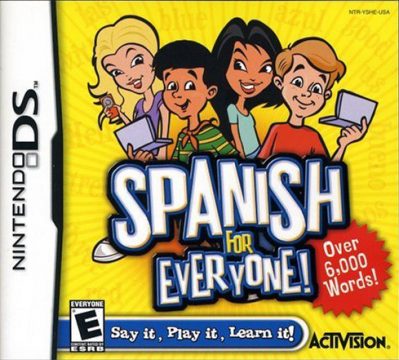 It’s hard to imagine now, but in 2007 the cell phone wasn’t our most versatile tool. The iPhone would debut in the middle of that year and change everything with the App Store, but before that, we had to rely on a different portable device for various entertainment and lifestyle needs: The Nintendo DS. With its innovative touch screen and relatively inexpensive price tag, the DS quickly became a common household item that was useful for more than just gaming. The DS library was quickly flooded with all manners of applications to help with things like fitness and quitting smoking; even Nintendo got in on the act with a virtual cookbook. And as with any library, some of the software were great tools while others were basically useless. And then there’s Spanish for Everyone!, which, despite the title, is clearly not for everyone. 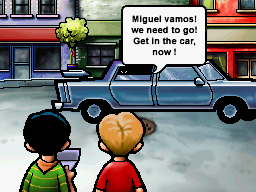 Spanish for Everyone‘s story-heavy main game features some of the most absurdly racist undertones and ethnic caricatures in modern gaming, sure to put off anyone with an interest in Hispanic culture (presumably including a large demographic of Spanish language students). The game opens with the main character, 10-year old precocious child Shawn, handing his older brother’s Nintendo DS to his friend Miguel. Miguel’s shady father then pulls up in his limo and hurriedly rushes Miguel into the car as they drive off to Tijuana with cop cars in high pursuit and Shawn’s DS still in hand. 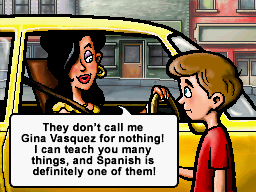 What follows is a parade of Mexican stereotypes that would put a Speedy Gonzales anthology collection to shame as Shawn’s heavily-implied-prostitute aunt shows up to drive Shawn to Tijuana while also teaching him many things (“and Spanish is definitely one of them!” she proclaims), eventually leading to Shawn being escorted by his uncle who works together with Miguel’s dad in the business of “US exports”. The ghost town is called “La Zorra”, which has variety of meanings depending on the country, but none of them are suitable for polite company. Also at one point there’s a talking bull. It’s all very strange, and the only thing that keeps it from being vile (though still horribly offensive) is how over the top and silly it is. In a thread on the Starmen.net forums, the writer reveals that, since it was a budget title, they tossed caution to the wind and wrote something so extraordinarily goofy. 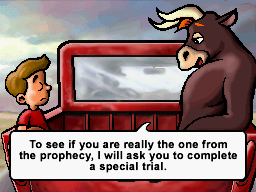 Seeing the story unfortunately requires playing Spanish for Everyone!, which is also not for anyone who is looking to have fun or learn Spanish. It consists of three word games: a piñata-themed take on Hangman, a word find game, and a memory style matching game, with nothing to help reinforce the vocabulary or teach grammar at all. The games are kind enough to show you the word’s English or Spanish equivalent, but usually this is a quick flash that you may miss, particularly since it’s usually on the screen opposite of where you’re playing. 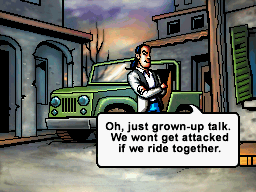 And if you are in it just to watch the nonsense story, even that is an exercise in tedium. To reach each destination on Shawn’s adventure and thus continue the story, the player must play any of these three games until they earn enough points to do a short ‘test’ (basically all three games in a row on a specified difficulty level with a time limit), watch the next cutscene and then do it all over again. Each game gives out a ridiculously low number of points even at the higher difficulty levels, especially compared to the prerequisite amount required to access the test. This means the fastest way through the game is already knowing Spanish, which completely defeats the point. Time and energy are best saved by just witnessing the game’s comically repugnant storyline on YouTube. Thank God it’s not 2007 anymore. 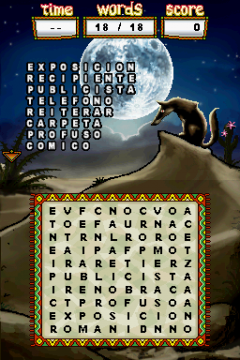