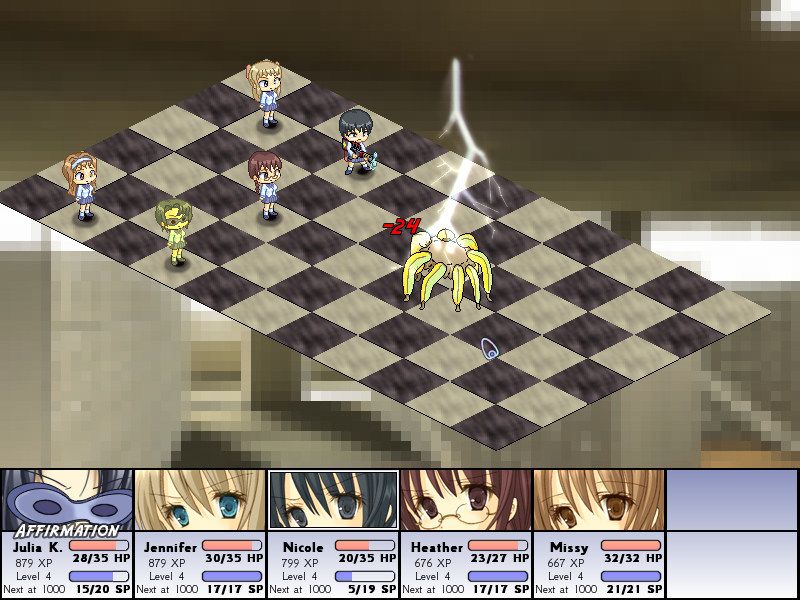 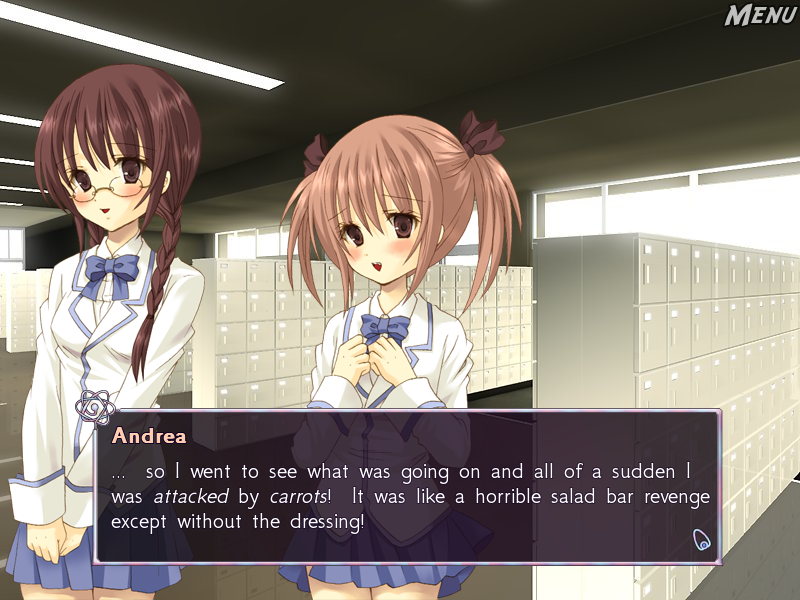 The game begins with you naming the psychology major of the group, and taking her as your player character. From there, bizarre aliens suddenly appear, and you’re tasked with exploring the school and working your way down to find your friends, discovering what these invaders are, and stopping the invasion before the entire town is taken over. 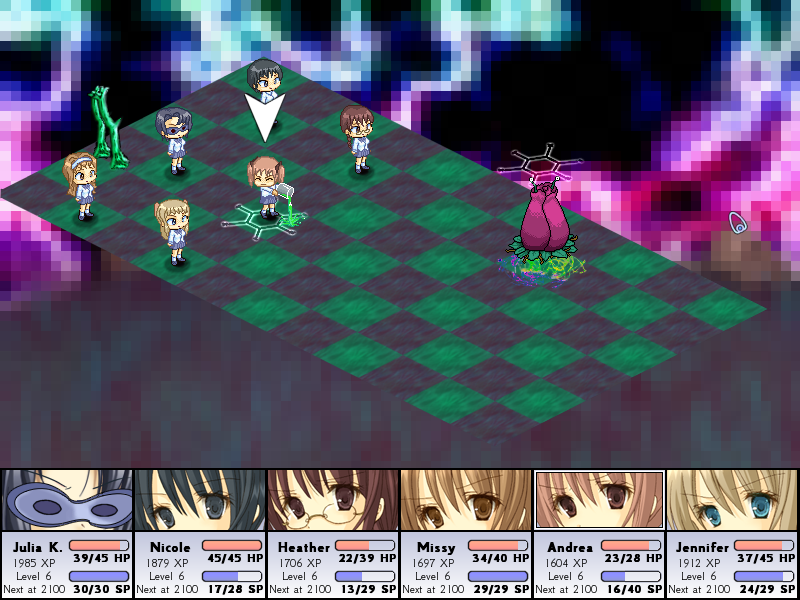 There’s a charm to the game’s silly writing. It never takes itself that seriously, and the entire main cast is made up of anime girl archetypes crossed with mad scientist tropes. As a result, the cast is made up of wacky characters like a chemist who’s go to solution is explosions, a spacey computer nerd who’s not even aware an invasion is going on at first, and a tomboy who knows how to make use of homemade lightning guns and flamethrowers. The enemies are equally as ridiculous, with the threatening mind controlling creatures balanced out by plums with sunglasses and vampire pears.

Everyone has a useless base physical attack, and a whole mess of special abilities related to their given scientific focus. Your main character can use psychology to boost team morale and weaken enemies, the computer nerd can shoot physical spam, the physics focused student can use magnets to smash enemies into each other, and so forth. With every level up, you can either build up a base stat, or a particular skill. After level six, the girls also gain finisher moves that grant extra experience if used to defeat enemies. It helps speed things up during grindier bits. The one gameplay element that really sticks out is the row formation, allowing you to switch out your team members between the two rows whenever it’s your turn, and you can act instantly (much like Final Fantasy X). That alone prevents so much frustration from the slippy difficulty curve, but back row members aren’t completely safe. Some enemies can reach back there, creating some challenge in the final boss battle. 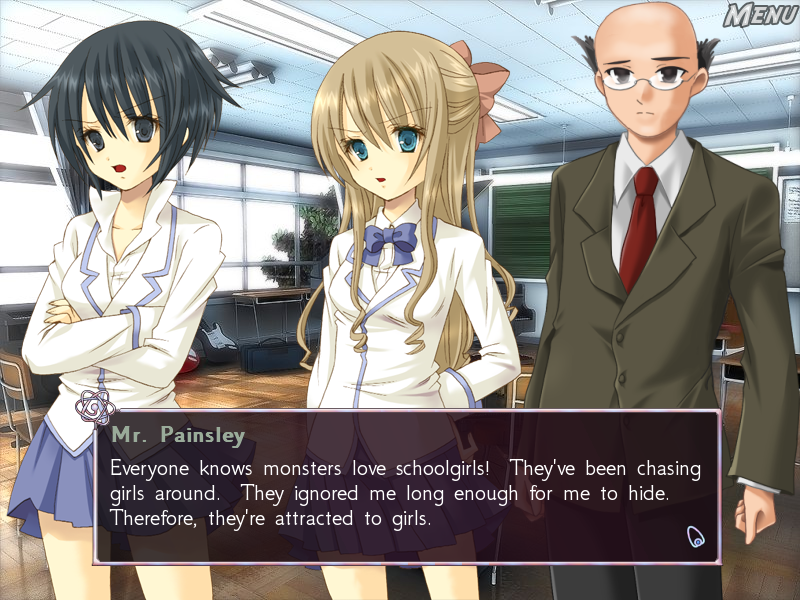 The game is thankfully short, at four to five hours. It has a cute charm, it also has bare bones production values and art direction. The areas on the alien home world are poorly made and filled with badly repeated objects, and the school has JPGs slapped on crude hallways to represent rooms. The music doesn’t fare better, with some tracks sounding unfinished, and they loop poorly. If the game wasn’t so short, this would be impossible to put up with.

Science Girls is the sort of game made for a specific crowd, and a very small one at that. But it does its job well, and it manages to be engaging, despite its faults and partly because of them. If what you see in the screenshots looks terrible to you, pass it. For everyone else, you may get a chuckle here and there.