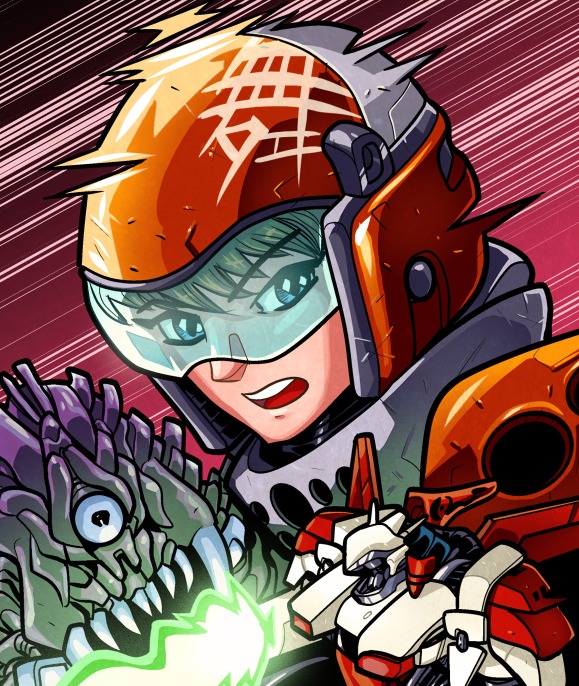 So 2020 is (finally) coming to a close, which means it’s time to give an update on everything going on at HG101!

We have a brand new set of retro-themed postcards, each with originally commissioned art on the front, with screenshots and other information on the back. Featured are Alien Soldier, Shin Megami Tensei, and MUSHA (by Rusty Shackles), Shin Megami Tensei: Nocturne (by Jorge M Velez), Saturday Night Slam Masters (by Mike Morrocco) and Cotton (by Kaibuzetta). Anyone who has an active pledge of $16 on more on the Patreon by the end of December 2020 (or during January 2021, when these will probably be shipped out) will receive these in the mail. If you’re a new Patron, you can also request some of the previous batches since we have a bunch of extra ones – we originally meant to distribute these at conventions, but that was one of the many (many, many) things derailed by this year. We’re also planning a next round of postcards for sometime in the middle of 2021.

There are plenty of other bonuses for pledging to the Patreon – the $2 level will include access to a whole ton of exclusive podcast episodes (122 as of this writing), the $5 level gives access to PDF copies of our three latest HG101 published books (The Unofficial Guide to Shin Megami Tensei and Persona, Wrestling with Pixels, and Digest Vol 6: Namco Arcade Classics), the $16 level gives access to digital copies of all our books, and the $20 level includes physical copies of the books as they’re released. We’ll probably be re-adjusting the tiers in the near future just because these deals are really almost too good, so now’s a good time to jump onto them! Additionally, we hit the $2,250 stretch goal last week to ramp up regular columns on Japanese Obscurities and other topics, so please look forward to those in the future! Additionally, if you pay for a full year upfront, you’ll receive a 16% discount on the total price, which is the maximum Patreon will allow.

There’s still a little bit time before Christmas, so if you’re looking for an interesting present for another video game fan (or perhaps one yourself), here’s a recap of what we’ve put out this past year and a quick look inside of them. These also include Amazon affiliate links, so if you purchase something (even if it’s not any of our books!) it’ll still help support the site. 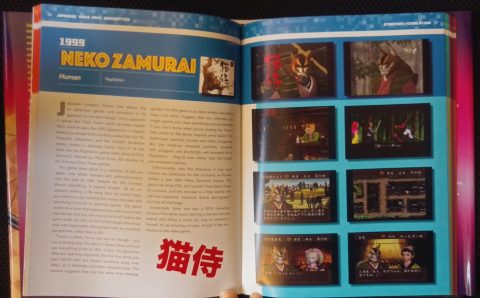 This actually came out last year in the United Kingdom (where the publisher was located) but didn’t hit North American distribution until March of this year. This is a bit different from our other books in that it’s hardcover, and the approach is more general, including looks at 101 unique, interesting, or historically important Japanese games. The book was in the works for a few years, and some of them were actually remade or localized into English during that period (including Yu-No, Langrisser, Zwei!!, and Moon: Remix RPG Adventure), which highlights how important many of these games were at the time, even if most of them weren’t really all that well known outside of Japan. We’re still loosely planning a second volume, though much of that depends on the future sales of this one. You can purchase on Amazon here.

Since I occasionally get questions about it – this book was published by Unbound, which means I don’t have the rights to distribute it myself, so it’s excluded from the Patreon bonuses. But on the other hand, Amazon regularly discounts it, so it usually ends up being a little bit cheaper than the other books we self-publish. 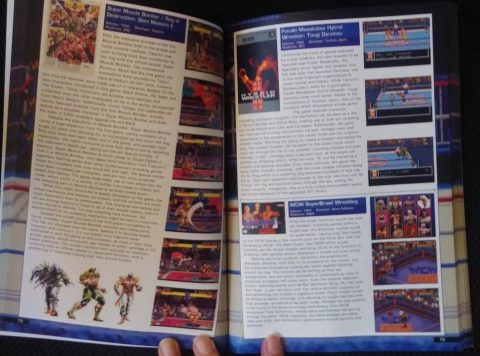 This compendium is the result of nearly seven years of work, and catalogs pretty much every wrestling (and wrestling-themed) game from the genre’s inception up until 2017. There’s an incredible amount of coverage here, between both the American-made games (which most fans are probably familiar with) and the many, many Japanese-only titles, including the myriad of Fire Pro games. At 242 pages, it’s one of our largest books too, at least outside of the adventure game book. You can purchase on Amazon, though a cheaper black and white version is also available.

The Unofficial Guide to Shin Megami Tensei and Persona 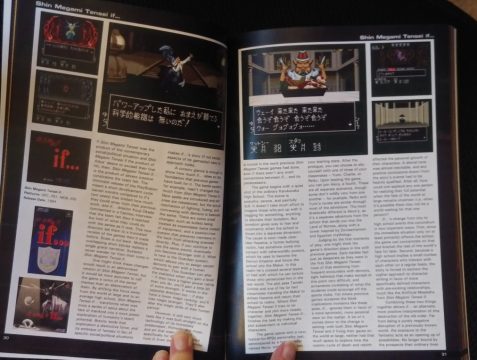 Another book several years in the making, we drastically overhauled our old Shin Megami Tensei and Persona articles for publication here, rewriting and updating almost all of them. All of the mainline games are covered, as well as the numerous spinoffs, plus a couple of essays, some looks at the tie-in media, and an overview of the original Megami Tensei books. This is an essential primer for the upcoming release of Shin Megami Tensei V coming next year! You can purchase on Amazon here.

Many of our books can currently be found in the Storybundle running until December 24th, which includes a total of 95 video game-themed ebooks for just $30. All of our books can also be purchased on our itch.io site, which includes PDFs and (in most cases) text EPUB and Kindle files. Additionally, we ask that if you enjoy any of our books, please leave a five star rating for them on Amazon, because it really helps us break through their recommendation algorithms and helps us out immensely! 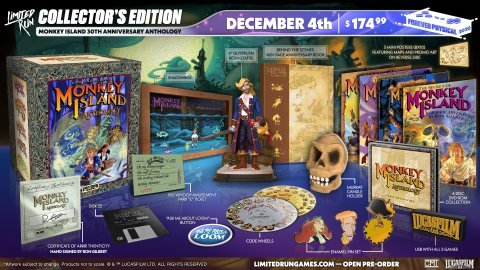 Although not an HG101 project, I helped work on the the Behind the Scenes book that will be included with the Monkey Island 30th Anniversary Anthology. We interviewed over a dozen developers, and I can guarantee it will be essential reading for Monkey Island fans, as there are a lot of great stories in there. Preorders for the whole bundle run through January 31, 2021.

As far as books published directly by HG101, the next one up will be The Guide to Shoot-em-ups Vol. 2. The focus on this will be Toaplan, Raizing, and Psikyo, along with whatever else we can squeeze in. More information will be coming soon, probably when the cover is ready to be publicly shown. I’ll also be working to create a preview for Patreon backers at some point in the near future.

After that will be The Guide to Beat-em-ups Vol. 1. A bulk of this entry will focus on Technos, since between Kunio-kun/Renegade and Double Dragon, they basically established the genre as we know it, while the rest of book will cover games by Capcom and Konami, as well as Sega’s Streets of Rage. We’re aiming to have this out before the summer. A preview PDF can already be found on our Patreon at the $5+ level. After that, our plans haven’t been set into stone, but I’d like to do another Nintendo-themed digest, featuring Metroid and Kid Icarus, and perhaps some lesser known Nintendo games. We’re also looking into producing subsequent volumes in the Retro Indie Game series.

But even bigger than that is the upcoming Guide to Japanese Role-Playing Games, a collaboration with Bitmap Books. We spent most of 2020 and (and a good chunk of 2019) putting together this massive 650+ page tome, covering games all of the way from the genre’s inception, up until present. It’s somewhat similar to the CRPG Book, which was published by Bitmap a few years ago, just focusing on their Japanese counterparts. I may have gone overboard with the text and it’s taking quite a lot time to edit, but once it’s complete, it’ll be absolutely amazing, because nothing on this topic, on this scale, has even been produced before. We’re still setting down a release date but it’ll be mid-2021, most likely. You can sign up for the Bitmap Books newsletter for direct updates, and also follow our Twitter account, which also posts pictures and other bits of trivia. Please note that due to publication rights, we cannot distribute this directly either, so it can only be purchased from Bitmap.

Please stay safe these holidays and hope for better things in 2021!