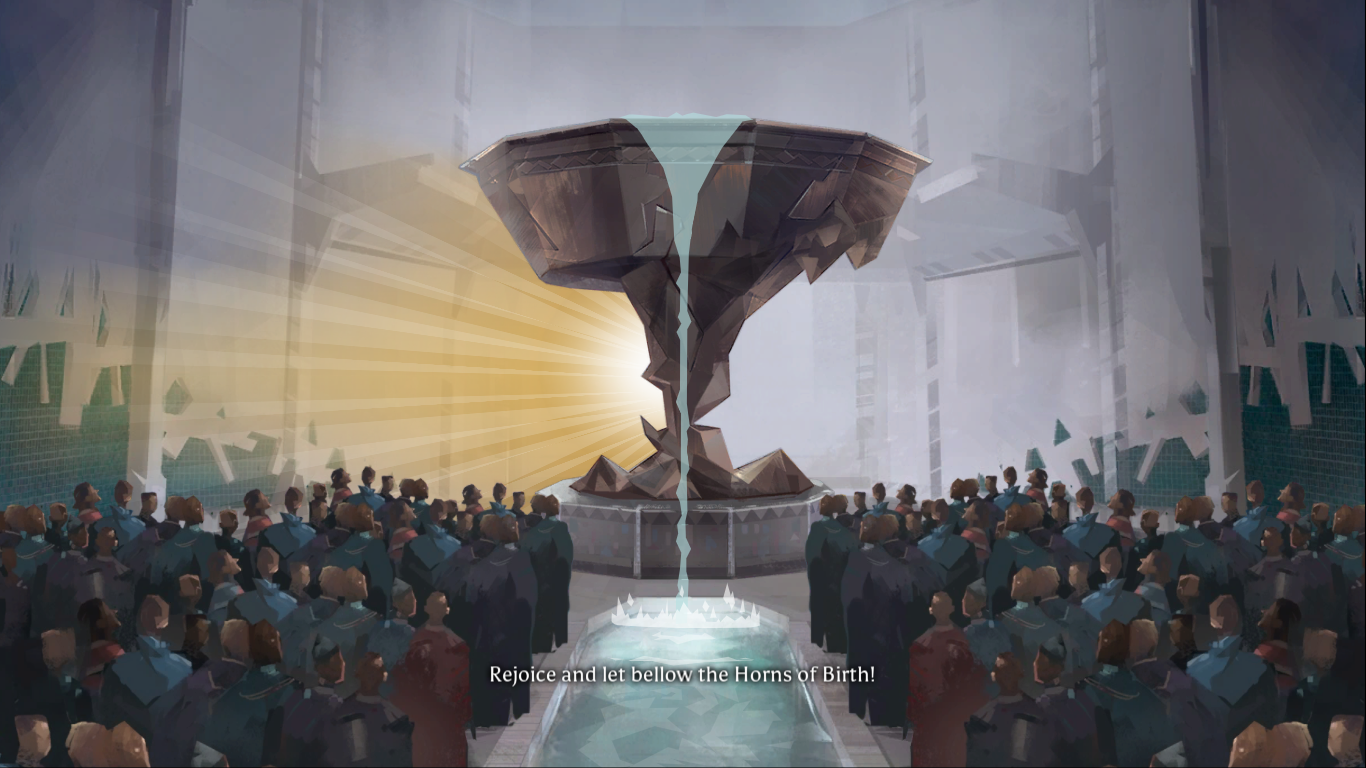 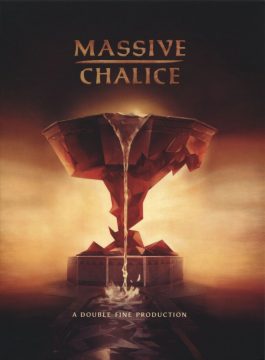 Double Fine’s initial success with crowdfunding definitely came from nostalgic fans, but their second attempt showed that they had learned something very important. Massive Chalice was initially hit with some controversy upon the start of its kickstarter campaign due to creating a system where heroes the player controlled would be paired up to create offspring, but there was no mention of same sex coupling. Director Brad Muir, who also worked in key positions on Psychonauts, Brutal Legend, and Iron Brigade, actually took this criticism into account. He admitted he never considered this, citing a blind spot from himself being heterosexual, and announced this feature would be added, resulting in the final game letting same sex couples adopt children into their family line. While just allowing a cosmetic option would have been enough, turning into genuine strategy showed real care for what their fan-base wanted. Double Fine knows their audience, and they’re willing to be humble and grow, even when they make mistakes. These qualities result in quaint but charming experiences with a special sort of flavor of their own, and Massive Chalice (the last game Muir made with Double Fine before joining Valve) is no exception. 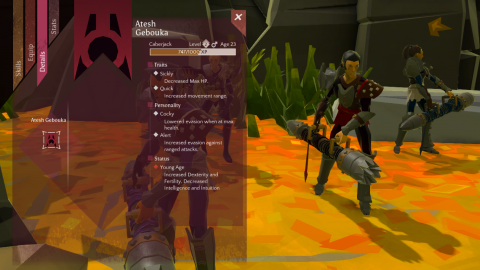 The basic premise is that you are an immortal ruler of a struggling kingdom, tasked to defend it against the corrupting force called the Cadence by the titular talking, magic chalice. It has the power to repel the invading evils, but they require roughly 300 years to do so. Your job is to guide the various clans of your land and build up your footholds and defenses in order to last out. To do so, you have to order research into everything ranging from the building of new structures to looking into new technology or fighting strategies, command your heroes in battle, and weigh your options as the Cadence choke down more and more, given advice by the spirits inside the chalice.

Massive Chalice is structured like a rogue-like, where failure is common and random elements affect every portion of the game. You start with a random selection of heroes from five different families, and every battle with the Cadence is randomized in layout, numbers faced, and where you’ll face them. On top of that, there are random events where you’re offered various options, with positive outcomes giving bonuses and negative outcomes resulting in dead heroes or stronger enemies, among other things. Even what heroes you get is random, from searching out new recruits to the children you get from the regents of your keeps. 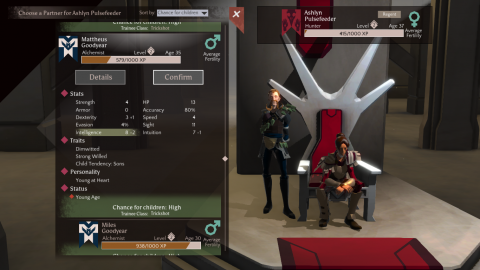 Heroes can be assigned as the regent of a keep, and then be given a partner that will either allow for the two to create offspring or adopt children. Offspring classes are decided based on the classes of the parents (one of the three starter classes or one of three combined classes), their various physical and personality traits inherited. These traits change their stats and range from nearsightedness to being rebellious and even a tendency to give sons instead of daughters (and vice versa). Deciding partners thus requires a consideration for their personality and personal health, with high level heroes not necessarily the best picks for your long term plans. Needless to say, they have to be replaced once they go deceased from old age.

Along with planning what to build and where, you also have to contend with Cadence raids on your territory. Your country is divided into different chunks of land, and if the Cadence manage to successfully raid a land three times, it becomes theirs and is cut off from you. There’s a risk and reward system in play as well, as you can only stop one raid at a time and there’s always at least two going on at once, and your outlining lands give bonuses if structures are build on them. Its safer to build closer to your capital, but the bonuses earned with structures at the edges can give you significant boosts that can help you out possibly even more. Along with that, stopping a raid gives a random reward, which can further complicate the issue. 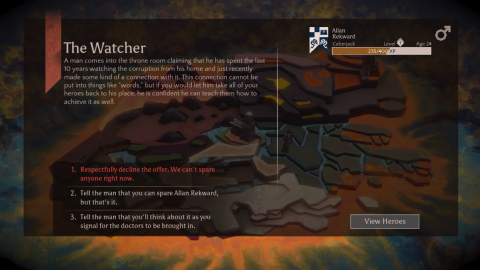 The game’s big strength is creating stress and making decisions count, especially when it comes to research. Just about every research project has many years attached to it to complete, including creating structures and making basic technology and class upgrades. You have to keep up with the ramping difficulty, which involves both making sure your future heroes are trained and that they have all the proper equipment, and its not easy by a long shot. You only have so much time, and there are long, unsure stretches if you go after big projects. All of this piles together to make the game feel as unsafe as possible, putting in a head space to always expect the worst and prepare for it in whatever way you can.

This actually make the battles feel like a breath of air at times, though they’re still very tricky. Your heroes start with three basic classes that basically specialize in long range sniping and scouting, offensive tanking, and bomb tossing, with combo classes found later. You’re allowed to take five into every fight, and then have to take out your foes on a map with fog of war covering it. If you go in gun-ho, your heroes will die fast, especially if you come across a new enemy type you’re not familiar with. This is especially important because the game runs on Fire Emblem rules. If a hero dies in battle, they’re gone for good. You have to scout carefully, bait enemies, take advantage of your environment, and take them out before they can swarm you. Everything is played out in a player turn and enemy turn, with every hero having set action points and ability to move on a hexagon grid, a la Wild Arms in its later installments. 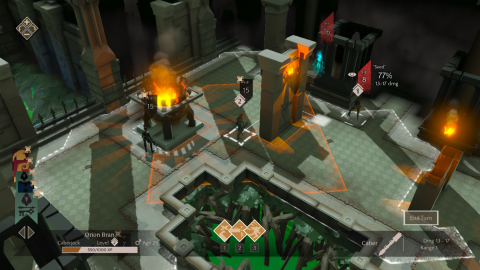 It’s a basic but solid system, and it’s a lot of fun once you figure out what each class is best at. Caberjacks are good at smashing and knocking around enemies up close and taking hits, hunters are great scouts and damage dealers from a distance, and alchemists can throw vials that explode in a radius for damage against anything within it. The mixed classes also add new tricks to a base class, making them more versatile and effective. Enemies also show a great deal of variety, including suicide bombers that leave toxic sludge on the ground that damages any unit standing in it at the start of your turn. There’s never really a moment where you fully understand your enemy, making slow and thoughtful decisions key for most raid battles.

This is a serious strategy game in every sense of the world. While the mechanics and systems are heavily simplified to make the game approachable, that doesn’t negate the challenge. Every part of the game works in tandem with another, piecing together to create an experience that constantly puts you on the edge and makes you think of what may or may not come. It has the hallmarks of a strong Double Fine game, complete with humorous dialog and a particular artistic style (a sort of mix of traditional fantasy and cut-out structures), but Muir’s direction and his team’s experience from other titles definitely comes together to make a simple but addictive experience, though only if you can get into a challenge. It’s not one of the best Double Fine games, but its certainly one worth trying out if just for the sheer design mastery on display. Doesn’t hurt that every word that comes out of the mouths of Simon Templeman and Anna Graves is absolute gold. It’s a complete package, a game fully realized that just needed some sort of other factor to really push it into greatness.