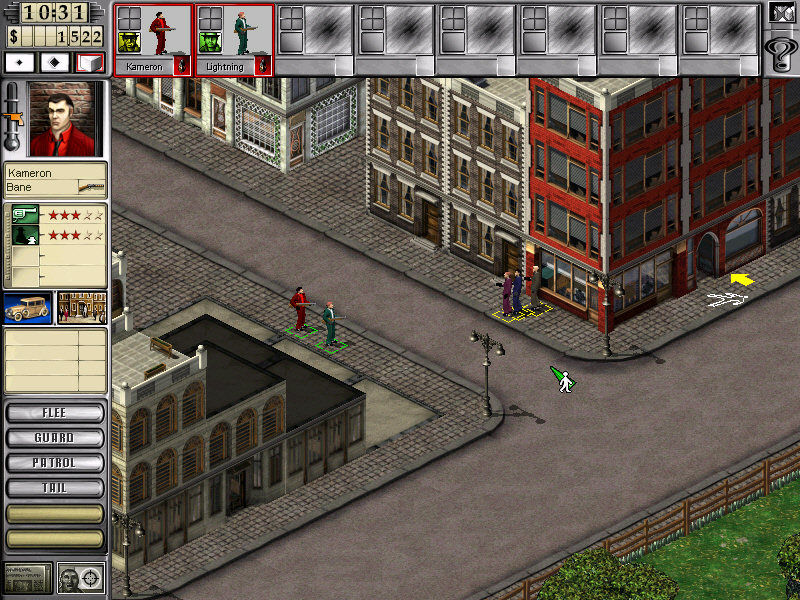 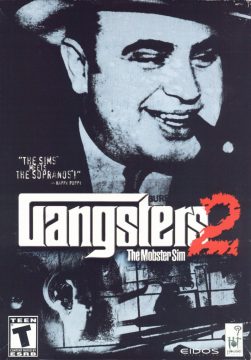 In contrast to the original, Gangsters 2 is not a simulator. It is the prohibition-era RTS that everyone apparently mistook the first Gangsters for, and it doesn’t have nearly the same amount of depth. You play a named character with a story arc about avenging his murdered father, which progresses throughout the game in a linear fashion.

Objective-based real-time missions comprise the bulk of the game: stuff like “kill this guy”, “kidnap that guy”, “set up / take over a business”. You hit the streets with a specific goal in mind and a small posse of hoods to back you up. Gangsters 2 essentially does away with the Planning Phase altogether, and has you moving groups of hoods around the city in a permanent Working Week scenario like moving troops around a very urban battlefield. Each mission begins with a briefing that highlights various primary and secondary objectives in the neighborhood, then turns you loose to do as you please (until the time limit runs out). Like in Gangsters, the city has a life of its own, but you could boil the game down to a Prohibition-themed and very linear Diablo.

For example, in the first mission, the briefing tells you to kill a gang leader and his two lieutenants, shows you which establishments they typically visit during the day (to give you a clue as to how to find and assassinate them), and highlights a lucrative business that will generate capital for buying more hoods. You only have 48 hours to kill the three targets before the rest of the gang moves in and sets up a speakeasy, closing your window of opportunity forever. 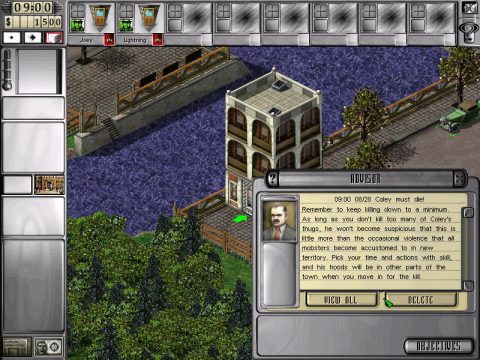 Property management becomes a secondary aspect as a result of the focus on RTS combat. You can still buy and set up businesses like in Gangsters, but it’s not to expand an empire as much as it is to further the limited goals of each mission and your ultimate goal of avenging your father’s murder. On the plus side, the narrow focus allowed for a Working Week scenario that feels a bit more refined and nuanced, and perhaps even less tedious than the original. If you’re looking for a more bite-sized 1920s gangster experience, this game might do the trick – the original requires a lot more commitment to learn and play.

The graphics appear to be all-new, but very similar in style to the original game. It uses the same isometric perspective, but with new car designs and a more colorful variety of characters: platinum blonde bombshells and hoodlums in bright green zoot suits are a welcome sight. The colors are overall lusher than the stale, smoggy palette of the original. The city map is, in stark contrast, pretty ugly in its plain design and gaudy color scheme. The original game’s map was a zoomed-out version of the city with much of the detail intact. The new map probably makes it easier to find hot spots, but it doesn’t look quite as nice. 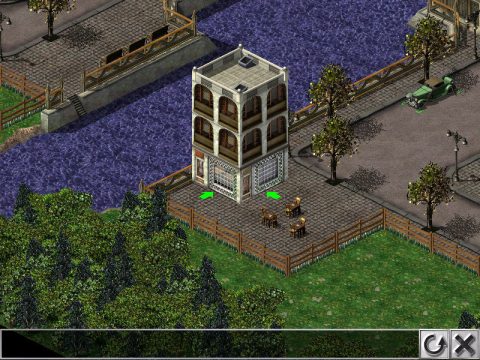 Overall, Gangsters 2 is a mere shadow of the nuanced, open-ended simulator the original was – it’s not nearly as satisfying unless a stripped-down action-adventure is what you’re looking for. If that’s the case, you’ll have a lot more fun with the sequel than the original. It really depends whether you’re in the mood to build and manage a criminal empire in the 1920s, or run around whacking wiseguys in a self-sustaining city.