I’ve been going to the Too Many Games convention as a vendor almost every year for the past five years, and I’ll be attending again this year! It’s on Friday through Sunday on June 22 through 24 at The Greater Philadelphia Expo Center at Oaks, PA (which is actually closer to the King of Prussia Mall than Philadelphia proper, if you’re familiar with Pennsylvanian geography). I’ll be selling copies of all of our books, including our newest one, NES Cult Classics. I’ll also have a selection of games and other stuff I’ve dug out of my closet and need to get rid of. I’ll also be sharing my table with Carrie Wood, author of The Overstreet Guide to Collecting Video Games, and selling copies of that and other Gemstone books as well.

We’re at the same spot we were last year (and the year before that), see the vendor map below: 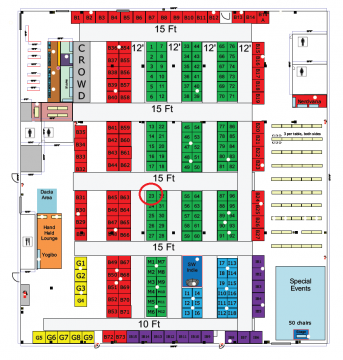 Here’s me and my booth from a few years back. When in doubt, look for the doughy bearded white guy with glasses 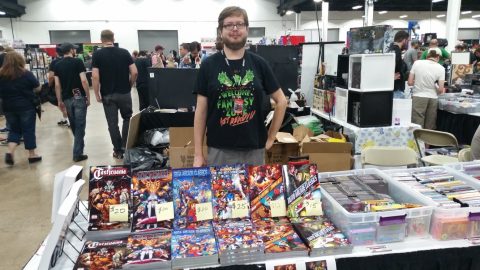 Here’s the several boxes of books we’ll be bringing, including the brand new NES Cult Classics, other recent books like The Guide to Retro Indie Games Vol. 1 and The Complete Guide to the Famicom Disk System, plus all three volumes of The Untold History of Japanese Game Developers. 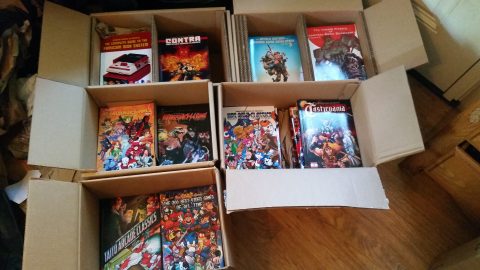 Here’s one of the boxes of games and music CDs I’ll be bringing: 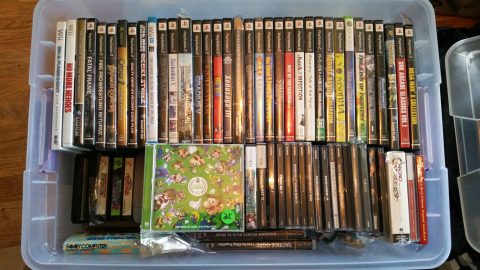 I’ve got a few extra copies of the Spanish hardcover edition of the Castlevania book (plus some bonus bookmarks): 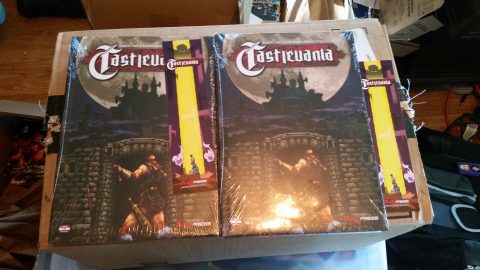 Got this big box of various Japanese magazines, manga, fanbooks, and strategy guides. 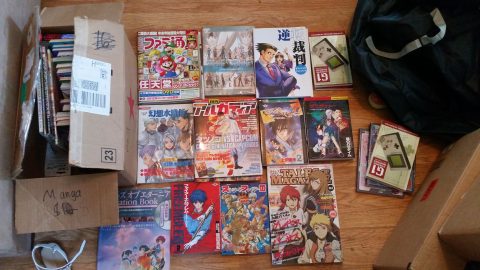 Finally, it’s obviously not for sale, but I also have a draft manuscript of the upcoming Japanese Video Game Obscurities book, if you’d like to give it a browse. 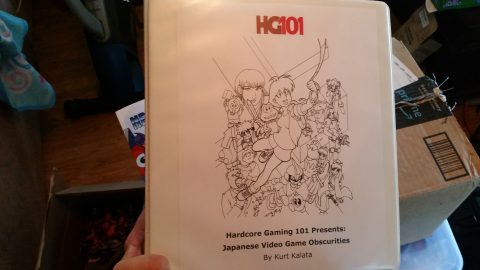 So, it’s another fun filled weekend fueled almost entirely by Wawa subs and coffee. Feel free to drop by and chat!