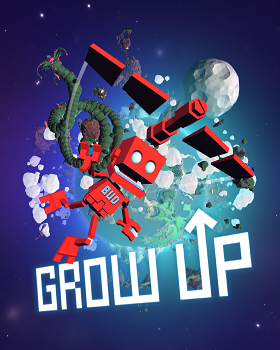 After the success of the unusual, but brilliant Grow Home, developer Reflections and publisher Ubisoft seemed eager to expand upon the game’s ideas and deliver a sequel far more ambitious (or at least, bigger) than what might have been expected at the time. Fast forward to 2016, a year and a half after the launch of the original, where Grow Up is released on computers and consoles.

With an open world full of things to do, Grow Up has its eyes set on surpassing the original and perhaps becoming one of Ubisoft’s new big franchises. But, to use a clichéd proverb, Grow Up flew too close to the sun, and lost what made the original game so good at the cost of more content. 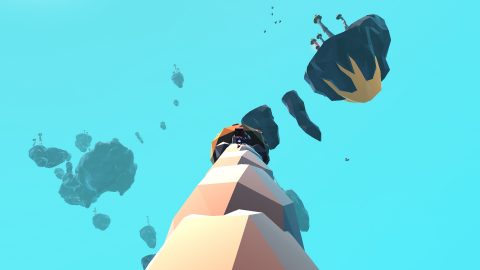 Grow Up has you taking control of B.U.D. once more, having crashed into a small planet after going through a nasty asteroid field. This time, your goal isn’t to grow Starplants, but to find the pieces of your spaceship MOM scattered across the world and put her back together.

The gameplay is generally the same as before; a platformer focused mainly around B.U.D.’s ability to grab onto and climb up any surface, where you guide the roots of massive Starplants into islands full of energy to grow said plants. However, the scope is much broader this time around, now that you have an entire world to explore. There are at least three Starplants to grow, ten spaceship parts to find, along with the blue crystals from before, secret boxes that contain new abilities (more on those in a bit) and numerous time trial challenges to find. 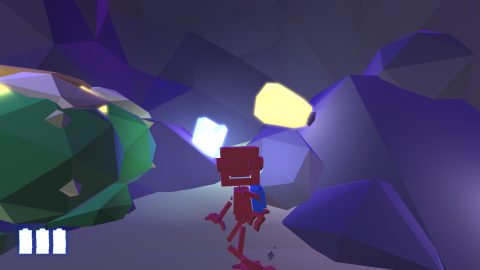 Given that you’ll be doing a lot more running and jumping about the place than climbing upwards, some subtle changes have been made to the controls and gameplay mechanics returning from Grow Home. B.U.D. now runs much faster and can jump higher than before, but at the slight cost of climbing speed. The crystals you gather are also much bigger, making them easier to find in the open world environment. They also feel much more optional, since collecting every 10/20 simply gives a small upgrade to one of the abilities you find elsewhere.

As with the last game, you can acquire new abilities to help make your journey less harrowing, such as a jetpack to give you some lift, the power to throw seeds based on the plants around you, and more. In fact, the flower and glide leaf have been turned into permanent upgrades for you to find and pull out at any time, so there’s no need to worry about losing them anymore. 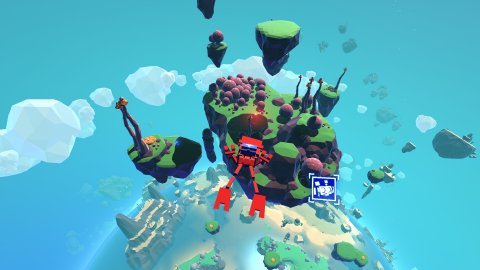 The problem with these power-ups is that they either feel completely useless (does anyone even remember B.U.D. can now roll up into a ball?), or they’re ridiculously overpowered to the point where they make the game all too easy (it actually doesn’t take much work to earn a powerful boost to your glider!).

Falling down from a perilous height? Just use your fall flower/glider whenever you want. You see a crystal hanging off a floating rock fifty feet above you? Don’t worry about trying to climb up there or cleverly using the environment to your advantage; just throw down a bouncy mushroom and eliminate all challenge. 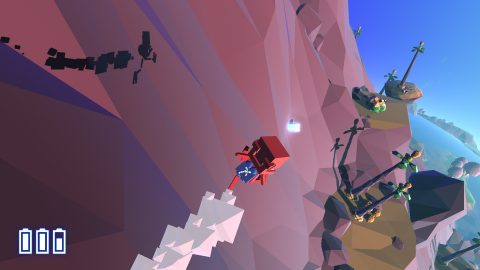 In Grow Home, abilities and random items could be used as a crutch for when you made a mistake, but they weren’t perfect. Your flower could run out of petals, your jetpack fuel could run out within seconds, and you’d lose your glide leaf as soon as it hit something. They had to be used carefully if you wanted to keep them around, and this enforced the idea that the only way you were going to beat the game was to keep climbing until you reached the top.

But now, you don’t even need to think about that. Just use your wide assortment of abilities and plant seeds to cruise through the game. Fly over to the top of that massive rock formation, grab a crystal or spaceship part, and fly off into the horizon without looking back. 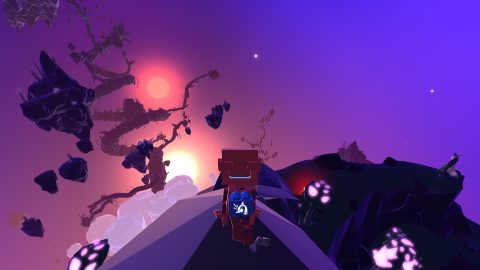 The best thing to be said about Grow Home was its balance between challenge and satisfaction. Climbing up an imposingly tall structure and losing your grip was legitimately terrifying, but it was also incredibly gratifying to get to the top of said structure; whether you did it in a nervous scramble, or by confidently using the gameplay mechanics to your advantage.

But with these new abilities, that balance is completely gone, and what made the previous game such a unique experience has been replaced with the desire to throw as many things at the player as possible and give them the ability to do it all without any semblance of difficulty (any comparison to Ubisoft’s other open world games in 2016 will be left up to the reader to make). 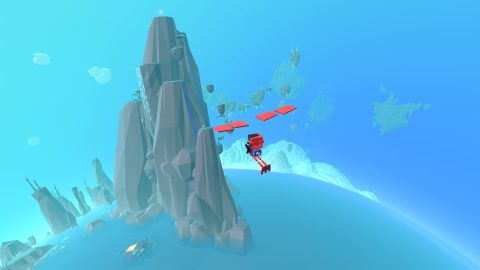 It’s such a shame, as well. The idea of putting the Grow Home gameplay in an open world environment is a great idea, since there’s so many places to take the concept. To its credit, Grow Up does the legwork in creating a world full of inspired locales, islands and floating plateaus. Each region of the planet has its own biome with different types of flora and fauna to discover (snowy mountains, flat deserts full of cacti), and there are even new types of Starplants with different roots and plants growing along its stem.

Many of these places look great, sharing the flat-shaded artsyle of the previous game, but something’s missing. Though the game maintains those gorgeous low-polygon visuals and manages to create some truly stunning landscapes, the art direction isn’t as strong. It’s mainly in its use of colour; important objects don’t glow like they did in Grow Home, and there isn’t as much a contrast between the colours and shadows. Aside from said landscapes and the beautiful skybox, the end result is a less visually striking game.

The music has changed quite substantially, foregoing Grow Home’s quiet, melodic ambience for light techno pop tunes. It’s a change that feels at odds with the idea of ascending higher into the sky while exploring a vast world, and simply doesn’t fit very well.

Grow Up isn’t a bad game, by any stretch: the climbing mechanics are as good as ever, the expansion on the level design is great, and at times, collecting crystals and exploring manages to reach the same degree of wonder that Grow Home had. However, the game tries to do too much while all too easily enabling the player to see it all, and the end result is an unmemorable game that simply pales in comparison to the first.

If Ubisoft and Reflections decide to make a third game, hopefully they can scale back their ideas and create a game with a big world and new environments, while still maintaining the balance between difficulty and joy that made Grow Home so good. Otherwise, it would be best for the series to end here, lest it become even more unfocused and forgettable.

A Q&A with the development team on Grow Up’s new gameplay mechanics – http://www.gamasutra.com/view/news/281755/QA_Implementing_and_balancing_traversal_mechanics_in_Grow_Up.php