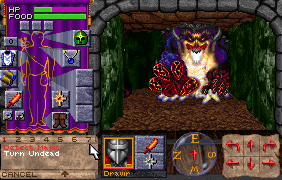 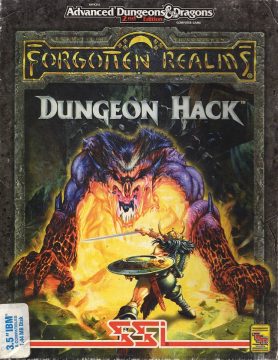 Rogue, first published in 1980, laid the foundation for the dungeon crawler genre, and also created an entire sub-genre of games aptly referred to as “Roguelikes”. Known for their brutal difficulty, randomly generated dungeons, and character perma-deaths, the roguelike genre helped take mechanics found in pen-and-paper RPGs and transition them to video games. While early titles in the genre such as Rogue and Hack used ASCII characters to represent the player, enemies, and the dungeon itself; modern roguelikes updated the presentation while staying true to the classic mechanics. 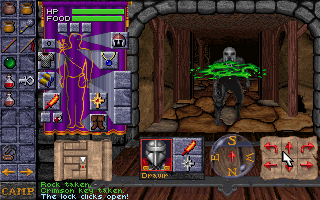 With the history of roguelikes firmly rooted to table top RPGs, it was only a matter of time before the formula was applied to the Dungeons & Dragons license. Enter Strategic Simulations, Inc. (SSI), a company well known for their computer role-playing games during the 1980s and 1990s, as well as their use of the Dungeons & Dragons license. SSI, along with DreamForge Intertainment, took the roguelike mechanics and D&D name, added their own spin to it, and the end result came in 1993 with the release of Dungeon Hack. 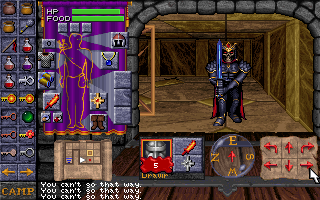 Borrowing its name from Hack, a direct descendent of Rogue, Dungeon Hack built on the same engine used for the Eye of the Beholder series. While almost identical in appearance to Eye of the Beholder, Dungeon Hackabandoned multi-character parties, as well as any semblance of plot, and focused on one character and the dungeon crawling which Rogue is well known for.

Upon starting the game, you’re presented with the only little bit of story you’ll ever receive at the title screen. The premise, a sorceress who takes it upon herself to whisk your character away to a desolate dungeon in hopes that you’ll find a mysterious orb for her, is just enough to warrant reason you delving deeper into a twisting maze of hallways and hacking your way through various monsters. After that you’re given the opportunity to choose from a list of pre-generated characters, or create your own. 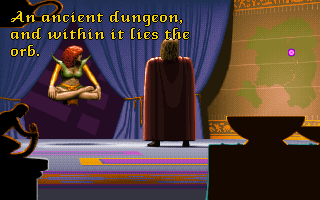 Character creation is standard fare. You’re given a variety of races and classes to choose from, and can edit your stats manually or allow them to be randomly generated. Since there is only one character in your party at all times, classes have been created to cover a larger basis such as the Fighter/Cleric/Mage. Once your character has been created you’re then given the option to select between four difficulties; Easy, Moderate, Hard, and Custom. This is where much of Dungeon Hack‘s diversity comes from, and ultimately allows the player to control various aspects of the game before beginning. 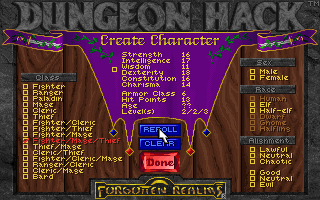 While the Easy, Moderate, and Hard difficulties all have pre-set configurations, choosing to play a Custom game allows you to craft your overall experience. In the Custom settings you’re given the opportunity to modify how many floors the dungeon will have, whether or not there will be multi-floor puzzles, how frequently keys and other items appear, the potency of your magic, and if you prefer to have perma-deaths enabled. You’re also given the option to turn off any anti-magic zones or underwater levels; those two options alone greatly improve the overall experience of the game, as the underwater segments meant almost certain death unless you were prepared. 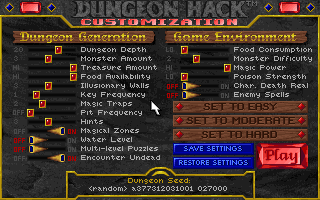 The multitude of options given when creating a Custom difficulty.

The overall presentation, once you begin the game, is the same as in Eye of the Beholder. You navigate the dungeon from a first-person perspective, and enemies roam freely while engaging in combat once they’re in range to attack. The combat is where Dungeon Hack differs from traditional roguelikes. Whereas in Rogue all actions and attacks took place in a turn-based environment, Dungeon Hack remains more of a real-time experience. 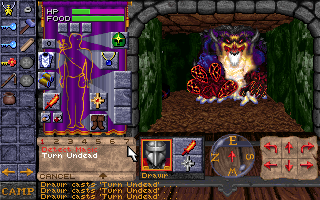 One welcome addition is the inclusion of an auto-mapping feature. Since the levels are all randomly generated, this removed the need for players to map out the levels every time a new game was started. During exploration a smaller portion of the map is displayed, but can be enlarged to show the entire floor layout for your current level. Enemies and items are also marked on the map in areas you�ve previously explored. You’re even given the option to print the maps from in-game in case you prefer to have a physical copy for reference. 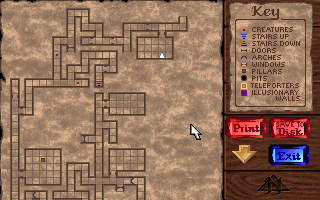 While Dungeon Hack has aged fairly well, it seems to play it safe rather than trying to impress, and there’s nothing particularly “new” about the game. The visuals, while well drawn, aren�t that remarkable, and there is no sound outside of the various noises monsters and spells make. The true appeal comes from the random generation; essentially providing a new experience every time you create a new character, Dungeon Hack offers a ton of replay value. Upon its release, Dungeon Hack was met with decent reviews, though many did criticize the game for its lack of plot and slightly dated graphics. Though not groundbreaking, Dungeon Hack does serve as a solid adaptation of the traditional roguelike.