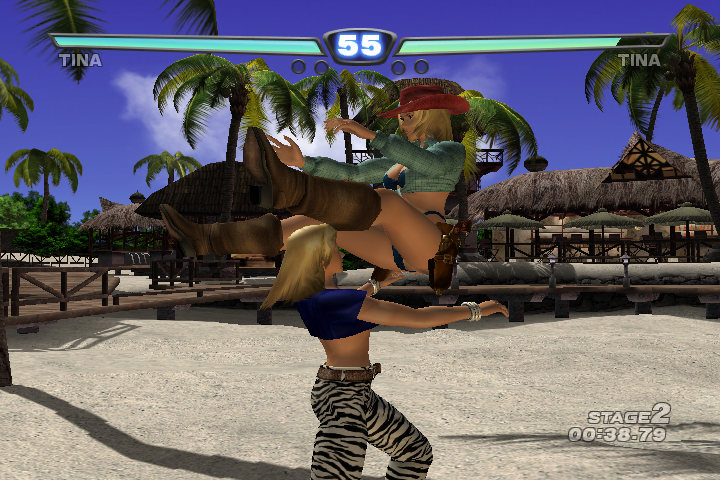 As a launch title for the Xbox, Dead or Alive 3 isn’t nearly as gigantic of a step as DOA2 was. But for everything DOA2 did, DOA3 does it better. While at first glance it may not seem like the visuals have improved that much, there are lots of little details that add to the overall look and feel. And it’s a testament to Team Ninja’s prowess that this, one of the first games released for the Xbox, is still among the best looking. The arenas are even more pompous – a gigantic waterfall that reaches miles into the sky, an aquarium full of individually modeled fish or a forest in fall, with flying leaves all over the ground. In one arena, knock your opponent out of a window and they’ll shock themselves on the neon lights before hitting the ground. Some of the more open areas like the beach bring about some immersion-breaking invisible walls or obstacles that don’t make any sense, but of course that’s hard to avoid without ring-out rules. 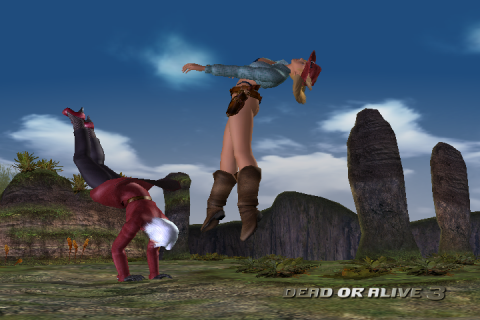 The controls have been streamlined so you don’t need to use both the digital pad and analog sticks, but otherwise the gameplay system is mostly the same, save for the obligatory moveset updates and countless tweaks. Dead or Alive 3 brings one terrible innovation that plagued every episode since then, though: Opponents can now bounce each other against walls in addition to all the standard juggling, nearly doubling the possible length of a combo. Needless to say, this is really frustrating when you end up on the receiving end.

The new characters include Christie, an icy haired assassin with a snake-like fighting style; Hitomi, the Japanese-German karate master, and Brad Wong, a drunken boxing style fighter. Hitomi basically replaces Ein, who has turned (back) into Hayate, introducing the fourth Ninja to the series. Brad Wong and Christie, on the other hand, both bring with them unique and interesting fighting styles. 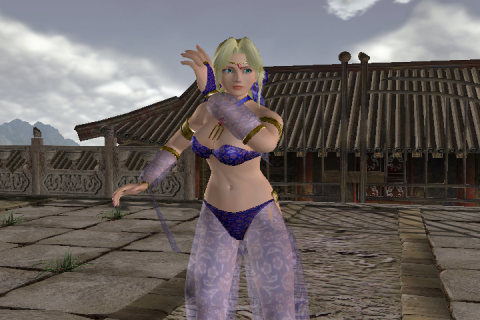 Team Ninja finally gave the characters individual endings, all CGI rendered, and most of them are actually pretty cool. The music isn’t quite as good as previous titles, and for some reason, various licensed songs from Aerosmith appear in the game. Otherwise, the only major problem is the final battle – where the perspective switches to behind the player and you attempt to attack the main bad guy, who blasts you away with ease. It’s really confusing and even cheaper than any usual final boss. Since throws and counters are useless, you’re limited to ordinary punch and kick moves. Once you get the tactics down, it’s pretty painless, but still annoying. That makes probably the worst boss in the whole series.

Unfortunately, there are not many costumes to unlock. The European and Japanese versions (which both came out after the American release) have extra costumes, but you can only obtain these otherwise by getting the Xbox Exhibition Vol 1 disc or old issues of the Official Xbox Magazine, which add them to the game. Most of them aren’t too impressive, although Lei Fang gets an assortment of cool ones, Ayane’s ninja outfit rocks (apparently enough to feature it on the Japanese cover) and Helena’s Arabian Nights digs are quite interesting, too.