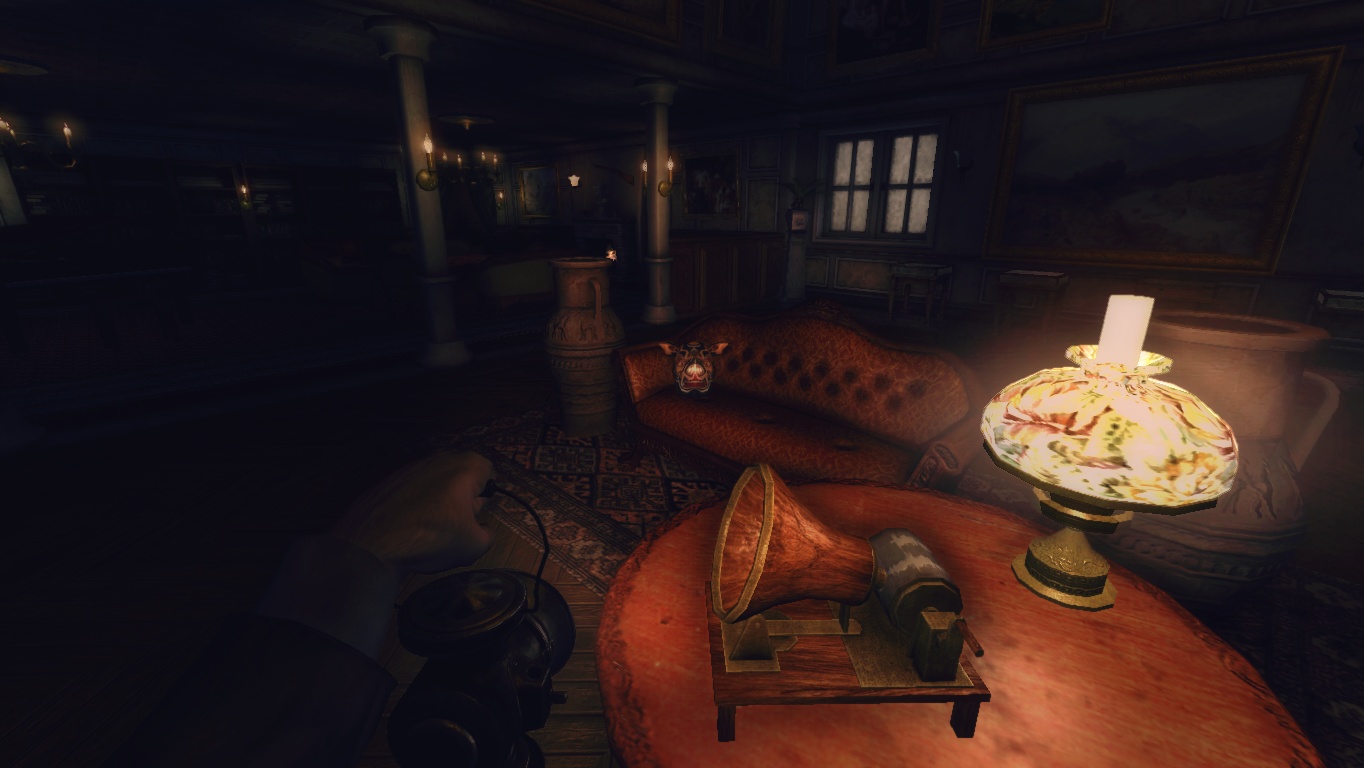 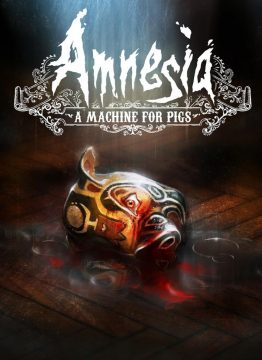 The second full game in the Amnesia series wasn’t developed by Frictional Games, but instead was taken over by The Chinese Room, known for the digital guided museum tour Dear Esther. That is… worrying.

As usual, the protagonist in A Machine for Pigs wakes up at the beginning after a dose of the drug Amnesia, which makes its user forget all the terrible things they’ve done. Unfortunately, the effect is not that precise, and once again you find yourself thoroughly confused about your role in the play. It becomes clear soon that you were the entrepreneur Mandus, a once simple butcher whose ambitions turned him into the overlord of an enormous meat factory. All Mandus can rightly remember and think of are his two sons, who supposedly are to be found deep at the core of his great machine.

The story is once again predominantly epistolary, laid out in the various letters, diary entries and – possibly taken over from Justine – gramophone recordings found throughout the area. Mandus keeps elaborating his feelings in his journal, though, and he keeps being called by an anonymous helper on every phone he passes. He has to make his way through his mansion, several parts of the meat factory, and even a few areas in town outside, always a few steps behind a mysterious saboteur, who flooded the lower parts of the machinery and blocked the way to Mandus’ children.

When playing a horror game called A Machine for Pigs, it hardly is a spoiler to reveal that what Mandus built is no ordinary meat factory. Mad with grief over the death of his wife, the early logs reveal that he was obsessed with getting control over life and death at some point, which of course means his facility has a creepy secondary purpose, and yes it’s no surprise that it involves pigs. 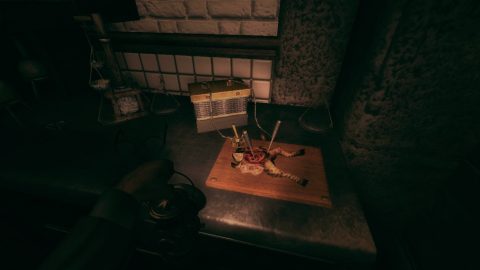 There are more than just passing similarities to Frankenstein.

In contrast to the ancient-feeling surroundings in the first Amnesia, the areas Mandus has to go through are much closer to home. The first, in fact, is his own residence, a creepy turn-of-the-century mansion with disturbing paintings hanging on every other wall and a lot of secret passages between its walls. Despite the tunnel-like progression through hallways with more locked than open doors, it looks like an actual place a wealthy Victorian era family might have once lived in, but the emptiness makes it seem haunted, and once again the Amnesia series plays its strengths through atmospheric uncertainty rather than immediate threat.

The trend continues as Mandus passes his company’s offices, the city streets (although the small area is a bit too conveniently locked off from the rest of London), a desecrated church, and finally the enormous factory. All the elaborate machines are not just a feast for every steampunk fan – the factory halls with their alien noises, constantly moving parts and bad lighting are an excellent venue to create fear, kind of like a natural variant of Silent Hill‘s dark world.

The enemies behave roughly the same as in The Dark Descent, but there are really only a handful encounters with them. Much more than its predecessor, A Machine for Pigs is more like an experience you walk through than a challenge-based game. All survival aspects have been excised without any replacements – the inventory is gone entirely, and with it the need to maintain a stock of tinderboxes to create light sources – and the insanity effect in darkness, for that matter. Mandus still gets a lamp with unlimited fuel early on, and he really needs it, as the areas are all very dark, much darker than a just moderately lit room in The Dark Descent.

A Machine for Pigs is also much less of a physics simulation. There’s a distinct sense of Dear Esther museum syndrome creeping in. There’s not much that can be touched in this world, and if something can be, chances are it’s an integral part to a puzzle – if it even deserves that name. Most of the time, the required items are found right next to the solution, and even in the few cases where some backtracking is required, it’s always obvious what goes in where to progress. 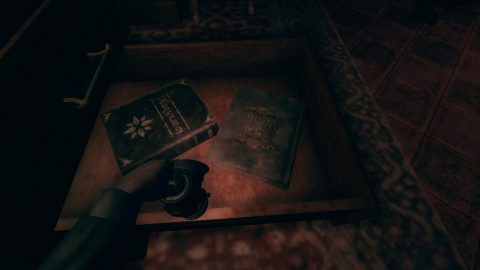 By now it probably counts as a running gag.

While The Chinese Room’s chapter in the Amnesia series makes big strides away from being a game and to becoming a vaporous “interactive experience,” the writing is still very excellent and oozes with Victorian atmosphere. The surroundings do once again an excellent job to complement this, although once again seeing five copies of the same painting hanging in the same mansion or finding more copies of Pflanzenreich does hurt the immersion a bit. It gets perfect once the areas that are supposed to look soulless are reached, though. Some scripted scenes later on lack credibility due to the lack of assets again, but it’s not too hard to accept the handwave to ignore the problem.

Only the narrative’s attempts at allusion and symbolism may cause some cringing. The game never spells out the greater meaning and relations of its story fragments, but it’s always painfully obvious about the possibilities it wants you to consider. Having Mandus wake up inside a cage and stumbling over wooden pig masks everywhere is anything but subtle. To the player it’s also clear from the beginning that the protagonist’s quest is taken in vain, and at times it feels as if one only goes along for the ride not to upset poor old Mandus too much.

Nitpicking aside, A Machine For Pigs is still definitely worth experiencing. Even though expectations should be trimmed back when coming from The Dark Descent, the sequel might even be a more adequate entry into the series for newcomers, as it’s the much less daunting of the two. Just don’t hold it against The Dark Descent if The Machine for Pigs seems to be lacking gameplay substance.