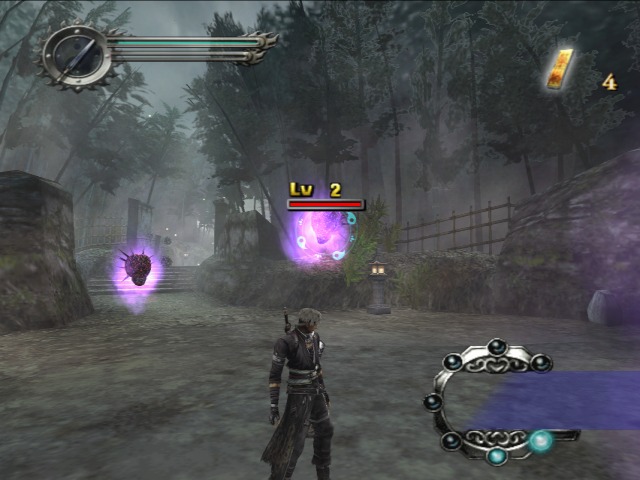 Swords of Destiny is a 3D hack and slash video game developed by the now-defunct Artoon, known for the titles such as Blinx, The King of Fighters EX: Neo Blood, and Ghost Vibration. First released in Japan, it was brought out in Europe by Rising Star Games, though there was no North American Release. Before Swords of Destiny, Artoon had been working on a game called Swords of Yi, which may be related, but was ultimately cancelled due to reasons unknown.

The game’s story derives several inspirations from Chinese Mythology and its culture as a whole. You play as Lei Yun, a master swordsman who embarks on a journey to avenge his master’s death at the hands of Yang Yuan, the main villain of the game. Throughout his journey, he will also be tasked with rescuing his master’s daughter from the clutches of Yang Yuan and defeat him once in for all. 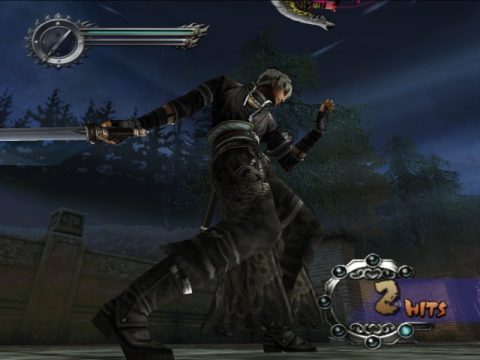 The story may seem interesting at first, but actually, it’s pretty dull. Frankly, the story is generic as it was used several times already in previous titles. The localization is subpar and laughable most of the time. Both the Japanese and the English voice acting aren’t that great, as they’re lifeless and it’s obvious that the actors recorded their lines separately. Even worse, there are noticeable grammatical errors throughout.

The game kicks off with a tutorial room where the player has to learn the basics, including attacking, jumping, and dashing. However, the player can skip this section if they want by pressing the Select button. Luckily, players will be reminded of the basics of combat early in their playthrough in case if they have forgotten about them.

In terms of combat, Swords of Destiny’s gameplay is a hybrid of Bujingai: Swordmaster, and Shinobi on the PS2. Lei Yun possesses three blades, including Flaming Phoenix, Blue Dragon, and Raging Tiger. Each weapon carries an individual quirk with it. For instance, Blue Dragon is quick to use. Meanwhile, the Raging Tiger has a wind-up attack, and on the one hand, the Burning Phoenix creates a fire wave if you hold down the attack button. 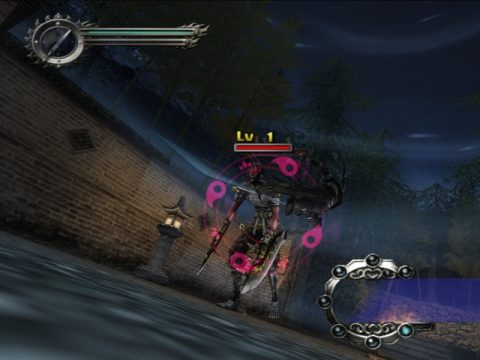 Swords of Destiny has an experience system similar to the mentioned games above. After defeating enemies, the players collect experience points. The accumulated points can be used to improve each blade’s stat. In addition to this, most of the time, when you defeat a chunk of enemies, they’ll often drop secondary weapons. These can be equipped for the three blades and they add minor effects such as increased power, agility, and increasing the chances of item drops.

Unfortunately, these secondary weapons fade pretty quickly. Meaning, they lose their effectiveness pretty fast. Once these weapons stop being useful, they inflict zero damage to enemies. Luckily, thanks to enemies dropping weapons consistently, you’ll have no problem picking up a better one.

While Swords of Destiny can be considered a hack and slash title, it sadly lacks any combo channeling similar to the likes of Bujingai or Devil May Cry. Players will find themselves pressing the same buttons most of the time. However, luckily, the aforementioned features a crucial mechanic, and that is the dash attack. Lei Yun can activate this technique by firstly locking-on enemies and striking when the circle turns red. Once he does that, he initiates what’s called “Sword Time”. The latter lifts all enemies in the air at which the player has a limited time to kill as many enemies as possible. As a tip, you can actually abuse this technique by pressing the square button three times followed by the triangle button. Rinse and repeat and you’ll be given unlimited sword time where you can knock all enemies pretty easily. 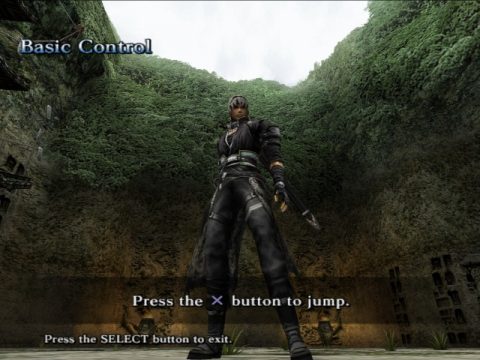 While this is great, and is pretty comparable to Sega’s Shinobi‘s “tate” attacks, the execution is pretty unpolished. Furthermore, one of the hardest things players will have to overcome in this game is the messy camera. It is one of the reasons that makes mastering the sword time technique a hellish task. Not only that but also, when jumping from a corner to another, you’ll sometimes have a hard time landing properly on a spot. However, there aren’t any instant death pits, so thankfully you’re pretty much safe, but still an annoying experience at times.

Digging deeper into the sword time technique, the game relies heavily on this mechanic. While it’s true you can actually kill enemies without using this technique, it’s a painful experience. The game deliberately throws waves after waves of enemies that force the player to use the technique.

The latter is extremely important when comforting bosses. Not only are bosses sturdy, but they’re also invincible without this mechanic. The funny thing is that every boss is a damage sponge which kind of shows how important it is to master sword time technique. Bosses will go down in a minute or less when mastering this mechanic. Meanwhile, it’ll take you minutes if not hours without it. So, try to master sword time because it’ll save you the headache of mindlessly mashing the square button.

Swords of Destiny’s sword technique makes the game easy to venture through. It’s true that the camera can be an annoyance at times, but the game is facile to the point where you won’t be using healing items. Yes, enemies drop them often, but it’s rare when players will utilize them. Unless, if they completely ignored the crucial mechanic, then that’s something else.

It’s obvious that Swords of Destiny is a low budget title. But since it’s a hack and slash title, you would expect to see interesting levels and exciting soundtracks, but none of that is in this title. The levels are linear and feel pretty much the same. The soundtracks are boring and repetitive at best.  The graphics on the one hand are okay for a budget title. Nothing groundbreaking nor dull, they’re just okay. 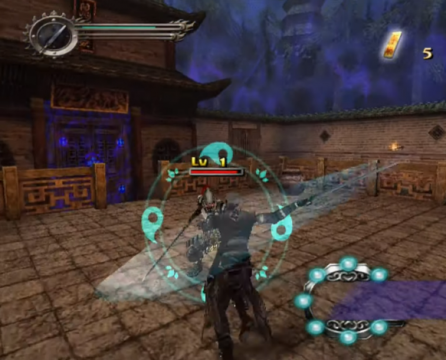 The game attempts to break free from its repetitive loop towards the end by adding light puzzle elements into the levels but doesn’t deviate from what’s being done throughout the entire game.

Overall, Swords of Destiny is alright. The sword time technique has potential if polished to a degree, but it’s obvious that a title like this can’t compete with titans like Devil May Cry, God of War, and Genji. In addition to looking better, they all have more depth when it comes to combat compared to the aforementioned. Still, if you’re looking for an average hack and slash game where you’re only desire is to vanquish waves after waves of enemies using multiple blades, then despite its repetitive nature, Swords of Destiny can be worthwhile.