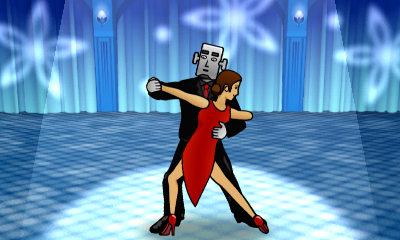 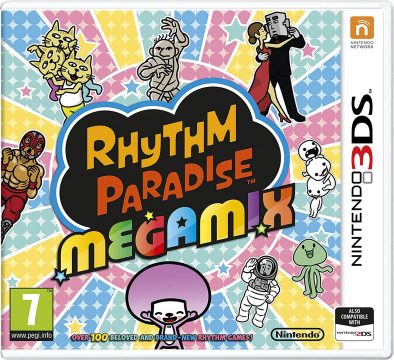 The fourth Rhythm Heaven entry isn’t an entirely new game, but rather a “greatest hits” compilation of the earlier titles, with some added content and a brand new story mode. That might sound a little disappointing for long time fans, but given the circumstances – it’s clear that the previous entries weren’t exactly huge successes, at least outside of Japan – it’s the best anyone could hope for. 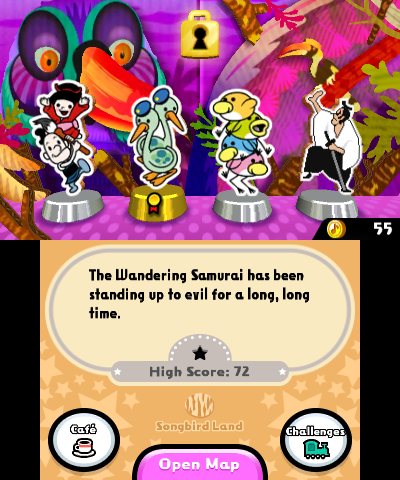 Rather than a straight menu, progress is framed on a narrative focused on a little dog with an afro named Tibby, who’s been cast out of heaven and must find his way back. As you help him out, you meet up with various guardians, who challenge you to rhythm games. It’s amusing and silly, but the dialogue is also pretty long-winded and it’s impossible to skip or fast forward through it, so whatever whimsy it might have can potentially become grating. Through the first half of the story mode, there aren’t any remixes stages, as these don’t pop up until the second half.

For the most part, each area consists of one minigame from each of the prior titles, plus one brand new game. The Game Boy Advance games benefit the most – the bump in resolution (240 x 160 for the GBA to 400×240 for the 3DS) means everything looks much sharper, plus they sound much cleaner. The DS games look slightly better too, plus the touch controls have been replaced with standard button inputs, making them infinitely more playable. The Wii games are downsized appropriately and still look great, while the new games are in lines of quality with the rest. Some of the older games have remixes that are so drastic that they’re almost brand new games – the initial appearance of Karate Man, for example, has a totally different song, but the original versions pop up later on. This version also has both English and Japanese versions of the music, missing from the previous American releases, which is good, considering the English DS songs were often….not great.

This robot was created to tango! The beat in this one is pretty hard to get down, though. 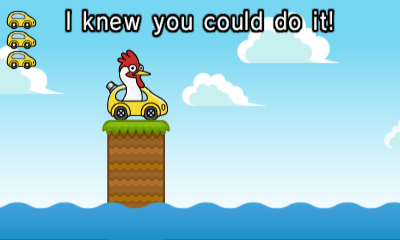 Fuel up the chicken’s car precisely to get him over the water. The look on his face is priceless. 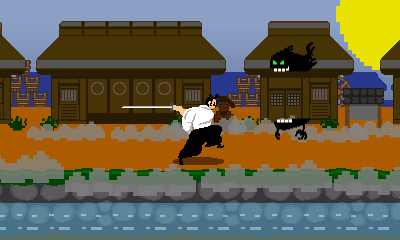 The samurai guy from many of the other games returns as the star of this NES-style game. 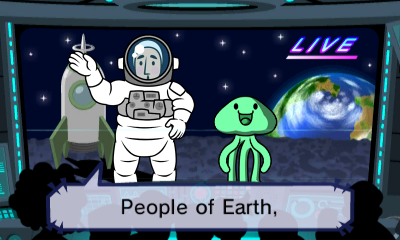 Mimic the patterns to translate the alien’s speech; get it wrong and you’ll get some silly results. The sequel game flips it by having the alien translate a farmer’s speech to his homeworld. 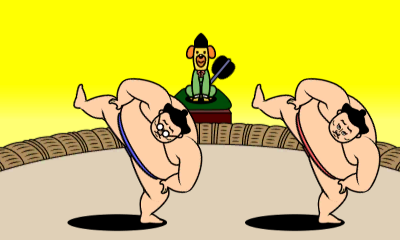 Slip and pose in rhythm with your sumo family. 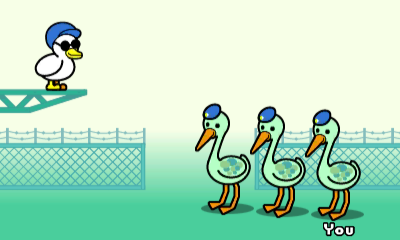 There are plenty of quality-of-life improvements that are geared towards new players but longtime fans will definitely find welcome. The bottom screen reacts whenever you press a button, indicating how close you are to the beat, with the middle of the screen exploding in stars if you get it perfectly. The tutorial even kindly displays the proper inputs if you screw it up enough times, which particularly helps in the tougher games like the tango one. A score meter at the end shows exactly where you are on the “failure/ok/superb” range – it’s even kind enough to let you go on even if you fail it very slightly.

The one area where the game slightly stumbles is with its currency. At the end of eveery stage, you’re given coins based on your performance. These are used to buy little trinkets and extra stuff in the cafe shop, but certain challenges in the story mode require that you pay a certain amount to start them, and there’s no refunds if you lose. Similarly, the new challenge mode – where you have to play a set of games and need to reach certain score goals – also charge money. While it’s generally in abundance, it still feels unnecessarily grindy, since you can find yourself in situations where you may need to replay previously beaten games just to get more. Also, there are quite a number of extra unlockable minigames – all stuff from prior titles – that aren’t in the main story mode, but these are only opened by using “flow balls” obtained from the challenges. t’s nice that Nintendo really tried to give more value to the game beyond the main mode, but in practice it’s not really the best way to extend the play time. There is one cute addition though – a mode that replaces some of the characters with cameos from the WarioWare crew. 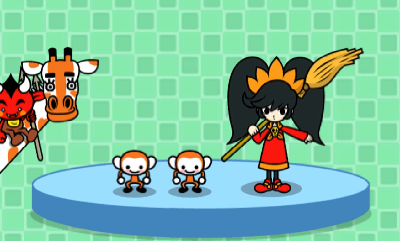 Also, since this a compilation title, undoubtedly some favorite games will be missing. The most noticeable ones are Rap Men (from the GBA game), and Moai Doo-Wop, Love Lizards, and Love Lab (from the DS game). But what’s there is still pretty robust – it’s definitely much larger than any of the single releases.

Rhythm Heaven Megamix was released at retail in Japan and Europe, but unfortunately was left a digital-only release in North America. While some of it may seem too familiar with fans, it’s still an excellent update, and overall it easily qualifies as the best in the series.