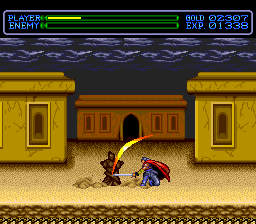 The final installment in the XZR trilogy, and again the Japanese console version ditches the original XZR moniker, instead titling itself “Exile 2“. Which is apt, since this is far removed from previous versions. Released only the Turbo Duo, developed by Telenet’s Riot division, it was localized by Working Designs for the US market. 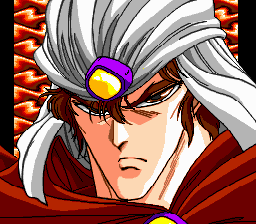 Sadler, hearing that monsters are roaming around outside his home town, decides to set out and find the cause. Unfortunately most of the story is vacuous, instantly forgettable, and retcons past incidents. Sadler is basically out to stop hatred. That’s pretty much it – he’s fighting against the nebulous concept of humans hating each other, and to do so he needs to kill various deities. In the end it turns out that hatred has a corporeal form and some kick ass powers – hatred’s manifestation being the red creature found on the US boxart and various ad posters.

After Sadler passes the desert he reaches Baghdad and discovers that Rumi, killed in the previous game, miraculously managed to find a way out of the cave-in. And that’s it, suddenly she’s alive and back in the party. Next Fakhyle and Kindhy turn up to save you from a boss and by now you’re wondering who the hell was in charge of the original Japanese script. Working Designs did an admirable job with localisation, adding a few jokes, but the original script was so clearly lacking you’ll wish they’d instead gone to the town with the script, in the hopes of elevating it. Along the way the team meet a knight called Lawrence, possessed by the ULTIMATE EVIL, and after defeating him he joins your side. At the end of the game it’s revealed that he’s a homunculus, an artificial creation, and when your allies become possessed he sacrifices himself so you can save the day.

This dramatic ending is probably the highlight of the game. Vic Ireland told us: “I liked [Wicked Phenomenon], but it definitely needed more polish. There are some very dramatic moments in the game that the prior game doesn’t really touch. Like the scene where Lawrence sacrifices himself. I really like the drama of that bit of storytelling. Unfortunately, that was the period when Telenet was in decline and they just were too scattered to concentrate on any single product, so Exile: WP suffered in that regard.” 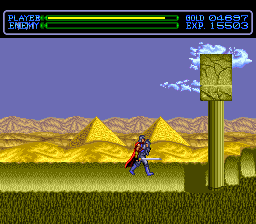 You’ll probably never reach the end though, at least not without cheating and hex editing the game for infinite health (ironically the only way most US gamers ever saw the boss was through the cover art). For you see, Working Designs made a mistake when tweaking the parameters. As Vic explained on NeoGAF: “On Exile 2 it was an issue of limited number of modifications because we weren’t doing the game reprogramming, Telenet was. It was a small number of tries. And on the second-to last time, we had it *almost* right, so we added like +1 to the monsters, but it was like that scene with the fat guy in Meaning of Life where the waiter gives him that one wafer and he explodes. That +1 exceeded some limit internally and made the monsters exponentially harder rather than incrementally. Since it was our last “fix” and we had production discs, I thought we were screwed and had made an unwinnable game. Fortunately, with some time and special strategies, we found out you could finish it. We made one of the hardest games ever – by accident.”

Vic also gave some tips: “The biggest one is not to try to assault the worst monsters. Just let them hit you in the back, which will throw you backwards (which is really forward since your back is turned). It’s an easy way to clear impossible rooms with those dragons that shoot lightning.”

How unfortunate this mistake was, is debatable. Wicked Phenomenon is a good but not great game, and importing the Japanese version for its easier difficulty won’t result in you missing any important dialogue (though you’ll miss some of WD’s visual improvements). The US version is also crazy expensive on auction, whereas Japanese online stores are selling their version for well under 1,000 Yen. That’s like $10.

But back to that awesome cover art, featuring the game’s boss. Whatever your view on it, you have to admit it’s very unusual. There aren’t many Western examples of cover art featuring photography especially not photography of ornate hand-crafted models and dry-ice smoke.

Vic explained its creations: “The Exile 2 cover is polarizing. People love it or hate it. It’s basically aping a style of diorama that was really popular to advertise games in Japan. NCS/MASAYA did quite a bit of it, and I wanted to bring that to the US as well. So, I chose Exile 2 as the game to try this on. The practical effects guy who did the little models on the ‘set’ in the ad, had done FX work for movies like Tremors and has since done work for WETA in Australia. The smoke was a time exposure to give it a thickness and glow. When we ran the ad, EGM or Gamepro (I can’t remember) sent us a survey they did months later with their readers that had that ad listed as the ‘most remembered’ ad from the whole magazine, which, I think, justified the experiment. We tried it again for Vasteel, but the results weren’t that great, so we only used part of one of the space scenes on the back cover of the jewel case.”

Wicked Phenomenon could have been great. For a start it’s the only game in the series that let’s you control the rest of your party, transforming them from a bunch of lazy hangers-on to something that might elicit thoughts of Popful Mail, Shinobi 2 (GG), Goemon 64 or any other countless multi-character games. Sadly the unbalanced difficulty crushes any semblance of valuable difference they have, leaving Sadler – the median character – as the only one with just enough jump height, defense, and attack, to stand any chance of success. Rumi can jump higher and attack the furthest, but her attack is so weak as to do little damage and her defense leaves her as a one-hit-kill. Fakhyle has homing magic, but again it’s too weak and he can’t jump as well. Kindhy is the strongest but has poor jumping ability and his range is the shortest, meaning he inevitably takes damage. Lawrence is very similar to Sadler. 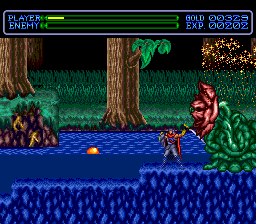 On the one hand it has some beautifully drawn backgrounds, with the opening desert stage having no less than 8 layers of parallax scrolling (this was added by Working Designs and is missing from the Japanese release), but the game’s sprites are small, poorly animated and the overhead towns are generic and bland. Towns in the first Exile had some variation to them, with a sheep pen, churches, dung, mining trenches, lakes and bridges, with little things to do like search for hidden diaries and deactivate curses. Here, every town is square-shaped and the buildings all look the same, and there’s little else to do besides visit shops or speak to the chief – it feels like the coders programmed the side-scrolling stages and then ran out of time so cobbled the towns together. There’s not even a map screen anymore to select destinations: you exit via the side and appear in an action stage, and later on these exits are closed so you can’t return. Finally, the randomised effects of drugs make a return, and on occasion they’ll do unexpected things – which isn’t exactly fun when you’re struggling against such a high difficulty.

It’s not awful, but it’s not as good as past installments, and it’s certainly not worth the high prices asked for it.

Telenet sadly didn’t seem to do much with the XZR franchise. There were several Telenet newsletters produced, with numbers 3 and 4 featuring XZR, and there appears to have been OSTs released for the first and second game. In August 1988 though, after the release of XZR, Telenet released a CD called “Telenet’s Sound Special Since 1985” which featured tracks from XZR and other games. Outside of XZR‘s opening music though, the game’s tunes tend to be repetitive and uninteresting. In December 1988, as a companion to XZR II, Telenet released a singles CD, containing five tracks from XZR II. Also, browsing the EGG website, there also now appears to be authorized OSTs for the first two games available in MP3 format. 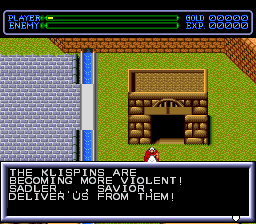 Special thanks to Kobushi and Roushimsx for helping with translation and screens. Thanks also to Vic Ireland for sharing information and answering questions plus Tokugawa Corp for info. Two images were taken from http://turbocollector.com/, one from Moby Games (MSX screen), and several from the Japanese guides linked to below. Finally gracias to the unnamed author of the rather excellent Turbo Duo Exile FAQ, complete with plot synopsis.