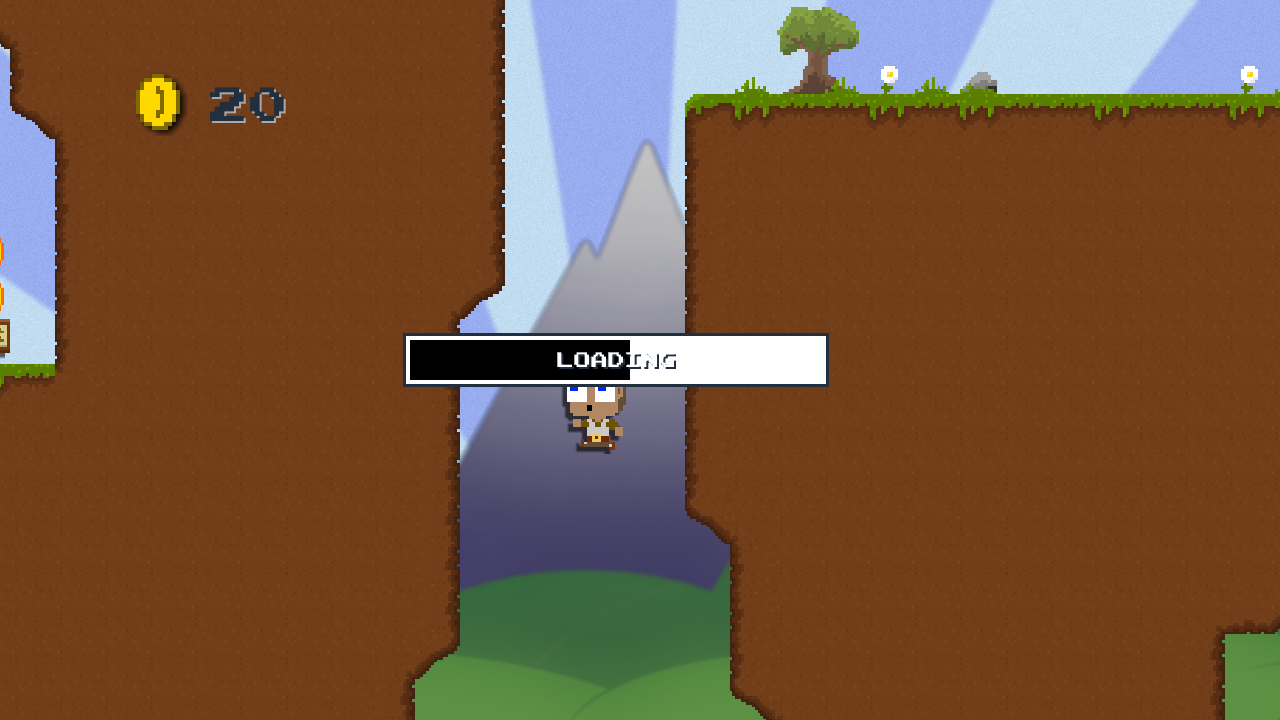 One of the modern plagues on gaming has become DLC and freemium game design. With the rise of cellphone gaming and social networks, more companies are focused on creating skinner boxes disguised as games, and major studios are cutting up content in their games proper for extra cash from whomever indulges. Even back in 2011, the growing trend was already being parodied by Ben Kane and his small Going Loud Studios. Released originally as an Xbox Marketplace game and eventually ported to PC, DLC Quest is a game all about mocking these practices, and it manages to be enjoyable to boot. Well, the Live Freemium or Die expansion does.

The concept is simple. You’re a random videogame protagonist with no discernible features besides being the guy who has to be the hero. A princess is kidnapped by a bad guy, you go and stop him. Problem: You start the game with no jump or animation. This is where the merchant comes in, a man who offers you DLC packs that add features to the game itself and the hero’s moveset. In order to make any significant progress in this game, you have to keep using money gathered via gold coins in the world to buy more DLC packs, up until you finally defeat the bad guy. The Live Freemium or Die expansion continues from the last story with a new scenario that has various NPCs killed by strange creatures, but the story ends up shifting in a direct confrontation with the real evil: Exploitative market strategies! 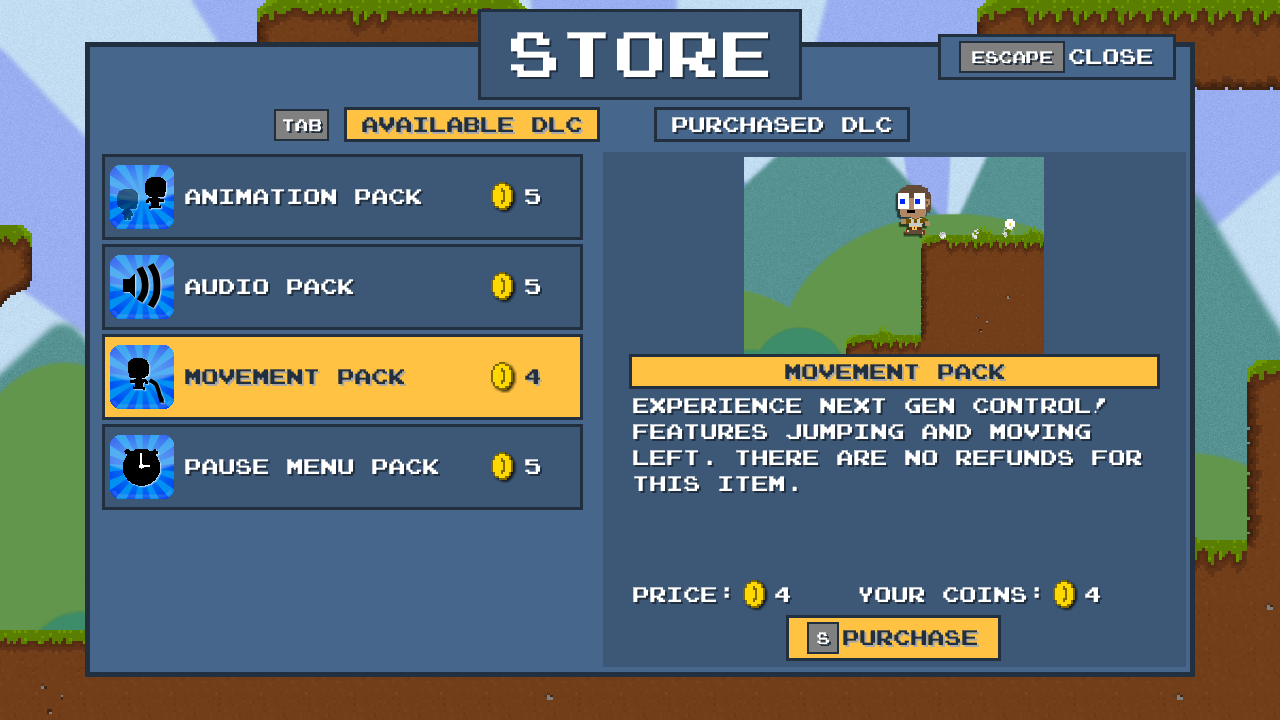 The original game is basically one big joke. It has its moments, like the absurdly high requirements for earning a sword and the unexpected true ending, but the short length becomes its greatest strength because playing much more of it would quickly become dull. The whole running gag of having to constantly pay to make any progress isn’t really handled in a clever manner, and a few jokes have aged badly. There’s a horse armor joke in here, and it’s as dated as it sounds (even if there is some payoff later). A few jokes and references don’t even make much sense within the whole DLC theme. For example, you can run into Cloud Strife, buster sword and all, and he appears with an FF style battle transition animation. And that’s the entire joke. You may have noticed that’s not a joke. There really are funny moments, but also a lot of dull thuds and lack of a punchline.

Which makes the expansion all the better. The game seems to actively make fun of itself here, such as having a character who makes a lame videogame references and draws the ire of the player character. It also finally brings in some truly unexpected developments into the tale, giving a fantastic punchline to a joke started in the first story, plus some genuinely good moments of game design. Most of DLC Quest is spent gathering coins in simply made levels with basic platforming controls, almost as dull as the games it cast shade on, but that added expansion gives just enough variety to make it entertaining. 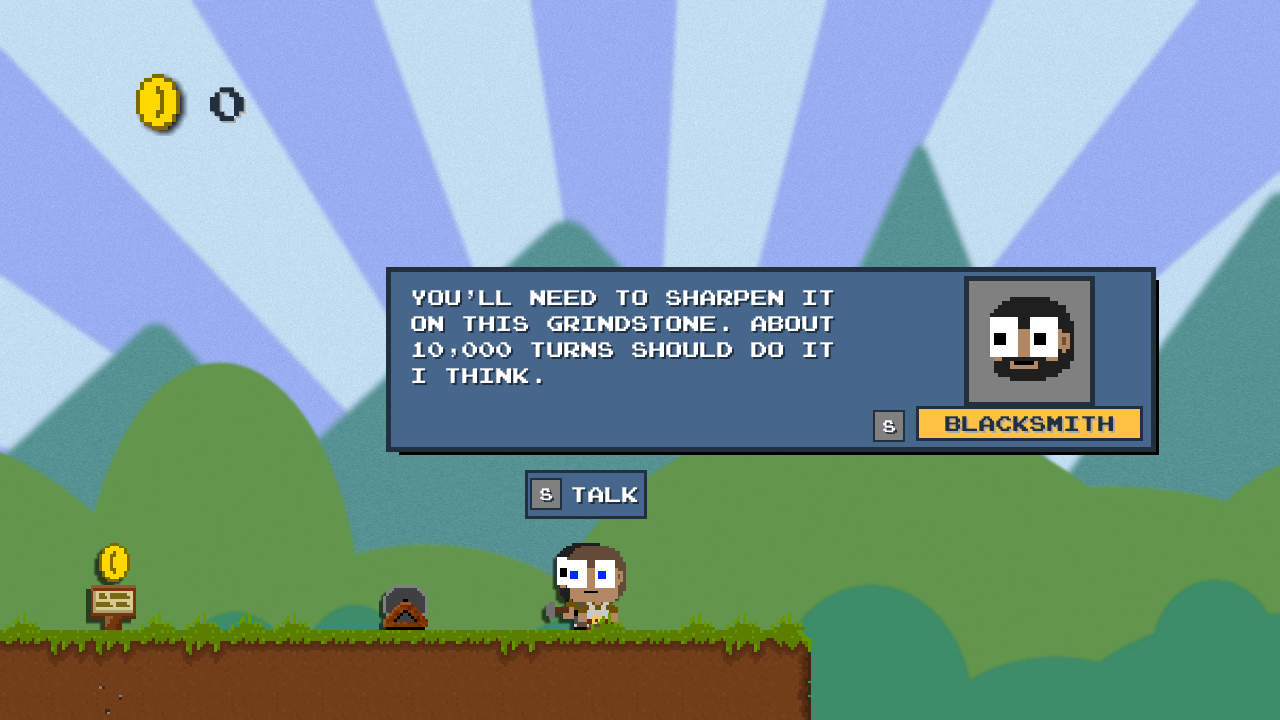 The expansion adds a wall jump ability, and a few spots that make good use of it and requires some level of mastery. I mean, it’s no Mega Man X, but it actually starts to be engaging mechanically and not just in humor. The NPCs get more great lines, especially the merchant, and jokes are better spread out. The entire expansion feels much tighter, with no excess weight and just enough room to chuck in a few more jokes to keep the humor going. All the game developer signs left lying around may be my favorite gags, especially one found in an empty area that simply reads “Allan please add world.” The final boss fight (and only boss fight) makes good use of the game’s mechanics and has a clever style to it, and it caps off with the perfect joke for this farce. I dare not spoil it, but it made up almost entirely for the weak first story.

Still, DLC Quest is more of a mixed bag than anything. Just becomes you can take a shot at yourself doesn’t mean you don’t still have those flaws. When being short is a strength for a game that isn’t trying to tell a story, there’s a problem. The first story wears itself out pretty fast, and the expansion still has its share of lame moments (really, a Notch reference?), and the game never really manages to overcome these faults completely. Still, it’s a noble attempt at satire, and it has enough highlights here to be worth the cheap price. But the game also highlights that game developers these days seem to have a poor grasp on how satire works when it comes to their own medium. Yes, you can make fun of something, but you also don’t want to be that something at the same time throughout the entire game. DLC Quest dives a bit too much into skinner box grinding territory to really be truly great satire.