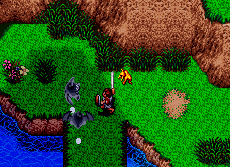 Brain Lord is one of several unique games developed for the SNES by Produce. A fun and challenging game, it was sadly overshadowed by other high profile RPGs in Japan, and ignored in the US as well despite generally positive reviews. While it holds up as a lighthearted, challenging adventure that any fan of Ys and The Legend of Zelda will feel right at home with, it also has enough unique ideas to stand on its own merits as a great game. 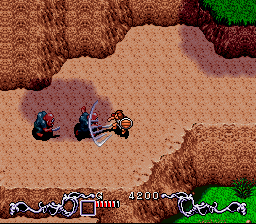 Graphically, Brain Lord is very colorful, with lots of different environments to travel through. The actual characters and animation aren’t particularly impressive, but the large variety of enemies seen throughout the game makes up for the lack of animation. It sounds great too, with a nice set of catchy tracks. Enix was publishing a wide variety of adventure games and RPGs from several developers in the 90s, but somehow Produce managed to make several that look and sound nothing like any other game out there. So while Brain Lord isn’t the most stunning game technically, there’s also no other game that looks or sounds quite like it. The music and sound effects were created by a group named Opus. Opus is actually just a small company, yet they have a very eclectic resume. Besides other Produce RPGs, they have done both music and sound design work on games like Cybernator (1992) and Thundercade (1987).

The rest of Brain Lord‘s staff is equally prolific. The man in charge of the game’s graphics, Jun Kusaka, is also responsible for the look of several Hudson games like Super Adventure Island (1992) and Super Bomberman 2 (1994). Today he works as an animator for Square Enix, and is responsible for the combat and action animations in several games for them ranging from The Bouncer (2000) to Final Fantasy XIII (2009). Brain Lord was directed by Shinji Imada, and while he only directed a small number of games, it’s impressive how each one (especially in the cases of Brain Lord, The 7th Saga and Mystic Ark) have completely different structures as well as unique visual styles despite being made one after the other by the same people. 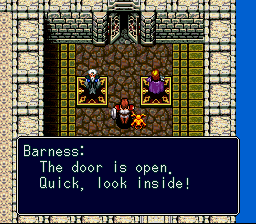 While Brain Lord was released in the US in 1994 (not long after The 7th Saga), the localization is much less awkward and more humorous compared to 7th Saga‘s unintentionally amusing attempts at gravitas. While both games use a pre-designed set of characters, Brain Lord‘s story is focused more on the heroes themselves. Their dialogue is much less driven and more playful in Brain Lord as the characters deal with more grounded (for a fantasy RPG) situations. The writing in general feels closer in tone to what one would see in an episode of The Slayers than the constant stream of world changing events that are commonplace in most SNES RPGs.

You play as an adventurer named Remeer (or Lemele depending on how you want to translate it, a major character with the same name also appears in The 7th Saga and Mystic Ark). Remeer is on a quest to find and defeat a dragon that was responsible for his father’s death. You have some friends with you and, while you don’t get to control them directly, they appear regularly in dungeons and towns to provide you with background information and drive the story forward.

A green-clad bounty hunter interested in finding as much treasure as possible. She will give you some equipment and information about the gear you find throughout the game.

An old sage that can give you historical information about each area you’re in. His people built the ancient statues that you can interact with to save your progress.

A sorceress who is terrified of mice. She will explain some of the game’s magical abilities.

A useless chump. The main reason he’s travelling with you is because your journey will eventually have you stop by his home town, where he can finally get married to his fiancé. 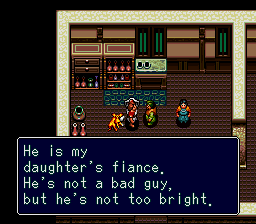 The characters in Brain Lord were designed by Sachiko Kamamura. While popular for her character designs for the animated versions of Heroic Legend of Arslan and Black Jack, her most famous is probably her work as both the character designer and supervising animator for City Hunter. Her designs in Brain Lord are stylistically very close to those seen in Heroic Legend of Arslan, though oddly Remeer’s sprite in the game looks nothing like how he’s depicted in any of the manual artwork.

When the game starts, Remeer and his friends are in the town of Arcs, and have already found out the location of the dragon’s tower, though no one has been to it for some time. More immediately, Remeer’s companions find out that dragon scales are in high demand in Arcs, and so are more than happy to help him navigate the tower for the amount of money they’ll get by selling the dragon’s scales. 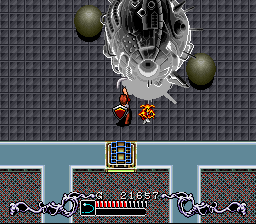 The game’s world is structured similarly to what one would find in the Ys series. There are a small number of towns connected by linear outdoor areas, and as you get more information in each town you can travel to the various towers and underground areas where the action happens. Most of these adventures won’t end quite the way you expect them to. When you finally get to the top of that dragon’s tower at the beginning of the game as an example, you find out the dragon itself has long since left. Your friends find a secret passage and collect any scales it shed while you’re stuck fighting a giant insect at the top of the tower. By the time you return to town your friends have already caused the market value on dragon scales to plummet, making the single one you personally find worthless!

After that’s done, Remeer and his companions find a different source of money in town and move on to the next village once they learn of some potential ways to profit there. The NPC conversations are excellently written in this respect. They’re used to keep tidbits of Remeer’s quest to learn more about the dragon, the ancient world, and what happened to his dad just beneath the surface while a specific location’s problems are given top priority. It also lends a sort of realism to the game’s plot as everyone’s primary goal is making enough money to get by. Despite the lighthearted, charming script there’s actually a very rigid consistency to each character’s actions. The game’s writing balances minor personal inconveniences with more typical epic fantasy game content in a way that makes it fairly unique. Even the generic NPCs have a lot of changing dialogue as the story progresses and clear relationships with other townspeople, jobs to do, and so on. It’s an impressive feat since due to hardware limitations you’ll never see a character actually do anything or drastically move around the game world. 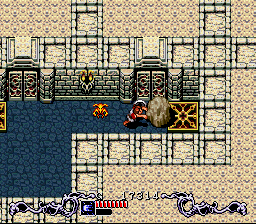 It’s a smart way to get around graphical limitations, and lets Produce put more effort into the actual dungeons and puzzles. The puzzles are where the game really shines. There’s a great variety and every time you think you’ve seen every type of block to push or number pattern they throw something new at you. They’re actually much more challenging than the combat, and Brain Lord‘s marketing (and obviously the game’s name) was focused entirely on them. While the puzzles do start out with the most basic action of pushing blocks onto switches, things very quickly get more complex as you have to decipher clues, perform some challenging platforming feats, and fight monsters at the same time.

Almost as interesting as the game’s puzzles, however, is the combat. Despite the simplicity of the game’s enemies, Brain Lord offers the player a wide variety of weapons, each of which behaves very differently. Impressively, every single one can feasibly be used to handle any enemy in the game, so the player is encouraged to switch between them regularly to find what they’re most comfortable with. You also get a variety of shields that are extremely useful. The game has a block button, but Remeer will automatically block any attack hitting him head on as long as the player stops attacking for a split second. This gives aggressive players a chance to clear out enemies quickly without taking too many hits. 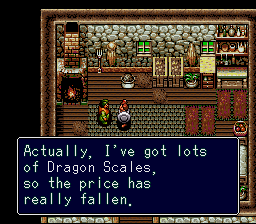 Besides the weapons, you also get access to several magical abilities. These can be used as many times as you want, but you cannot attack while preparing to use one. The variety of spells and weapons is impressive, and is comparable to what one would find in a Legend of Zelda game despite Brain Lord not being part of as series with many installment’s worth of items to draw on. Many of these abilities and weapons can be found multiple times throughout the game as well, so one could get them by just buying them all outright in a shop, others will explore dungeons in more detail or find them in secret areas. It’s an interesting approach to balancing out the game’s difficulty, as while it’s not exceptionally hard, it’s consistently fun to play because the player can easily tailor the combat to their own preference.

You can just buy powerful shields and bash into stuff all day like an Ys game, use a sword and shield like in The Legend of Zelda, over power enemies with defensive magic and a ball and chain, wear less armor to move faster while casting more offensive magic, there are a lot of possibilities. One final aspect of the combat is that the player can acquire various small sprites to fly around him and provide extra attacks or other helpful abilities. These are a bit under developed, however, as they only become more powerful by consuming an uncommon item dropped by monsters. So while you can have two equipped at a time and there are almost a dozen to find in the game, they end up being almost useless in practice. 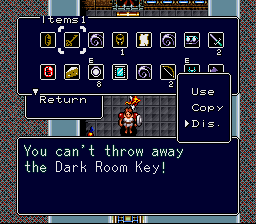 Like Produce’s other adventure games, Brain Lord‘s combat and weapon assortment is unique to it, which is a shame as even in modern action and adventure games like Dark Souls or Bayonetta, the flexibility and variety of weapons is a big reason why they’re so much fun. It would have been nice to see another adventure from Produce along these lines, as there are a lot of good ideas present. Produce instead chose to make Mystic Ark, a follow up to their earlier more traditional RPG The 7th Saga. While an official strategy guide was released for Brain Lord in both Japan and the US, no other Brain Lord product exists and the game was never ported to another system. Even Square-Enix’s official game archive uses the game’s English title instead of the Japanese spelling, but spell it “Brian Lord” or “Blaine’s Road” depending on which part of their website you’re browsing. The game is truly forgotten by both its publisher as well as most gamers, making it a nice change of pace from more ubiquitous SNES adventure games.