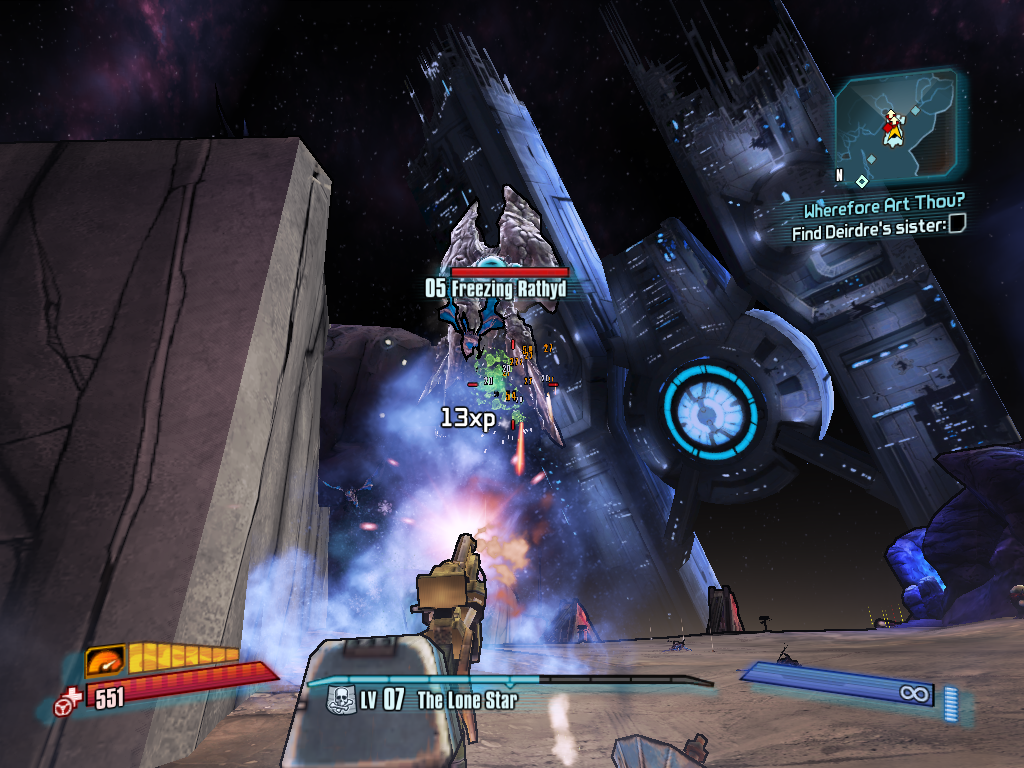 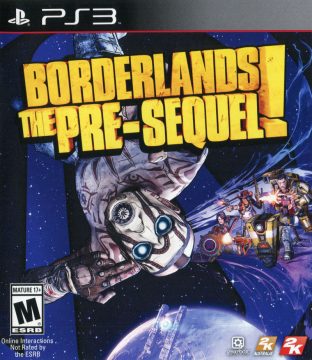 The Pre-Sequel is the most divisive game in the Borderlands series, a spin-off assumed to be a big step forward for the franchise that was really only aiming to be a expansion of 2‘s systems and narrative. It’s hard to know who to blame for these overblown expectations (though, of course, Randy Pitchford did have something to do with it), but the game released to mixed responses from fans and solid 7s and 8s from critics. Not hated, but a much lesser package compared to 2. It’s not a game you should pass up on, though, as Pre-Sequel makes a lot of quality of life improvements the series needed and has some mechanical quirks and ideas of its own that help it stand out as its own experience. The amount it adds to the series lore is also impressive, managing to even define Athena as a fan favorite character, give Claptrap some depth, and nailed down the characterization of Moxxi once and for all. 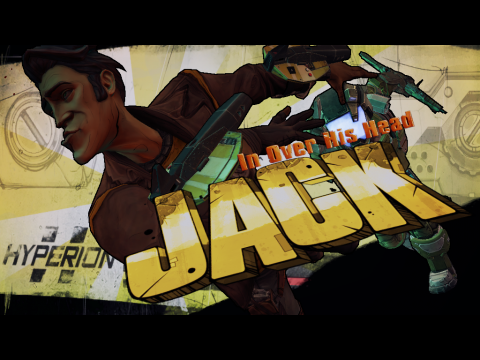 It makes it a real shame just how badly 2K Games botched selling it to fans, even leading to 2K Australia being shut down just a year later. The game moved about 1.6 million units or so originally, not taking the later PS4 and Xbox One releases, nor its life on PC gaming storefronts. That’s reasonable for a game of this size, but one suspects that 2K Games wanted bigger numbers after the smash success of Borderlands 2. Yet another example of developer intent clashing with publisher and shareholder expectations.

The game is told through a story from Athena as a captive of Sanctuary after the defeat of Handsome Jack in 2, detailing her time working for Jack after she had left Atlas before he rose to power as the dictator of Pandora. Her and a team of hired vault hunters were brought on to find the vault on Pandora’s moon of Elpis, only to arrive via crash to an ex-Dahl military unit called the Lost Legion taking over the Hyperion satellite Helios. After meeting Jack, he does something uncharacteristic and saves the vault hunters lives by moon-shotting them to Elpis at risk to his own safety. From there, they need to figure out how to take back the satellite station and save the moon’s people before Commander Zarpedon blows the moon apart with the satellite’s laser cannon. This team of duplicitous vault hunters include… 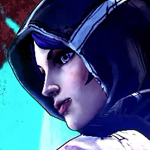 Athena the Gladiator – Former Atlas assassin turned mercenary, Athena is hired on by Jack for her professionalism. She’s the most moral of the team and has second thoughts over Jack’s later decisions, but she realizes he may be Elpis’ best hope. She’s also confirmed as canonically gay with this game. She can use her shield, the Kinetic Aspis, to absorb damage and fire it back with a shield toss. Her skill trees focus on melee and durability, elemental damage, and the versatility of her shield for defense and support. 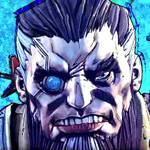 Wilhelm the Enforcer – Jack’s robotic henchman from 2, revealed to actually be a cyborg here, slowly getting more cybernetic parts through the game if you play as him. The soldier archetype of the squad, he trades out a turret for his two drones Wolf and Saint, which attack and heal respectively. His three skill trees focus on buffing Wolf, giving Saint more utility, or fitting him with more cybernetic implants. 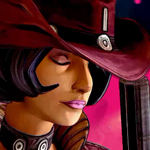 Nisha the Lawbringer – Jack’s future girlfriend and the eventual sheriff of Lynchwood. She’s revealed to be a sadomasochist with a love for violence and chaos, reflected in her action skill letting her auto-target enemies with damage buffs and faster reload speed, letting you kill a lot of enemies very quickly. Her skill trees focus on surviving through sadomasochist themed passive buffs, hip-firing buffs with rifles and lasers, and dealing big damage with her action skill via low clip handguns and eventual dual wielding. 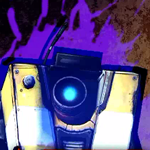 CL4P-TP (Claptrap) the Mistake (the Fragtrap) – Fresh off of his brainwashed attempted takeover of Pandora in 1, Claptrap has been modified by Jack to be a vault hunter, complete with the ability to climb stairs. The downside is that he had to work with Claptrap’s stupidity to make him work, which has some mixed results. You can activate his VaultHunter.exe program to get a random ability based on the current combat situation, and since this is Claptrap we’re talking about, this can range from actually useful things to breaking out a disco ball for a dance party. His skill tree focuses on explosion buffs, healing his squad mates, and randomizing actions taken for a bit of help or unexpected wackiness. Mainly designed for multiplayer shenanigans. 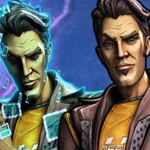 “Jack”/Timothy the Doppelganger – One of the two DLC characters, and possibly Jack’s body double from 2 (though it’s not quite clear since Jack may have had a few by then). Probably the most moral member after Athena, and quite worried during Jack’s breakdown upon realizing he has the face of a monster the universe will come to hate forever. He fights like Jack from 2’s boss fight, making hologram Jacks to fight alongside him that spawn more as they’re killed. His skill trees focus on buffing the digi-Jacks, buffs for letting the rest of the party take the brunt of attacks, and getting buffs based on gun manufacturer. 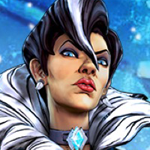 Aurelia the Baroness – Hammerlock’s detested sister, a rich game hunter with a bit of a sadistic streak, making it a bit odd when she ends up siding more with Athena, Timothy, and Claptrap by the end. She’s incredibly snotty, reflected in her skill firing off her jewelry to do cryo damage to enemies in the area until time runs out. She gets the sniping tree this time, along with a multiplayer focused skill tree based on other players getting buffs by taking damage for her, and a tree for buffing cryo damage and her action skill. 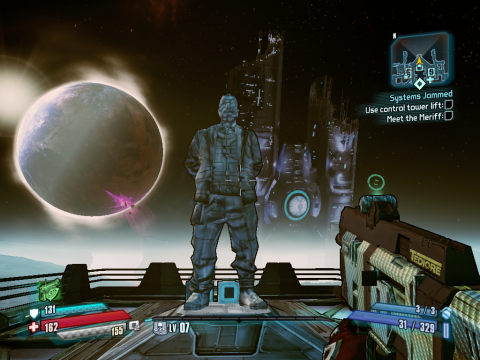 The Pre-Sequel‘s narrative content is probably its strongest addition to the franchise. The villain themed origin story is fascinating because it takes place at a point where Jack is already headed down that road, but it’s through the desperate actions of the Lost Legion, zealots trying to sacrifice hundreds to save millions or even billions, that finally push Jack through the final few steps from questionable anti-hero to sadistic tyrant. The path getting there feels like it’s missing a chapter or two, but this allows for some truly powerful moments no game in the series has had up to this point. There’s a great use of tone contrast when needed, helped by the vault hunters of this squad actually vocalizing their thoughts and responding to characters in dialog, something picked up from later DLC in 2.

All the extra lore and the core story is great, and the game is mechanically solid as well, though not as fine-tuned as 2 was. The bosses in this game rank as some of the hardest in the series history so far, making solo runs hit major roadblocks at times. The DLC campaign, Claptastic Voyage, manages to break out one nightmare of a boss you will absolutely want friends to help you out with. There’s only a small handful of these bosses, but they’re all so nakedly huge difficulty spikes that it’s hard not to be frustrated upon coming across them and finding yourself bashing your head against the wall to get lucky enough to progress. While Borderlands 2 had made bosses more multiplayer focused, they were still very beatable solo, while Pre-Sequel begins to push too far in multiplayer focused boss design for its own good. 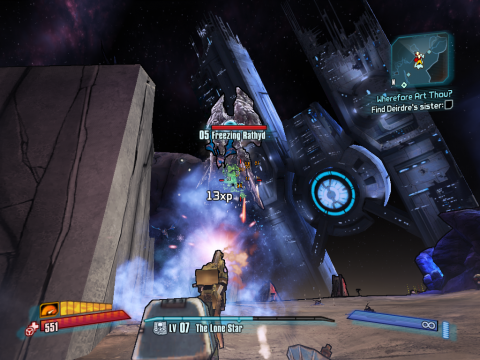 Otherwise, the game feels like a deluxe DLC campaign for 2, longer than any of the previous DLC campaigns, but significantly shorter than 2, ultimately for the better. The story pacing benefits a lot from this, though the giving out of extra missions is still handled a bit strangely. Nothing quite breaks the tension of a late game story mission as seeing a bunch of exclamation points on your mini-map, teasing you with more ridiculous content that does not fit with the current main events. On the bright side, some of 2’s worst missions, like the timed ones, have been heavily toned down, replaced with more fleshed out or amusing side bits.

The Pre-Sequel offers three major mechanical deviations from the previous games, all inspired by the new setting. The first one was proposed by 2K Australia, the main development team, by introducing a new elemental damage type with cryo. The gimmick here is that it cryo damage can freeze enemies, and you can shatter them with a melee attack or explosion if you’re fast enough. It’s a very satisfying method for handling a problem. Second are the new laser weapons, which are focused on dishing out elemental damage through four different laser shots or beam types. They’re a bit weird to use, but they’re a great addition for siren mains in previous games. The third change is the major one that messes around with the flow of combat itself – low gravity. 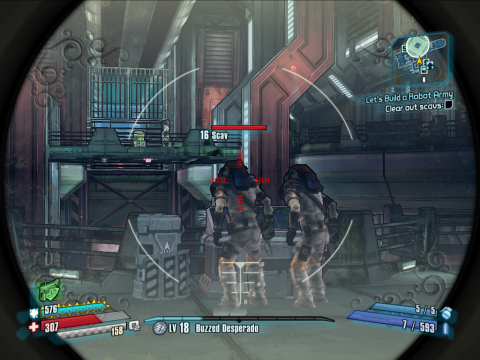 The vast majority of the game is played in areas with low gravity, giving you longer and higher jumps that gives new combat options. You can now jump vast distances to get closer to enemies or back away, giving plenty of time to line up shots (especially fun with Nisha’s action skill), but doing this thoughtlessly can make you an easy target. You can also use Oz kits, replacements for relics, to boost your jumps and perform useful ground slams to attack enemies below you. While they don’t offer the same sort of bonuses that relics did, Oz kits do give some useful passive buffs and even elemental damage to improve your slams. They also act as your air supply in outdoor areas, where running out of air starts to slowly drain your health until you re-supply with Oz tank drops or air pockets.

The oxygen counter isn’t as huge a problem as you would at first think, as areas are generous in supplying air pockets, and you can just play as Claptrap to avoid that (though the game will ask you three times to make sure you didn’t mean to pick someone else). Enemy AI has also been tweaked to serve this low-gravity combat, with the scavs (basically the bandits of Eplis) commonly charging at you with slams. The Lost Legion also employ some interesting tactics, like jetpack soldiers flying around to become harder shots to crit as they take pot shots at you. Even the enemy types are changed up enough to prevent the whole thing from feeling like a re-skin of 2, offering different challenges and combat flow all its own. 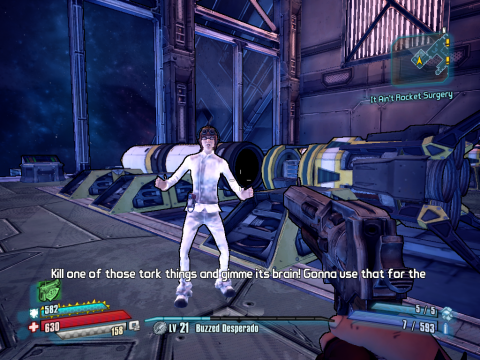 All of this put together makes Pre-Sequel much more than just a DLC campaign, and if it had been released in a different era, it may have gotten better word of mouth since middle of the road side games like this aren’t that common among big budget productions anymore. Its biggest flaw is definitely that it’s designed too heavily for multiplayer, leaving solo players some moments of incredible frustration to deal with, but it’s still worth experiencing if you enjoyed Borderlands 2 for its writing or its gameplay. There’s great work here, building on that as a foundation, even though it’s far from a big leap forward.