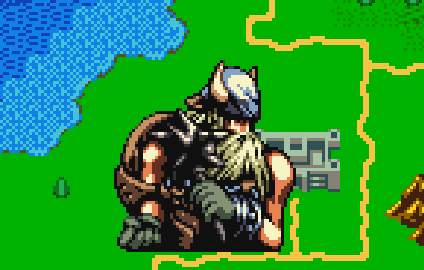 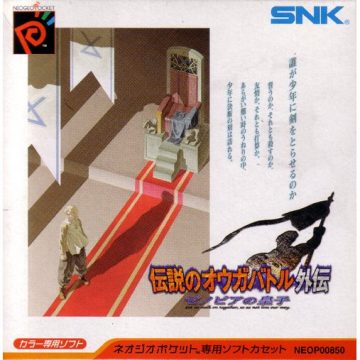 Gaiden games exist in a precarious position; playing off the success of the greats, it’s rare that we see a Majora’s Mask when they may so easily be superfluous results. Zenobia no Ouji, or “Legend of the Zenobia Prince “, is the only title of the series to hit the Neo Geo Pocket Color, and the only one yet to receive official localization. As a gaiden game, its story does not technically have its own numbered chapter, instead serving as a prequel strictly to March of the Black Queen. Following the rise of the Zetigenean Empire and the death of Zenobia’s king, the rightful heir Prince Tristram is spirited away by his knight Estrada. He is then mentored as a warrior and ruler, building his forces in a bid to reclaim the throne. 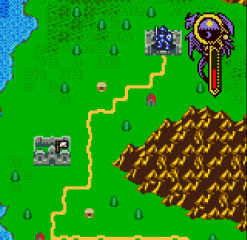 Ogre Battle Gaiden serves as a quintessential portable title: having most of the elements of a main console release, yet in many was simply being “smaller”. There are only thirteen stages in the campaign, plus a few bonus areas. Maps contain fewer castles and fewer enemies. Only seven units can be deployed at once. While there are multiple endings based on alignment and dialogue choice, the paths to get there are much shorter: either “Lawful” or “Chaotic”, there is no “Neutral” route.

Brevity aside, the series’ themes are present, and extensive dialogues are the norm, rather than the exception, unlike March of the Black Queen. The innovations to unit movement introduced in Ogre Battle 64 are now gone. Units are only able to be assigned a single destination, and they often get there as the crow flies. So you can either plot out their entire route manually so they don’t slow themselves by wading through water or cutting through mountains, or assign them a fortress to head to and deal with waiting for them to get there. 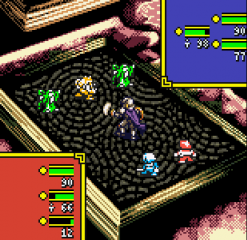 Traditionally high difficulty is maintained. Stages are blessed with good level design, but hampered with poor enemy AI, leaving their higher stats as the source of the challenge. Usually, enemy units will charge straight for your HQ, ignoring your troops and captured fortresses completely along the way. Occasionally, they will fight the player’s troops en route to their objective (if they run into them), but they will not hunt down flailing units, allowing you to heal and regroup. After a unit loses most of their characters trying to take your HQ, the AI will simply keep sending that unit after your castle until it is completely wiped out. Even so, it’s still Ogre Battle, and it remains fun, even if that means just shuffling your guys around, trying to keep them alive until that opening arrives to throw all your troops at the boss.

This ties into how it is, all in all, a “clunkier” game than the others. Here on the NeoGeo Pocket Color, interface is reduced to two face buttons, the Option button and an 8-directional D-pad. While menu-based games really only need that, it’s neat to have different functions tied to the muscle memory of specific buttons (the “L” and “R” buttons being one of the great leaps forward in controller design; their absence is noted when they served as menu shortcuts for the other installments). 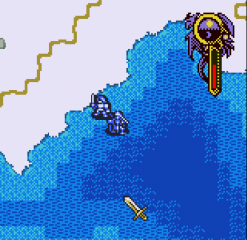 Visuals continue this trend. If you ever wondered how an Ogre Battle game would look like on the NES, this is that game. Colors are flat and stale, and features grainy and coarse. Only portraits of castles and characters take advantage of the 16-bit hardware, and are on par with those displayed in March of the Black Queen. In battle, characters lack proper animation; by default, they exist as diminutive, chibi-esque figures. As they attack, a completely different set of higher res pixels is swapped in to complete the motion. It’s kind of cute.

Hardware also sets back the sound. It combines tracks from previous titles with a few original numbers, but this is conveyed through high-pitched bleeps and bloops. Rather than setting the tone for a dramatic war story it sounds like something that would appear in a one-off joke about “video games”, like that episode of House where Hugh Laurie plays Metroid and they use sound effects that aren’t even from that game. 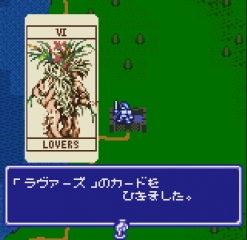 Legend of the Zenobian Prince epitomizes the side story game: it’s not remarkable, but it’s definitely worthwhile, especially for a portable game.

Feda: The Emblem of Justice