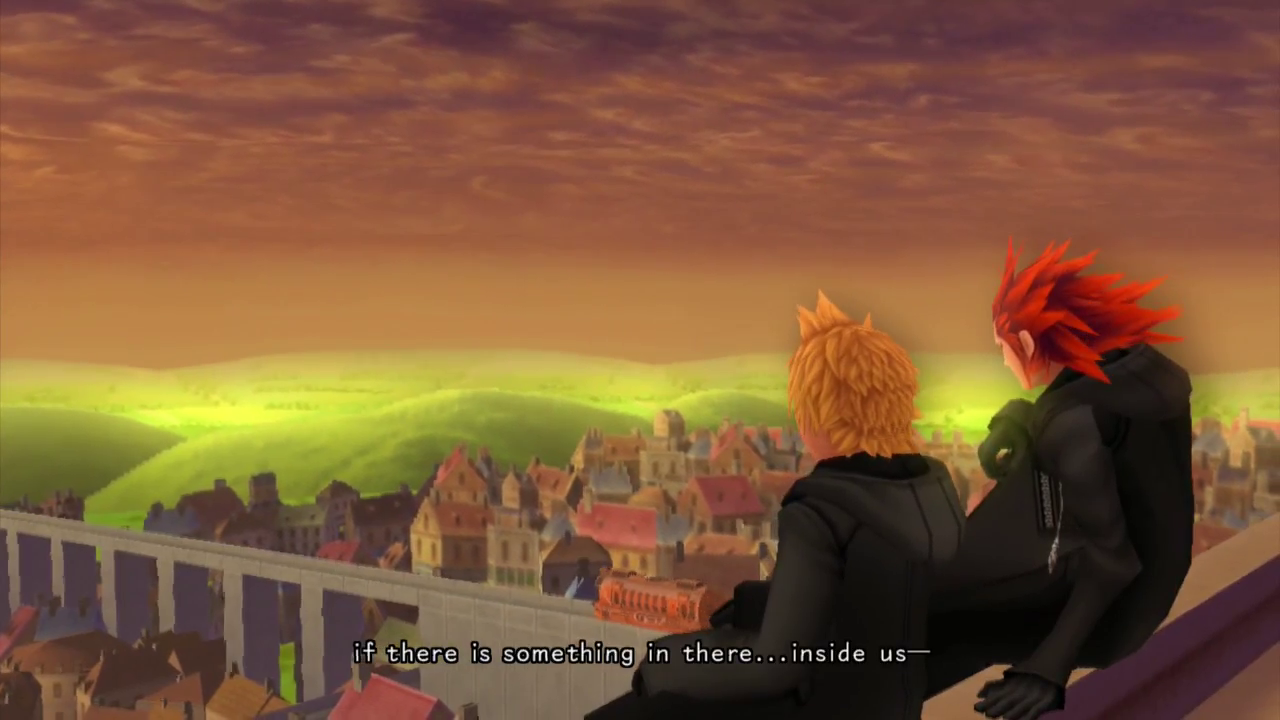 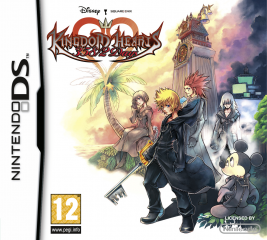 Kingdom Hearts: 358/2 Days was the next game released internationally, though in Japan, the situation was more complicated. The game was released for the Nintendo DS, developed by h.a.n.d, Square insists the title is pronounced “three hundred fifty-eight over two days”.  Sure it is. This game delves into Roxas’ backstory, so spoiler warning for Kingdom Hearts II.

What’s strangest about 358/2 Days is that the game was designed with a multiplayer focus, Nintendo supposedly inviting (or maybe paying) Square to demonstrate the system’s multiplayer capabilities. Shoehorning in multiplayer to a series that had largely stuck to single-player was an odd move, and it’s not clear just how many fans ever even tried the side mode, much less played it to the extent the game wants you to play it.

All right, was that enough of a spoiler break? Grand. 358/2 Days winds back the Kingdom Hearts clock to a few days before the end of Kingdom Hearts. It stars Roxas, back when he worked for Organization XIII before the events of Kingdom Hearts II. He stuck around for, you guessed it, 358 days before his defection.  During that time, he was best friends with Axel, and also a mysterious girl named Xion. According to the series creator, the “over two” part of the title refers to seeing the 358 days through two characters’ eyes, Roxas and Xion, though Xion’s actual point of view segments are infrequent. 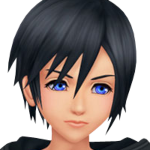 The Organization’s fourteenth member, or so they say. Quiet but hard-working, and desperate to be useful.Kingdom Hearts: 358/2 Days leans heavily on the mystery of Xion, and whether or not you’re invested will go a long way to say whether you enjoy the game itself. 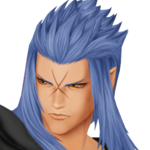 Introduced as a minor villain in Kingdom Hearts II, Saïx serves as Roxas’ direct superior during Days. It seems he used to know Axel in their life before the Organization, and the two used to be working together on something big. Why are they so distant in the present? 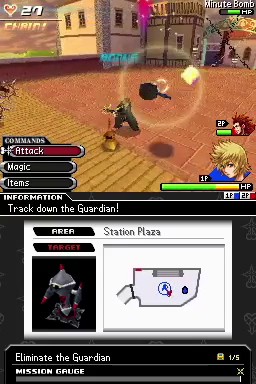 Kingdom Hearts: 358/2 Days takes its structure from another of Square Enix’s titles: Crisis Core -Final Fantasy VII-. In Zack’s prequel adventure, he went through complex, main story missions, with over one hundred, weaker side missions waiting in the wings, eachc reated by attaching new enemies and objectives to recurring, segmented maps. In Roxas’ prequel adventure, there are no big story missions, and the entire game is made up of recurring maps, now much larger and more detailed.  The game even inherits SOLDIER’s mix of corporate and military policy, with the sterile, white walls of the Organization’s HQ between every mission, and Saïx as more of a disgruntled middle manager than a commanding officer.

Unfortunately, the doldrums of corporate life, while probably intentional and thematic, just weighs down the repetitive nature of the game’s own story, and it’s hardly alone. At the end of most of Roxas’ 96 missions, Roxas, Axel and Xion go to the clock tower in the world of Twilight Town to eat ice cream, and the player will be bored to death of the area’s musical theme by the time the game is over.  This problem is even worse in the HD adaptation, but is still bad in the original game.  The narrative isn’t helped by its decision to use subtler, less expressive character portraits than the ones seen in the GBA Chain of Memories, and to put them on the right side of the dialogue box instead of the left: this means the characters’ emotions are barely visible at a glance, and gives the impression that everyone’s coasting through their emotional journeys in neutral.

Kingdom Hearts: 358/2 Days‘ presentation and gameplay is restricted by its multiplayer limitations, even in single-player.  The graphics are the worst in the series, since the DS had to brace for four, simultaneous playable characters. Characters use thick, plank-like hands to hold on to pixelated, 2D weapons, even in narrative close-ups (except one infamous bit where Roxas fights with a 3D stick).Attacks and animations are restricted and jerky, and all the smooth transitions between actions from Kingdom Hearts IIare long gone.  Many environments in the game come from Kingdom Hearts or Kingdom Hearts II, but are downscaled to speed up navigation and to cut down on the polys. There are also problems that stemmed out of multiplayer, and carried over to single, but didn’t have to, making them feel even worse. For example: the decision to increase difficulty purely through longer and longer enemy HP bars. And while this has nothing to do with multiplayer, the altered camera controls in on the DS only make the experience chunkier, no matter your choice of options, sacrificing either camera control or quick-fire buttons, or god forbid, controlling the camera with the touchscreen.  But just like any good multiplayer game, the player is given a phenomenal number of customization and gameplay options. 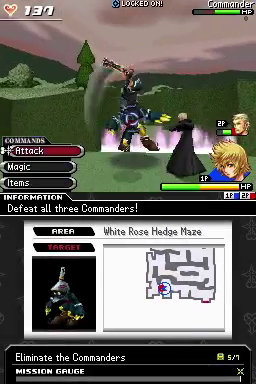 While the player is restricted to using Roxas during the main storyline, the multiplayer “Mission Mode” features all original thirteen Organization members, with Xion, Donald, Goofy, Riku, Sora, and Mickey unlockable. Xion is mostly a gameplay clone of Roxas, but everyone else is entirely unique. Each character (except Riku for some reason) is strong against a certain status effect, and they each have their own attack styles, like Xigbar’s guns or Zexion’s spell-books.  But it goes even further than that, as each equippable weapon offers unique attack combos, and even branching, alternate combos the player can access by pressing Y in time with on-screen prompt.  Artistically, the total number of weapons is doubled by palette swaps, but the gameplay variety is legit. Each weapon (except the first few) also comes with a unique set of three abilities you can unlock that also vary by character!  Unfortunately, the bonus characters (other than Xion) only get a small handful of weapons, with most giving identical results, but the variety for the Organization is still staggering.

Characters also have access to an impressive array of magic. In every other Kingdom Hearts game, the three tiers of Final Fantasy magic generally represent simple upgrades over the weaker forms. Thunder in Kingdom Hearts gives you an area attack, and Thundara and Thundaga only upgrade the range and damage. Not in 358/2 Days, where each level of spell is an entirely unique attack: Thunder fires a line of lightning that hits multiple times, Thundara is the Kingdom Hearts area attack, and Thundaga calls down a giant bolt of powerful lightning a half-second after the cast.  While one spell, Curaga, is only useful in multiplayer, that still leaves the player with a massive spell library. But in one of the game’s odder decisions, magic in 358/2 Days isn’t MP-based like every other game in the series, but ammunition based like in Final Fantasy VIII, which is discouraging in practice. 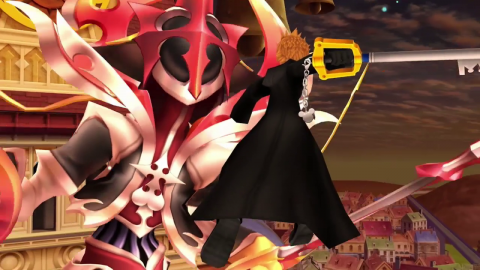 All this customization requires you to use this game’s oddball Panel system.  Instead of standard equipment, magic, and skill menus like you’d expect from other games in the series, each ability has to be installed into a grid. Some panels only take up a single slot, while others taking up huge, awkward shapes that complicate the build process, reminiscent of Resident Evil or Diablo’s tile-based inventory systems. At the start of the game, only some of these panels are unlocked, but part-way through the game, Saïx begins to reward “Slot Releasers” for every mission you complete, leading to three pages of the things. Everything has to be crammed into this grid: weapons and their upgrades; every individual cast of magic staggered between upgrade panels and multiplier panels that give you additional casts of the spell; items; special abilities with their own panels and upgrades; and yes, even Level Ups, which take the form of a panel and can be multiplied similar to spells.  This game-long jigsaw puzzle is a constant thorn in your side, and discourages the use of magic especially, which is a dire mistake that will come to bite the player by the time they reach Wonderland, or the Nightmare Before Christmas boss.

Worlds in 358/2 Days are all repeats, though the Aladdin and Peter Pan worlds use all new maps, and the Alice in Wonderland world has a handful.  Heartless are also mostly repeats, though there are plenty of remodels to keep things interesting.  The Disney storyline-ending bosses (which are mostly brand new) are infamous. While most of them are tactically interesting, nearly all of these fights are like squeezing blood from a stone, HP sponges above and beyond the usual.  Two bosses, Leechgrave (the aforementioned Nightmare Before Christmas boss) and the Ruler of the Skies, have drawn ire as some of the worst in the franchise. Both feel like a multiplayer experiment that got out of hand. Leechgrave requires you to repeatedly defeat its stubborn monster limbs, which is much easier when you have multiple characters, while the Ruler of the Sky requires you to chase it down in the slowest mid-air battle on record, something that’s partially mitigated by having a friend to pincer the thing.

Multiplayer offers alternate versions of most of the game’s missions, though they have to be unlocked by finding a special badge in the mission itself.  Mission Mode has a three-life maximum per player, and even larger enemy HP bars, which exist no matter how many people are playing! This is true even if you’re playing Mission Mode solo to earn its prizes. Thankfully, playing solo even has improved returns in the international release. These prizes are awarded in the form of Mission Crowns: everyone gets crowns the first time they play a mission, but to get all the prizes, you’ll need to get additional crowns by winning the highest score during the mission. Most missions also end with a race back to the level’s exit, with a small prize cache for the winner.

While 358/2 Days doesn’t have a winnable concept trailer like the previous games, it does have post-game bonus, the “Secret Diaries,” unlocked by completing Challenges. Challenges have you replay old missions while completing some stunt, like speed runs or avoiding damage. But it’s rarely the stunt that gets you: enemies are given level increases and damage boosts, and the hardest challenges in the game involve refighting the major bosses with a fifty level boost, and/or a hefty level cap for Roxas! 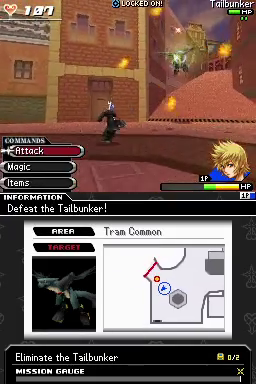 When the Kingdom Hearts games were given their HD re-releases, the two DS games, 358/2 Days and Re:coded, proved to be a bit more trouble.  Square Enix’s official excuse is that they were too hard to port, either because of the DS’ dual screen or because of programming differences. It probably didn’t help that neither of them are quite as well regarded in the fandom! For one reason or another, it was decided not to port the games as games, but as cutscene collections arranged like pseudo-films.

As the first to hit market, the 358/2 Days movie is the weaker of the two (and many of its faults are shared with the “film” added to Kingdom Hearts as DLC).  In both movies, plenty of scenes are simply ditched and replaced with a text summary, and358/2 Days just waits for you to read them.  The 358/2 Days film is also purely restricted to the original cutscenes, with no new content, meaning it’s lacking in action and combat. There are no amenities to make the scenes a better film-watching experience, and it wouldn’t be outlandish to assume that Square Enix created the collection with the idea that it could be chopped back up to put into a proper HD game if the opportunity ever presented in the future.  For what it’s worth, the fully voiced and animated 358/2 Days film is more dramatically expressive than the wooden original, but it’s still three hours of unrelenting ice cream scenes, stuck together with empty paragraphs of text. 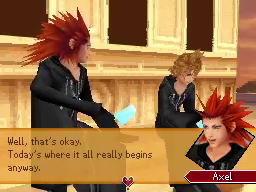 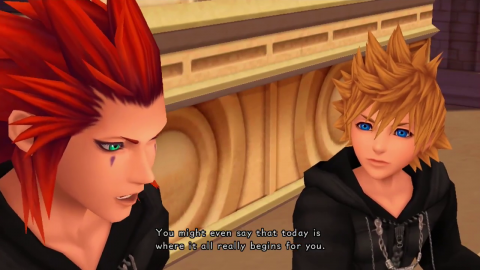