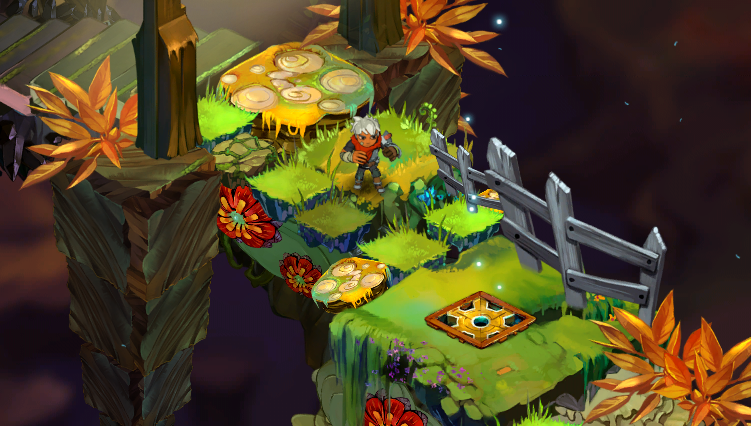 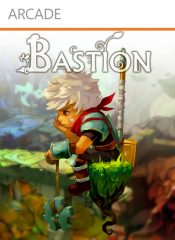 Storytelling is a medium that has existed in human culture since we began as a species. Over the years storytelling has adopted many forms, shaped many cultures and fueled many artistic endeavors. From here we have the luxury of combining oratory, the oldest form of storytelling with the newest form, video games; in Bastion. 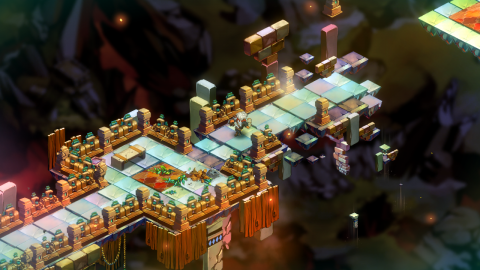 Released initially in July 2011 on the XBox Live Marketplace and ported to many platforms thereafter including but not limited to functionally all PC operating systems, PlayStation 4 and iOS, Bastion was the first published release by developer Supergiant Games and has won over 100 industry awards. Published by Warner Bros. it earned them some good will towards PC gamers for the first and last time. 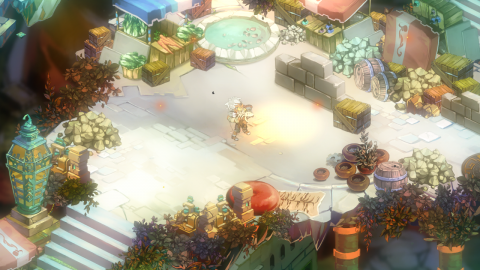 Voiced by Logan Cunningham in his debut voice work performance, the first thing one experiences upon beginning the game is the statement, “Proper Story’s supposed to start at the beginning. Ain’t so simple with this one.” Such are the words of the narrator, an elderly gentleman who sets the tone as he recounts the tale of The Calamity and The Kid who singlehandedly journeyed in the effort to restore the world as it was known. 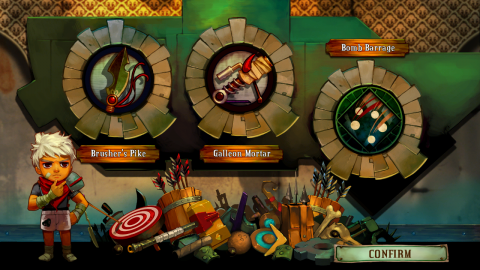 One is immediately presented with the complication The Calamity has caused: The world is gone. Fallen below into a seemingly infinite void with only bits and pieces of floating ground, rock and construction to move about upon. Fortunately, The City’s Crest that The Kid wears upon his back has the power to restore just enough of the world back where it belongs in order to move about, the pieces of the world falling or rising back into place should The Kid’s movement bring him close enough. 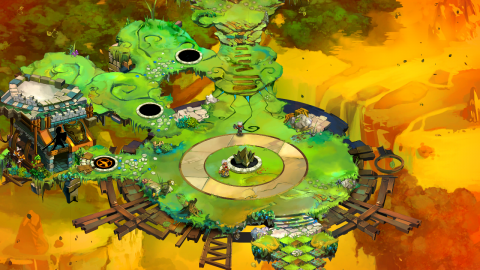 It does not take long for The Kid to be reunited with his weapon of choice in his tours of service to the city of Caelondia, a hammer bearing the city’s name. The first of many interesting and varied weapons for The Kid to defend himself with against the many creatures left behind in the Calamity’s wake. With the goal of reclaiming the city’s Cores to power the Bastion, the place where everyone agreed to go in case of trouble, The Kid must contend with the broken locales, self-interested creatures and the dire visage of that which once was in order to restore the world to a rightful state. 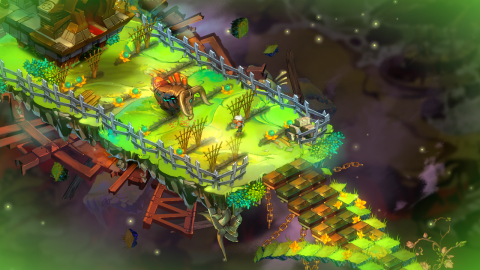 Taking control of The Kid, Bastion plays from an isometric perspective. Moving about is simple enough in and of itself with 360 directional movement and evasive rolls for added mobility. The Kid is able to carry two weapons at once and prepare a single Secret Skill, special moves that are mostly tied to the very weapons The Kid wields. Weapons and skills are acquired in the various levels The Kid must journey through. Along the way are training grounds that the various organizations of Caelondia used in their duties to the city. The Breakers, messengers for the city that were masters of the bow and the Slingers, pistol-toting tamers of the wilds; just to name a few. At these locales The Kid can undertake the challenges that these groups tackled themselves to achieve mastery with the weapon of their discipline. Should The Kid succeed, then he will be provided with materials with which to improve his weapons and a Secret Skill. However, Bastion is not without it’s faults, mostly revolving around the weapons and the systems surrounding them. It becomes clear before long that some weapons are just plain better than others. The game provides modifiable difficulty by invoking the power of the world’s antonymous gods, empowering the enemies that The Kid will face. Doing so however highlights the flaws in the weapon systems as one quickly realizes that the best way to win is to play rocket-tag and stick with hard-hitting ranged weapons as opposed to more rapid-fire weapons. Further complicating this are the introductions of the weapons in the levels themselves. While this contributes to the world-building it raises questions why The Slinger’s dueling pistols were their weapon of choice when introduced against enemies that will guard and become impervious to damage after a single hit as their rapid-fire nature does The Kid no favors against the same. This can cause levels to become frustrating as the player is generally forced to use an un-upgraded weapon against enemies that the weapon in question is not the best choice for. Thankfully the game provides Arsenals to change one’s loadout within many levels, but sometimes one must traverse more than half the level to reach it. Another issue that can make things difficult is an inconsistent hit-detection with weapons that fire in cone-based manners, particularly when up close in the face of an enemy. Thankfully, Bastion’s true strength lies in it’s atmosphere. In all of these endeavors the narrator will outline not only the history of the frontier city of Caelondia but the very actions of The Kid himself. Should The Kid stand about and break things with little reason, the narrator will say that he just rages a while. Should The Kid be at full health at the end of a given encounter, the narration will say that he “Doesn’t have a scratch on him”. The narration of the game, as told by an old scholar named Rucks, is dynamic, fluid and comprehensive. There was great care made to ensure that a line read never overlaps with or is interrupted by another. The oration provided brings about feelings of wonder, curiosity and sorrow as The Kid navigates the ruined remains of what was once the city and it’s people. Scored by Darren Korb, the audio for Bastion is a treat. Complimenting heavily with Caelondia’s nature as a fantasy frontier town, there are several musical pieces with acoustics, bass and banjo. There are even some regional folk songs thrown into the mix in a wonderful arrangement of music making for a memorable and fitting soundtrack. This perfectly complements Jen Zee’s hand-drawn backdrops and locales that The Kid will travel to. Many locations are made with bright colors and warm tones, visuals that tell as much of a story as the music and the narration making for a strong sense of atmosphere that’s difficult to compare. Touching on Caelondia’s prosperity, challenges and triumphs; one also comes to appreciate the city wasn’t what it was without breaking some eggs as Rucks touches upon the feet the city stepped on to achieve what it did, even calling out it’s sins and how that relates to the current state of affairs. One can’t help but feel some parallels to our own real-world situations and perhaps there are lessons to be learned. While not perfect, Bastion is a solid game that goes the extra mile in making a world, fractured as it is, come to life. The Steam version of Bastion comes with Portal related content, featuring a Turret summoning Special Skill and some narration regarding Portal-Universe concepts and characters. The iOS version, sporting a different user interface has the Dueling Pistols replacing the Fang Repeater as the first ranged weapon in the game. This change was made as it was a more friendly introduction to the game’s controls. The Xbox 360 and Vita versions also only run at 30 FPS while the others run smoother.