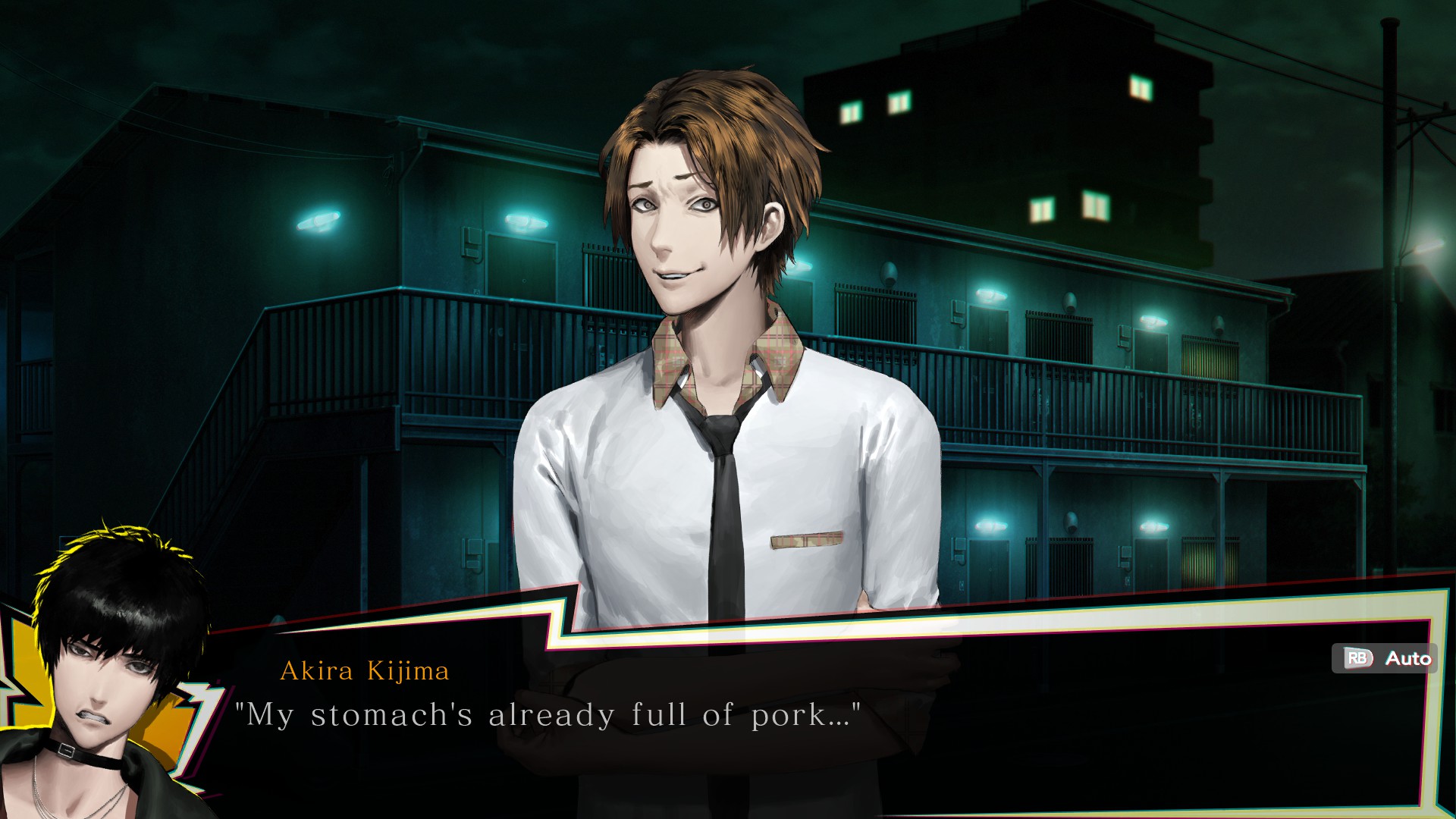 A year after the release of Death Mark came its follow-up: the SEO-destroying NG. An abbreviation for many concepts within the game – most commonly “No Good” – it’s a daringly obscure title, and one US publisher Aksys Games correctly realized wouldn’t fly in the West. To solve this issue, they prefaced the title with the moniker Spirit Hunter – a header they’d retroactively apply to Death Mark. It was a wise move: initially billed as a spiritual sequel, NG is more or less a direct continuation, albeit with a brand new cast. It’s strongly recommended that the two games be played in order, as NG drops both thematic and direct spoilers for Death Mark.

Set in the fictional Tokyo district of Kissouji over the course of balmy August 1999, NG follows hot-headed delinquent Akira Kijima as he mulls over the existential dilemma of entering the world of adulthood.  Adopted by his aunt Natsumi after the death of his mother, Akira’s frequently on the wrong side of the law, hanging out with gangsters and competing in underground prize fights. However, he always makes time for his young cousin Ami, who looks up to him like a big brother.

One evening when babysitting Ami, Akira finds a black postcard outside his front door. Mixing allusions to the tale of Princess Kaguya with jumbled nonsense, the pair initially pay it no mind, until Ami is spirited away without a trace. As Akira panics, he’s drawn to a crossroads by a phantasmal flute melody, where he meets Kakuya: a kimono-clad, childish spirit. She’s taken Ami as a new playmate, and if Akira wants to save her, he’ll have to play Kakuya’s Game.

Essentially, Kakuya’s Game is not unlike the Curse of the Mark. Roughly once per week, Kakuya tasks Akira with meeting a different spirit – keeping with her own theme, each is roughly based on a different Japanese folktale, such as Urashima Taro and Tsuru Nyōbō. Akira and his friends must track it down, learn its origins and weakness, then decide whether to exorcise or destroy it. The timekeeper this time is far more grotesque than the cursed mark: once the fated hour approaches, numerous chattering mouths sprout from Akira’s face; taunting, babbling, and biting at his fingers – invisible to anyone but him. 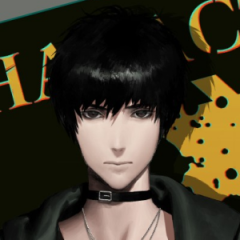 Our protagonist. A 17-year-old street-fighting, motorcycle-riding delinquent. Rough around the edges with a heart of gold, he’s proficient in physical strength, logic, as well as psychic feats, making him just a little too perfect. Has the power of Bloodmetry, which allows him to see visions of the past when he touches a bloodstain. 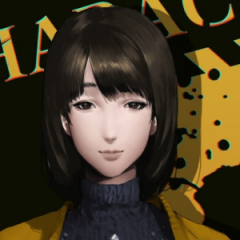 Akira’s aunt, who became his legal guardian following the death of his mother. A successful horror novelist who runs the Black Rabbit, a quiet bar in central Kissouji. 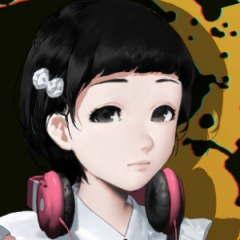 Natsumi’s young daughter and Akira’s cousin. This once lonely only child was thrilled when Akira joined her family, and thinks of him as a big brother. Her abduction throws the plot into motion. 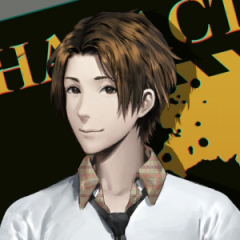 Akira’s best friend. Heir to the Amanome Yakuza Family, he’s earned the nickname Prince of Threats due to his talent for blackmail. A connoisseur of weird novelty drinks (“Liquid Tonkatsu”) which he loves to share with Akira. 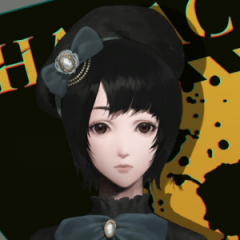 An occult-obsessed high school girl and friend to Akira’s cousin Ami. Her true identity is gothic lolita idol Momo Kuruse. She wants nothing more than to seek out the supernatural wherever it may be found. 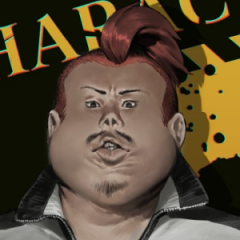 This schlubby, low rank member of the Amanome Family makes the dubious claim to have once been a biker gang leader. Initially antagonistic, he warms up to become a loveable goofball. 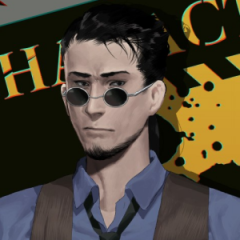 A scumbag journalist. He’s a valuable resource as he has eyes and ears everywhere, though he’s not above extorting money from Akira only to gamble it away. 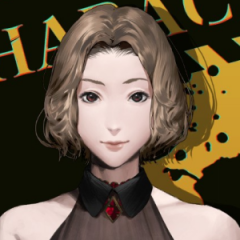 A stage magician and sultry femme fatale. A skilled lockpicker who’s just as much of a ne’er-do-well as the rest of Akira’s associates, she brings a touch of sophistication to the party with her knowledge of the arts. 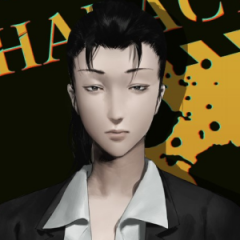 A crooked cop investigating Ami’s disappearance. She’s suspicious of Akira, who obviously knows more than he’s shared with the police. Quite happy to steal evidence and engage in violent interrogation when it suits her. 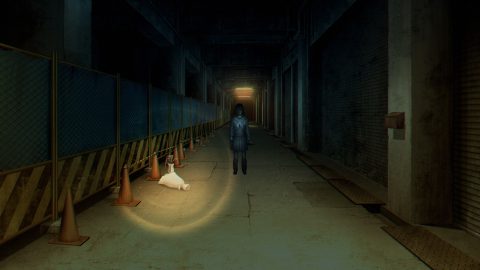 Kakuya’s deadline isn’t just a single night, allowing Akira’s party to regroup and make sense of their clues over the course of several days. This makes for many more quiet moments, and the smaller, tightly knit cast is to NG‘s benefit. Each character is a constant present throughout the duration of the game – that is, as long as they’re kept alive – allowing the player to really get to know them. This is complemented by the Judging system, an opportunity for the player to decide Akira’s mood in reaction to certain dialogue. It’s ultimately just for flavor; maintaining positive relationships doesn’t affect the story directly, though it is an effective immersion tool. One can see a smidge of modern Persona influence in NG; not only through the emphasis on character relationships, but especially from the game’s presentation: stylized with jagged black edges and highlighted in bright yellow, the UI is all but lifted from Persona 4.

Whereas Death Mark‘s H-City was a sleepy suburb of abandoned haunts, NG‘s Kissouji is a busy metropolitan district. The change is thematically appropriate: the team at Experience wished to create a sense of “creeping horror”, in which the everyday places we take for granted become corrupted by malevolent influence. There are few derelict ruins in NG; its antagonists haunt public parks, office blocks, and-eventually-the protagonist’s own apartment. This makes the extra days between each encounter all the more important, as the dead follow Akira home to menace him night after night. The level of interactivity the player is allowed within Akira’s apartment is limited, though potent – an uncomfortably long look in the mirror or out a darkened window is always suspenseful, even if it reveals nothing at all. NG has three different settings for its extra frights: Normal Mode maintains the level of cursor-over apparitions seen in Death Mark, while Scary Mode adds a number of jump scares – including some nicely inventive UI screws. Finally, they can be turned off completely. It’s nice to have the extra options for the squeamish as well as those who want the extra horror. These settings make no changes to the story-related scares.

Once all of a spirit’s clues are gathered, the showdown begins. Things work a little differently than they did in Death Mark – now called Survival Escape, the nuts and bolts are the same: use the right item at the right time, though the player is no longer limited to solely interacting with the spirit. Akira may need to throw an object into the distance to lure them away, or use a tool on a certain part of their body. This sounds like it makes for a more complicated experience, but in actuality Survival Escape is far more streamlined than Death Mark’s showdowns: the game tells you outright if you can’t use a specific item on a specific spot, rather than killing you for failing. This essentially railroads the player into exorcise/destroy while cutting out the slap on the wrist for careless trial and error. Of course, the player can still bumble their way into the opposite of their desired outcome. Akira, like Yashiki before him, also keeps a diary of clues which can be referred to at any time – being an impatient teen, he sticks to clipped, just-the-facts sentence fragments, in a nice contrast to Yashiki’s detailed prose. 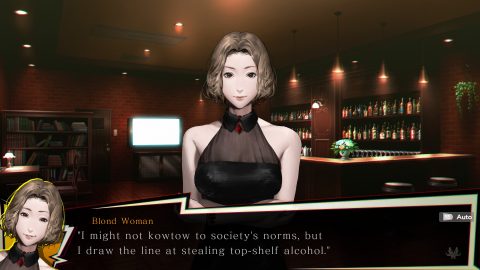 Initially, it appears as though NG makes a forceful push towards finding a peaceful exorcism for each of its spirits; obviously, you want Akira’s friends to survive, and many of the actions required to destroy a spirit this time are far crueler than they were in Death Mark. While Yashiki had the option to use violence in self-defense, Akira’s options are downright sadistic: will you retrieve a child spirit’s missing teddy bear for her, or will you throw it in front of an oncoming train? Surely the good ending where everyone is saved is the most desirable outcome – until one learns NG has multiple endings depending on which characters die. Most characters have multiple death scenes depending on which chapter Akira partners with them, and each death “rewards” the player with detailed gory CG. The good ending isn’t actually all that satisfying, and there’s no extra chapter to work towards this time. The worst ending – in which everybody dies – is as enticing and surprising as it is tragic. However, pursuing this ending means the player will miss out on the best character moments; especially the dynamic between Akira, Momo, and Seiji; NG‘s power trio. And who could bear to do them dirty?

Experience clearly wanted players to explore every last nook and cranny of NG, and those who wish to do so will find a lot to enjoy. Akira occasionally gets text messages from a mysterious figure called D-Man. Supposedly an editor for OOPArts Monthly, he tasks Akira with proving himself a true devotee of the occult. To do this, he must locate the D-Cards, trading cards that detail different spirits. Each card’s hiding place is hinted at by text message, and hunting them down is optional yet rewarding:  Some are callbacks to Death Mark, some are encountered in NG, and some entities have yet to be seen.

That’s not to say that the game doesn’t have troubling moments. Like all of Experience’s games to date, NG has its share of cheesecake shots. While the game mercifully chooses not to inflict the same level of indignity to its female cast that Death Mark did, the plot still falls into the age-old misogynistic trappings of genre horror: all of the spirits are women, as well as most of the victims – including a particularly gruesome subplot involving a serial killer of young girls. Each player will react to these moments differently, but the absence of sexual assault this time makes NG a much more palatable experience than Death Mark, and an easier recommend. 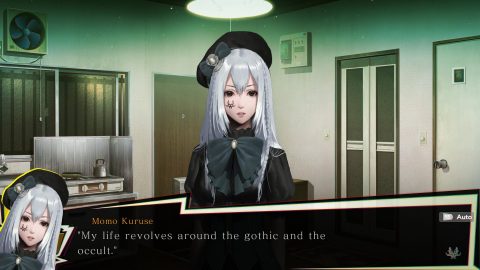 Despite its positive critical reception, NG sold incredibly poorly in Japan. However, Experience were undeterred in their desire to continue the world of Spirit Hunter. In November 2019, the developer began crowdfunding for a third game, Shibito Magire (“Corpse Confusion”), through the Japanese service Campfire. Focusing once again on Death Mark‘s protagonist Yashiki as he goes undercover as a teacher at a haunted private school. The proof-of-concept shots show a side-view presentation, somewhat resembling the classic Twilight Syndrome horror series. A few characters from Death Mark are shown to return, and there also appears to be a reliance on RPG mechanics, including hit points. Initially asking for 15 million yen (roughly $140,000), Shibito Magire more than doubled its goal, collecting 30.6 million yen in pledges. The game is set to release in Summer 2021 in Japan for PS4 and Switch.