Time for a semi-regular updates for everything that’s going on around these here parts.

New (and Returning) Features and Columns

Last time we updated the Patreon goals, we set one for $2,250 that would feature some regular columns but never quite defined what that meant. We’ve focused on bringing back some of the recurring features that we’d done in the past. A few of these are queued up for posting over the next month or so, but if we reach our goal, then we can turn them into a regular feature and post them frequently!

We originally posted these entries in order to promote the crowdfunding campaign for the book of the same name (which was successful and is currently due late summer/early autumn 2019). However, I dig the format, which is generally limited to about 500 words – we don’t always have the time or ability to write expansive articles for anything, but these act as good introductions to games that don’t have much else written about them in English. We won’t be posting anything that’s reserved for the book, but instead writing brand new features just for this proposed column. Just because a game is featured here doesn’t mean it won’t get a longer review in the future – in fact, I’d love to see some pitched, if it catches anyone’s eyes and wants to write something more in-depth. The latest one for these is Animal Land Satsujin Jiken.

The Dark Age of JRPGs

Sam Derboo started this column on the old blog a number of years ago, but kinda fell by the wayside as time went on. This was a really cool feature that focused on a variety of 80s computer RPGs from Japan, most of which, again, have little-to-no English writing. The style of these is more narrative than others, since many of these old games are either obtuse or extremely repetitive (and not all have walkthroughs or guides), so again, they’re more introductions to topics, but I think even with what we have now, we’ve covered a lot of interesting stuff, including an RPG by future Love Hina manga author Ken Akamatsu.

Just weird and interesting video game facts. These won’t be regular since they require us stumbling on stuff during our research, but we’ll definitely make them a focus.

Our listicle feature, focusing on gathering types of games or examples of specific trends. We don’t want to do boring “top X” or whatever articles, but really educational articles that dig into unknown (or scantily covered) parts of game history. There are still a bunch of fairy large ones that haven’t been converted to the new site (like Pre-Street Fighter II Fighting Games and 80s Video Game Heroines). These are very research intensive and take quite a bit of time to put together – and even then, usually requires some community feedback to add in any examples we may have missed – but we can put more emphasis on these in the future.

Your Weekly Kusoge and 500 Word-Indies

These were more regular features in the old days (and not all of them are converted to the new site yet) but we’d like to bring them back still…though maybe not weekly for the kusoge stuff, since we’d rather focus on good games rather than bad, but there’s still tons of terrible stuff to highlight.

We’ve actually been working on a ton of these lately! 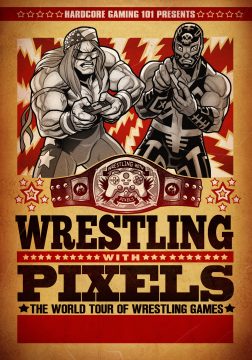 This is a long-in-the-works book on the history of wrestling games, which was funded on Kickstarter back in 2013. It’s been a long road, but we’ve continued (albeit slowly) to get this published. On Patreon, we’ve posted a preview of the current version, which you can access if you’ve donated $5 or more. This is 68 pages and includes reviews of every wrestling game from the genre inception up until 1993, plus a few extra features, like an interview with Goichi “Suda 51” Suda and look at some of Hulk Hogan’s non-wrestling based video game experiences. We still don’t have a set release date for the final product but we’re aiming for the first half of 2019. 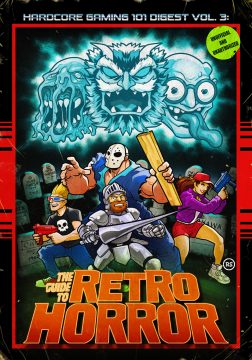 We officially unveiled this not too long ago, and this is actually much closer to completion. In fact, if you’re a Patreon donor, you can get a complete (pre-edited rough copy) PDF right now! While HG101 published this book, it’s basically Rob Strangman’s baby, who pitched to me awhile back, and has used his experience as an old-school fan site webmaster (of The West Mansion and The Ghoul Realm) to provide newly written articles on Ghosts ‘n Goblins, Splatterhouse, and Monster Party. Since these were some of the more popular horror games of the late 80s/early 90s, I rounded out the rest of the digest with a variety of other games from assorted genres and platforms, giving a good broad overview of the types of games out at the time. This will be available in time for Halloween, probably early October. 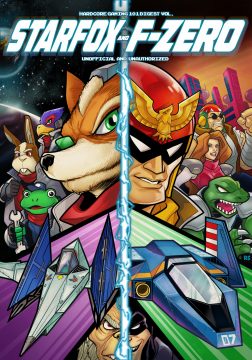 Another digest is arriving soon too! This one covers two of my favorite Nintendo series – the F-Zero one is on the site currently, written by Sam Derboo, but the Star Fox is brand new and written by myself. I’m also including a history of some early 3D games by Argonaut, including the computer game Starglider and the X series on the Game Boy/Nintendo DS, plus some lesser known 3D rail shooters like Vanark and Gamera 2000.

Additionally, while we focus primarily on retro games, which don’t really go out of date, occasionally there is new information, or new games to be covered. While we typically create small updated to old titles to make minor changes, when it comes to brand new reviews, it doesn’t make sense to issue a whole new edition and request that readers re-buy the whole thing in order to read a smidgen of new content. So starting with this volume, future digests will also include some updates to previously published books. This will include reviews of the Wonder Boy: The Dragon’s Trap remake (and the Wonder Boy Returns revival), some homebrew Castlevania games plus a look at the anime, and several additional entries to our “Best Games of All Time” list, accommodating games that have been released since 2015 as well as a few we couldn’t squeeze into the original’s 200 game limit.

I have been working on and off on this book for years. The project keeps getting bigger and bigger, especially since the series is still alive, and Atlus is still regularly releases new games, as well as ports and spinoffs. At some point I’ll need to put a limit on it. But right now it’s scheduled to include everything up to the new mobile game as well as the Dancing All Night games. 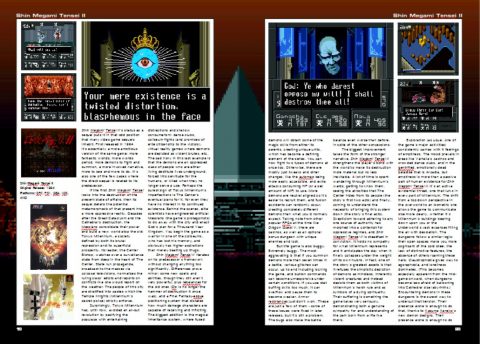 In the next few weeks, I’ll be putting up a preview for Patrons that includes reviews of all of the mainline Shin Megami Tensei games (the FC originals, their remakes, the MSX/PC88 game, SMT1 – 4, If…, Strange Journey, and Apocalypse), which ends up at about 70 pages. It’s a lot of content that myself and the site contributors have worked extremely hard on, but even then, this is only maybe 1/3rd of the whole book. But, this will be a major focus after the above digests are complete, and I’m aiming to get it completed for some time in mid/late 2019.

Shortly we’ll also be posting a poll of potential upcoming books, so you all can vote on what you’d be most interested to seeing!

A few months back we updated our Patreon goals to include roles on our Discord, perks for our Top 47,858 Games of All Time podcast, and some physical goodies. For anyone pledging at the $32 or above tier, we’ll be sending out custom cassette tapes that including a recording of Episode 100, featuring Tetris and Rez. There are only 30 of these in existence so they really are true collector’s items. This bundle will also include some exclusive HG101 stickers and pins. Pledge before the end of September 2018 to get yours! If you’ve already pledged at the $32 level or above at some point, your stuff will be in the mail this week.

In the next couple months, we’ll be designing more exclusive goodies – we’ve been brainstorming stuff like posters and t-shirts, things that are more than just the HG101 logo plastered on stuff, but fun things that you’d actually want to wear or stick on your wall. In our future plans, once per shipment, we’ll also be allowing Patrons to chose one book from our back catalog, have it autographed, and included with your goodies. We will post more news in the future once this campaign has started!

We’ll be at A Video Game Con, on Saturday and Sunday, September 14th and 15th, in Secaucus, NJ. I’ll be there all weekend at my table, selling HG101 books and other stuff I’ve dug out of my closet, so stop on by! We’ll also be hosting a panel at 9 PM on Saturday night, along with Top47k podcast host Xerxes and special guest Slowbeef! Tentatively we’ll be doing some lighting round game rankings for the podcast, so if you’re around late, again stop by and listen, or stay awhile and chat afterwards!

As of this writing, we have over 2,400 articles on the new site. By my estimation, we’ve got about 80% of the old site migrated over here, but it still probably won’t be until the end of the year (or early next) when it can really be considered complete. Plus we still have assorted maintenance to complete, like prettying up the catalog pages, updating the redirects, and fixing up some of the lesser used tags so they don’t link to broken pages. Plus, as you may have noticed, the old Kontek archive has been broken for awhile, mostly because they moved to HTTPS, which broke our CSS files. (We actually tried moving this server to HTTPS too, but that broke the template in different ways so we’ve kept off on it for now.) Once all of the site (and what’s salvageable of the old blog) are ported to the new site, the archives will be removed. However, I’ll still be preserving key sections of the old site over here, using their original files. And there will be some parts of the old site that we haven’t quite figured out how to convert, primarily the massive Gaming in Korea piece.

Since I still get questions about users confused by site navigation – the classification works identical to how it did on the old site. Just go up to the top bar and hit “Reviews” and you can see breakdowns by platform, genre, developer/publisher, theme, or just get a whole big list of everything. The search bar function is also pretty robust. If there’s an article on the old site that you can’t find here, then it hasn’t been converted yet. Almost everything will make it over, though there are a handful that we’re redoing from scratch, that will be posted when they’re ready.