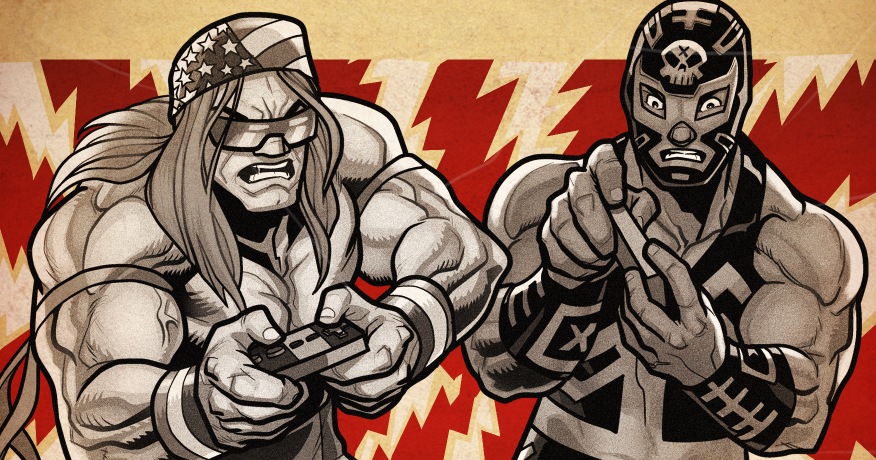 Over six years in the making, Wrestling with Pixels, a comprehensive guide to nearly every wrestling game ever made, is now available in digital form! At over 240 pages in length and covering more than 300 wrestling games, this book is massive and covers a whole ton of stuff, including many computer titles from the 1980s and plenty of Japan-only releases. The Kindle version can be purchased for $12.99 at Amazon (and for international Amazon sites at an equivalent price), but also note that both the PDF and the Kindle version can be had for a $5 pledge to our site’s Patreon, which includes digital copies of four of our most recent books (Namco Arcade Classics, Treasure, Épopée, and Star Fox/F-Zero), so it’s a much better deal!

Our Sellfy store, which previously sold PDFs directly, was closed recently, as the site changed their pricing structures to be completely untenable. We’ll be uploading all of our older books, as well as this one, on a new platform sometime in the near future (probably itch.io) but for the moment, the Patreon pledge is the only way to get the PDF version (unless you were a backer for the original Kickstarter, in which case you can find all of the links in this post.)