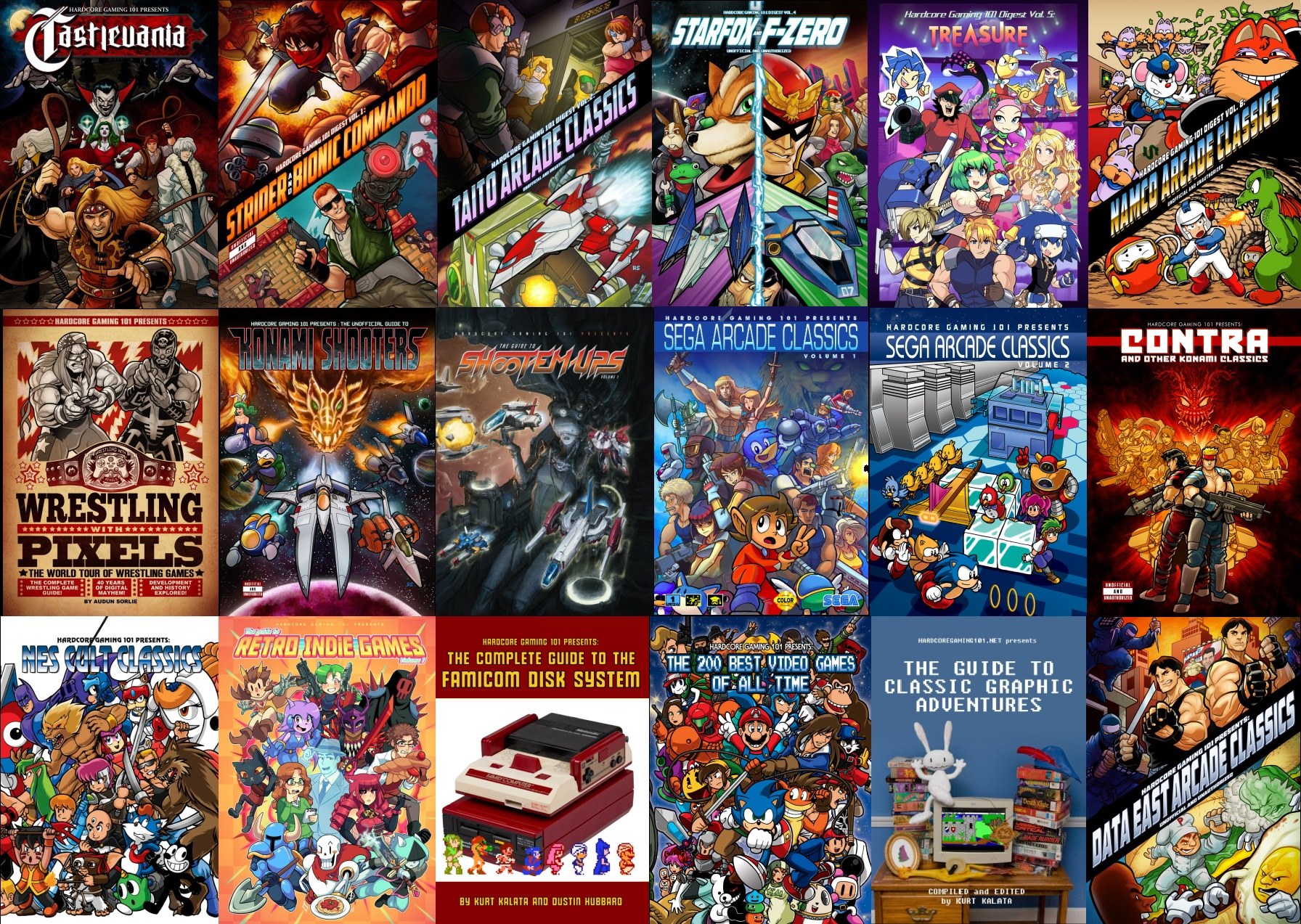 We’re making a few updates to the Patreon tiers and goals for 2021!

We’d like to pay our writers more! If we reach this level, we’ll be able to increase our pay rate!

We’d still like to pay our writers more! So give our contributors a pay raise!

Want to get rid of the video advertisements? We’ll remove them if we reach this tier (though we’ll still be keeping HG101 book and Amazon cross promotion, though these are also much less annoying). Keep in mind it would need to reach this tier for three months since that’s how long we’d need to exit our contract with the ad server.

We want to pass this extra money along to the writers that keep HG101 going!

These tier changes will take effect on May 1, 2021. So if you want to contribute now, that’s A-OK!

Please note that any books offered apply only to HG101-published books. This means we don’t have the rights to distribute books owned by other people/publishers. Exclusions are The Untold History of Japanese Game Developers series, Japanese Video Game Obscurities, and the upcoming Guide to Japanese RPGs from Bitmap Books.

● The tier for Patreon bonus podcast episodes will be increasing to $3. This tier will get you access to a backlog over 140 bonus episodes, plus an extra episode every week on a going forward basis!

If you’re already pledged at the $2 level, or paid on a yearly basis, don’t worry – you’re grandfathered in and don’t need to increase your pledge. But we’d really appreciate if you did!

● The $5 tier gives access to digital copies of the two most recent HG101 published books – as of this writing, this is The Guide to Shoot-em-ups Vol. 2 and The Unofficial Guide to Shin Megami Tensei and Persona). You’ll still get digital copies of books as they’re released, plus your name in the backer credits.

● The $10 tier has returned, which gives access to five of the most recent HG101 published books, plus one bonus – as of this writing, these are The Guide to Shoot-em-ups Vol, 2, The Unofficial Guide to Shin Megami Tensei and Persona, Wrestling with Pixels, Digest Vol. 6: Namco Arcade Classics and Digest Vol. 5: Treasure, plus The 200 Best Games of All Time, which is a $48 value! You’ll also get all of the stuff from the previous tiers.

● The postcards have been moved to the $20 “Physical Goods” tier. This is due to the cost of shipping (especially international shipping) increasing dramatically over the past few years. However, any new pledges at this tier will receive a welcome package of eight of our previously created postcards, plus all goodies going forward, including paperback copies of the books as they come out. We’ll be doing most postcards in the future, as well as other goodies like bookmarks. We’ll be looking into posters, too.

● The $32 tier gives you digital copies of the entire HG101 published library (currently worth over $120!), plus the physical books as they come out, and the postcards and other goodies. You’ll also get all of the stuff from the previous tiers.

The Guide to Shoot-em-ups Vol. 2 has just been released, but there are a plenty of other projects in the works:

The Guide to Beat-em-ups Vol. 1

This book covers seminal belt-scrolling beat-em-ups, beginning with Renegade/Kunio-kun and Double Dragon, along with all of the works by Capcom (Final Fight, Dungeons and Dragons, Captain Commando, etc), Konami (Teenage Mutant Ninja Turtles, The Simpsons), plus Streets of Rage and a handful of others. You can expect this in the summer!

We’re doing another Nintendo-focused digest focusing on some of our favorite Nintendo properties, along with some looks at some lesser known NES/SNES Nintendo titles.

A follow-up to the Retro Horror digest from 2018, this volume will have even more spooky retro games, including Clock Tower, Alone in the Dark, and many other (obscure and well-known) Japanese, American, and even European horror games from the 1980s and 90s.

A follow-up to the first volume from back in 2017, this long awaited translation of the original Japanese release will be available later this year. The focus on this volume is games from the late 1990s, primarily on PlayStation, Nintendo 64, and Game Boy Color titles.

This follow-up volume focuses on both recent indie hits and some more interesting underground titles that readers of this site would probably be interested in. We’re finally featuring Cave Story (a noticeable absence from the first book) plus others like Celeste, Hollow Knight, Into the Breach, and Cuphead.)

Another Sega volume (finally!) focusing on games that originated on the Master System and Genesis, and maybe a few SG-1000 games if we can squeeze them in. The main focuses will be the 8/16-bit Sonic games, Shining Force, and Phantasy Star, as well as anything else we can squeeze in.

All of this will keep us quite busy through 2021 (and probably through 2022) but there are always lots of projects being planned and worked on. As always, thank you for your support!