Gamest was one of the many video game magazines that ran through the 80s up until 1999, primarily created for arcade enthusiasts, but it was also known for its many, many typos. The most amusing of these was actually canonized by Capcom. 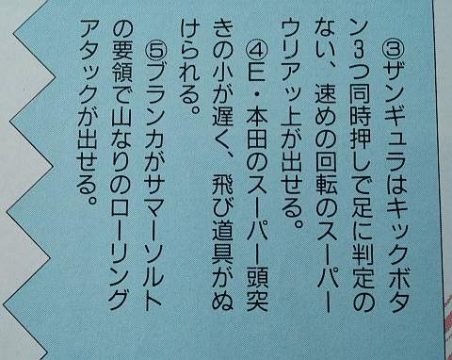 In the January 1993 issue, in reference to one of Zangief’s special moves, they made two ridiculous errors in the same sentence. First, “Zangief”  (ザンギエフ) was misspelled as “Zangyura” (ザンギュラ), and secondly, the name of the move, which should have been “Super Lariat” (スーパー ラリアット) but ended up as “Super Uriajjou” (スーパーウリアッ上). That move name is almost complete gibberish, primarily because it ends the word with a kanji character rather than katakana.

Gamest actually made the same typo AGAIN when sticking his name in a character poll.

It didn’t help that the name was actually wrong, since it changed from “Super Lariat” in the location test to “High Speed Double Lariat” in the final version, though that wasn’t their fault.

Anyway, Dmitri from the Darkstalkers games has an attack called Midnight Bliss, which will temporarily change his opponent into different forms. In Capcom Fighting Evolution, if you use this attack on Zangief, he’ll turn until a little Russian girl, seen above. According to the (now defunct) official website for the game, this is Zangyura-chan, named after the famous typo, with a design based on the Russian cartoon character Cheburashka, a monkey-like creature. 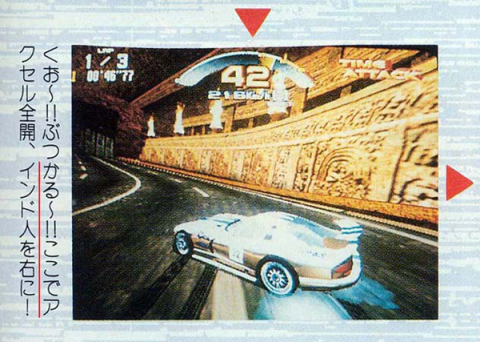 This is probably the most famous Gamest typo, but there have been many others, of course. One of the most amusing is in issue 193, in reference to Sega’s SCUD Race, where the sentence reads “Hit the accelerator full throttle here, Indian to the right!” (ここでアクセル全開、 インド人を右に) The misspelled word should have been “handle” (ハンドル), the word typically used for “steering wheel”, rather than “Indian” (インド人), so it’s meant to say “turn the handle to the right!” (Verbs are sometimes omitted in Japanese when the meaning is obvious, though here the ambiguity adds to the comedy.) This has since become a Japanese meme in its own right. Sega actually paid tribute to the phrase in their 2015 rhythm game Chunithm, with a song called “The wheel to the right” (written in English). 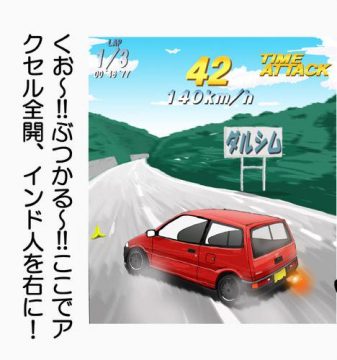 In this image, on the right is a sign that reads “Dhalsim”. An Indian to the right. Hah!
Here’s another one: 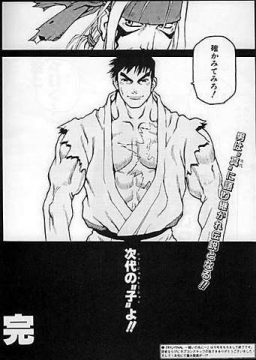 This here is the Ryu Final manga, that was published in Gamest – not even the comics were free from errors. Right at the end, in the final chapter, Ryu says:

This is famous because this was supposed to be a dramatic reveal but instead it’s just ruined with the typo.

That’s not the only one: there was even a typo right on the first page, when introducing the author:

INCORRECT:
中平正彦宣誓執筆！ – Written by Nakahira Masahiko-Sensei (as in “oath”, the word is pronounced the same but the kanji and the meaning are totally different)

CORRECT:
中平正彦先生執筆！ – Written by Nakahira Masahiko-Sensei! (as in “master”, general term of respect)

The joke is that Ryu Final was the manga that began with a typo and ended with a typo, thus making the circle complete. These errors were fixed for the compiled tankoubon release, at least. It was also eventually released in English in 2007 by Udon, though this book is long out of print. 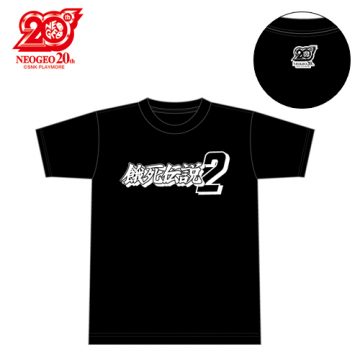 Back in these days, the manuscripts were typically handwritten, so the editors of the magazine blamed the department that converted the text for the magazine for messing it up. But in general, it didn’t help that the contributors were typically gamers with no real editorial experience, and the people converting the text may not have had any idea about video game lingo to make sure it was correct. Plus, it was also apparent that no one actually proofread much of anything before the magazines went out the door.

Thanks to Hanenashi Error for his help with some of these translations!