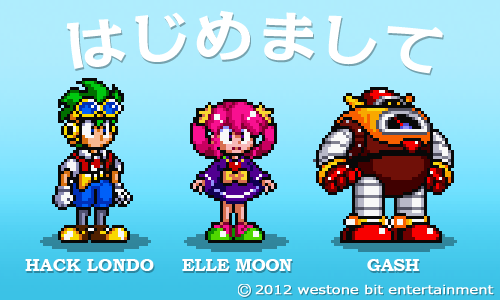 Yesterday, there was an interesting press release from Strictly Limited Games, the German company that puts out small print runs of indie games. It announced they would be putting out a retail version of Sayonara Umihara Kawase, which is cool, but they also had this tidbit:

Changing the rules of limited edition publishing, Strictly Limited Games also invested in another unannounced game, designed by Ryuichi Nishizawa, creator of the Wonder Boy series which is going to please fans and nostalgics of the 90s era. This title has never been published before and has been classified by video game enthusiasts as lost forever after its release was cancelled. More details and information about this title will be available in the next few weeks.

There’s no way this isn’t Aquario of the Clockwork (alternatively Tokei Jikake no Aquario (時計じかけのアクワリオ), or Clockwork Aquario) which we’ve discussed in our interviews with Nishizawa-san from over five years ago. In short, the game was in the works for about a year, but was canceled due to poor location test showing. (It was to be released during the Street Fighter II boom, where nearly everything that wasn’t a fighting game was getting trounced in the arcade.) The location test boards were lost, and while some of the data was found in Westone’s archives, it was missing the data from the sound ROMs, and the game wouldn’t compile without them. 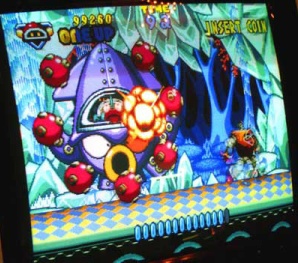 Basically, there could be some way to get the game to work, but it would need some skilled hackers to dig through ancient 68000 machine code in order to get it to function. And the ultimate goal was to have it published rather than just released for MAME, of course. Basically, they needed a publisher in order to fund such a project. The code sat with M2 for a little while (the developer who does a lot of emulation work, probably on the Sega 3D Classics at the time but more recently has been working on the ShotTriggers shoot-em-up releases for the PS4), but eventually they became too busy with other projects to see it to fruition, especially if there was no one to financially support it. But now, apparently, the folks at Strictly Limited Games had inquired about the license (currently held with a company called LAT, which owns the Westone properties after their bankruptcy) and were somehow able to get the game to function in a state that it could be published, presumably for consoles. 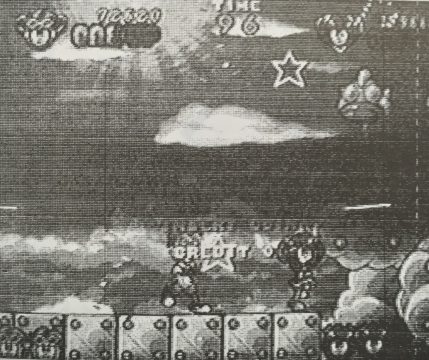 The press release is all “stay tuned for more info”, but it’s hard not to get excited for this. I’ve been super into this game since I found out about its existence, primarily because I love Westone stuff, but also due to the mystery behind it. The only thing we’ve had to go off for years was a translation of a Japanese gamer’s blog who was supplying vague details of the location test, along with some comments from developers. Outside of some sprite rips that Nishizawa was able to extract, a blurry photograph, and a few black and white scans from the Gamengai forums, no one even really knows what it looks like. (The soundtrack was released commercially through EGG Music, and is pretty good, composed by Westone regular Shinichi Sakamoto.) I’ve been a cheerleader for this project for awhile, and even stuck the game’s heroes on the cover of Sega Arcade Classics Vol. 2, to sort of karmically support it coming out. (It’s not really a Sega game, but it was developed for the System 18 board and would’ve been published by them, so it fit the criteria for coverage in the book, even though it’s just a small blurb in the “unreleased games” section.) 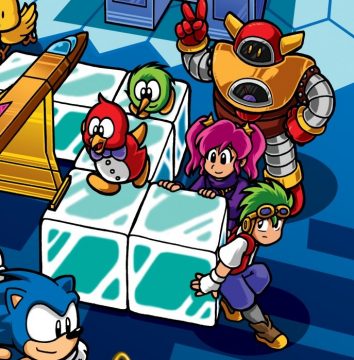 All that’s left to do is waited with baited breath (well, I will, anyway) until Strictly Limited unveils it for real!