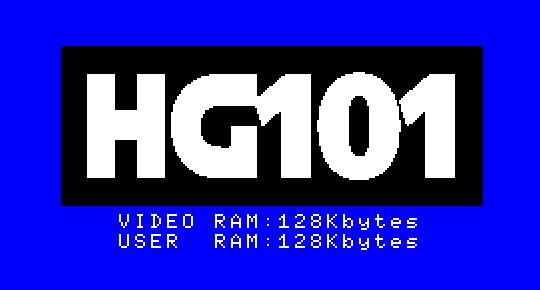 Well, it’s been a long time coming, but HG101 has finally joined the 21st century with modern web design and architecture. The main reason why the site stuck with the old HTML design wasn’t really just to recall the days of early web design, but it was just because what I knew how to do. The secondary reason was that the site’s catalogue is massive and it would take forever to convert everything to a new CMS.

However, as the site has grown from something I did in my spare time into something that’s basically a full time job, the amount of work required to keep up the old design had become overwhelming, especially when trying to balance it with designing books and writing stuff myself. Contributor articles became backlogged, often by several months, just because the HTML formatting was such a bottleneck. So, the change to something much more straightforward has come as a huge relief.

We still, of course, have the issue about converting all of the old content. We’ve been working on this site since May or so, and in that time, we’ve gotten nearly 800 games converted to the new site. I have no solid idea how many games are actually covered on the old site but I’m going to take a guess and say this is about 30% of the stuff we’ve done. For many series, we’ve posted the first few games but still have to finish the rest. There’s still a whole ton to do, which will probably be accomplished over the next year or so, before I can say the revamp is complete. All new articles will be posted here and the old site will no longer be updated. However, it will still be archived at http://hg101.kontek.net if you want to read something that hasn’t been converted yet.

The main thing I miss about the old site was the flexibility in design, whereas with WordPress, you’re limited to what you can do with the template. My web designer also told me that having a whole column devoted to screenshots just isn’t part of the “modern web design” thing, so unfortunately that part of the design had to go. I do miss it, since I enjoy having a whole ton of screens to look at while I’m reading the text. Since we have always placed a huge importance on the number and quality of screenshots, they’re still judiciously sprinkled through the new articles. I do have to say, the new design is much more readable than before, especially on mobile. The other benefit is automatic cataloging and linking of related articles, which was done manually before. This ensures that you’ll always have a ton of stuff to access and read easily.

Of course, there’s still some extra periphery stuff that needs to be fixed around the site. The main thing is searching articles – by default, WordPress searches tags and returns articles in reverse chronological article. This is useless for anyone looking for an index, so I created an alternate method, access via the Reviews menu, that sorts them alphabetically on a single page. The downside is that regular tag searches (which are shown at the end of the article) still work the same, mostly useless way. Also, the old site had info boxes that displayed the developer, publisher, genres, and themes. These were not implemented in time for launch (even though it’s still catalogued in the articles as tags) but hopefully that will return in the future.

There are lots of other small usability issues to figure out, plus I’m sure that in the process of hand-converting several hundred articles, we’ve made some formatting errors. So please bear with us as we fix up everything!

One particular issue we had crawl up – those “featured” images that appear on the main menu and as a header. By default, the browser will scale up the image we use, and since we mostly use low-res screenshots, they look dreadful, with heavy blurry and compression artifacts totally messing up gorgeous pixel artwork. In order to get them to look crisp, I had to (A) manually set the browser’s resizing algorithm, and (B) disable the WordPress image optimization function. So now those look (mostly) fine, but the downside is that other images where filtering would be beneficial (i.e. box screenshots and art) aren’t implemented, so they look kinda jaggy. Images carousels, which I’d wanted to show the rest of the images that weren’t used in the body, no longer function either. Still, I think it’s an okay trade-off, and it looks much better in general.

Given we have to convert all of the old articles by hand, I figured it would be a good time to re-evaluate some of them. The one big criticism I take to heart in regards to HG101 is that the quality of articles is inconsistent from one author to another. Most of these articles aren’t bad, per se, but stylistically it’s not keeping with the tone that I’ve slowly settled on over the course of the years. Plus some are just hugely outdated, or were written at a time when we focused mostly on capsule reviews as opposed to slightly longer formed pieces. Usually when we feature them in books, I go back and improve them. We don’t quite have the time to do that for everything, but anything I’m not happy with, I’m holding back until I can get them into a satisfactory state. In the meantime, everything already posted has (mostly) been fixed up (unless I missed something), and I’ve also updated some of them with regards to new ports and things like that. WordPress also had a built-in proofreading function, so at least our articles will be a little less typo-filled!

Anyway, I know it will take time to get used to the new site after living with the old one for nearly fifteen years, but it’s been a few months since I’ve been working with it and I’m (mostly) adjusted to it, so I hope the work has made reading and browsing this site much more enjoyable! I hope you’ll enjoy re-exploring the site too, as I have. It’s been so long that there’s still even I’ve forgotten about.

Incidentally, the site development, hosting, and article conversion has added some extra expenses to the site monthly budget, so please consider heading over to the HG101 Patreon if you’d like to help us out. With pledging various amounts, you get first alert e-mails to new articles, access to a backer-only Patreon RSS feed for exclusive content for out Top 47,858 Games of All Time podcast, and access to all of the books we’ve published in Kindle/PDF format. Your support is greatly appreciated and helps provide even more obscure and comprehensive coverage of video game history!