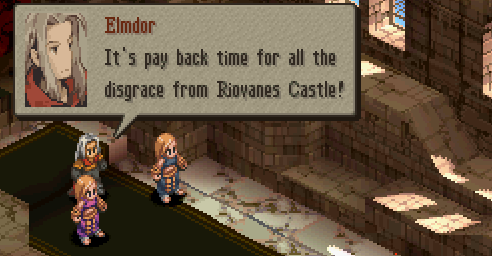 The Genji equipment is a series of samurai-themed weapons and armor found in most of the Final Fantasy games. In the PS1 version of Final Fantasy Tactics, they are primarily carried by an enemy character named Elmdore, who’s fought in the game’s final chapter. So, technically the only way you can get the most of these items (the Masamune sword can be found elsewhere) is to steal it from him…however, in the Japanese version, the game reports a 0% chance to steal anything from him, so it seems like it might be impossible. 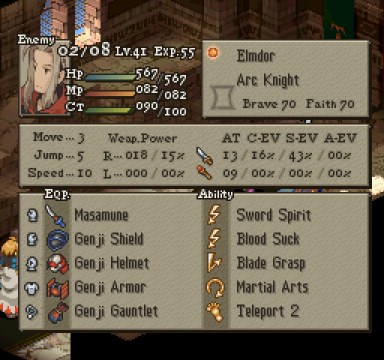 However, in a strategy guide published by Famitsu (and edited by a group called JK VOICE), there’s a section in the book that maintains that the game actually rounds any decimal places. So, technically, there is a chance to steal the equipment, it’s just less than 1%. There’s also some extra advice to slightly increase this probability, including breaking the shield, raising your characters’ levels, and equipping certain items.

Except, this is a lie. All of it. It’s not clear whether it’s intentional or whether it’s a bug, but it’s just mathematically impossible to successfully steal these items. This caused many frustrated Japanese gamers to waste hours upon hours to do something entirely fruitless. It’s also a particular problem because, elsewhere in this strategy guide, it delivers contradictory information and (truthfully) states that they just can’t be stolen. However, this erroneous strategy was eventually reprinted in other forms too, spreading this even further. There were also rumors that subsequent Japanese releases fixed the issue (this was common procedure for many JRPGs that had bugs) but there doesn’t appear to be any differences in the reprints, so that, too, is false.

In the English PS1 version of the game, the stats were adjusted so the Genji equipment is stealable (though it is rather difficult to do), which gives credence to the theory that this was just a bug. However, the issue was not fixed in either the Japanese or English PSP releases, causing (once again, in a different way) many frustrated American gamers to wonder why their old strategies weren’t working. But, at least they weren’t being lied to by anyone! However, in all PSP versions, there are alternate ways to get the equipment, though some are only obtained through multiplayer battles. 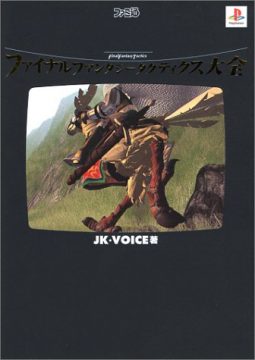 This particular strategy guide has an infamous reputation among Japanese RPG players, where it’s known as the “Kurohon” (“black book”), due to its black binding. There are other errors, typographical and informational, throughout the book, but there’s one other odd one that stands out. When looking at the status of a unit in the game, you can press the Select button to get a small quote from them. For a generic female unit named Francois, she says “That is a SE-CR-ET”. In the strategy guide, instead this text reads “That is a SE-CR-ET.  Hee hee hee, I forgot to put on underwear!” There’s some speculation that maybe this text was hidden in a pre-release version of the game used to write the book – technically that could’ve been the case with the faulty Genji equipment strategy too – but more than likely, it was just a joke that one of the authors stuck in. Anyway, for the American release, they didn’t bother to translate these little sayings for the generic characters (only the main ones), so they were all changed to “…”. The English PSP version adds these back in, though curiously it removes the lines that pop up randomly before casting magic.

This phenomenon was even mentioned in a comic in the Dragon Quest X 4 Koma-Manga Theater.

You can get used copies from Amazon Japan for one yen (plus shipping).