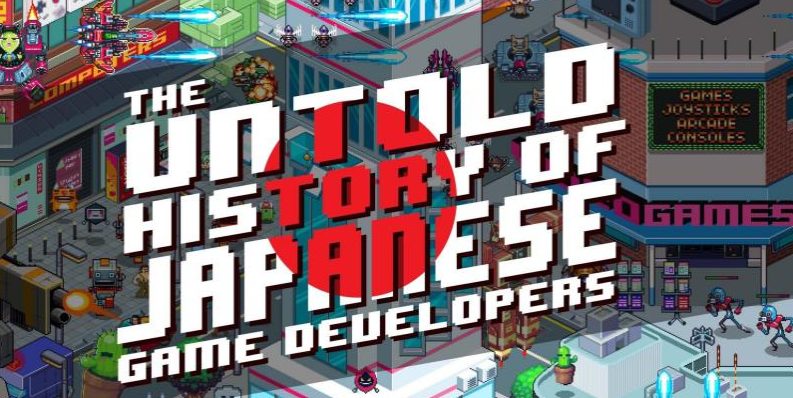 The Untold History of Japanese Game Developers reveals more information and secrets about the history of Japanese video games than ever before. There’s first-hand accounts of Konami’s secret games console, the pre-history and origin of Game Arts, some unusual events at Telenet, and never before heard stories from inside Falcom. The secret politics behind Enix’s game programming contests are revealed. There’s a tour of the Love-de-Lic and WARP offices, and layout sketches of many other developers. Every interviewee is asked about unreleased games. There’s detailed insight into the culture of computer, console and arcade games, including interviews with high profile collectors and preservationists. From the dawn of games until after the millennium, there are recollections you won’t find anywhere else, with exclusive archive photos (printing is black & white).

Also available on all other Amazon sites. Please search for them directly.

Katsutoshi EGUCHI
Former punk musician discusses the life of Kenji Eno, creating Real Sound for the Sega Saturn, working with the Bitmap Brothers, bringing Gods and Xenon 2 to Japan, dealing with CESA and ratings in Japan, Eno-san’s creation of the Dreamcast logo, Michael Nyman in a hotel, map of WARP offices

QTQ
Japanese gaming and arcade culture, old magazines, hi-score players, the world of the SCORELER, a TV series called No Continue Kid which examines this culture

Keiji INAFUNE
Mega Man, Mighty No.9, Capcom, Comcept, Akira Kitamura, origin of characters, Zero as a red Han Solo, Kickstarter and crowdfunding, kids sending postcards with boss designs, Japan and Western games and what they can teach each other, limitations of the Famicom hardware

Stephen & William ROZNER
Mega Man for DOS, Capcom USA, Street Fighter for the C64, and an unreleased version on NES!