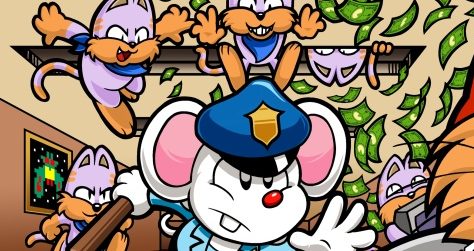 Namco was the master at creating unique and interesting characters for their 80s and 90s arcade games. Revisit some of these classics with the sixth Hardcore Gaming 101 digest! This book includes comprehensive reviews of two of the company’s golden age titles, Mappy and Dig Dug, and also examines games like their spy-themed run-and-gun Rolling Thunder, their buddy-cop racing/shooter Lucky & Wild, and the madcap multiplayer brawler The Outfoxies. It also includes looks at their lesser known properties, many of which were only released in Japan, including the Valkyrie series, Dragon Buster, Marchen Maze, Genpei Toumaden, Youkai Douchuuki, Wonder Momo, and Bravoman, plus Mirai Ninja, Namco’s foray into film/gaming crossovers.

PLUS:
Reviews of the two Bloodstained games
5 more of the HG101 Best Video Games of All Time