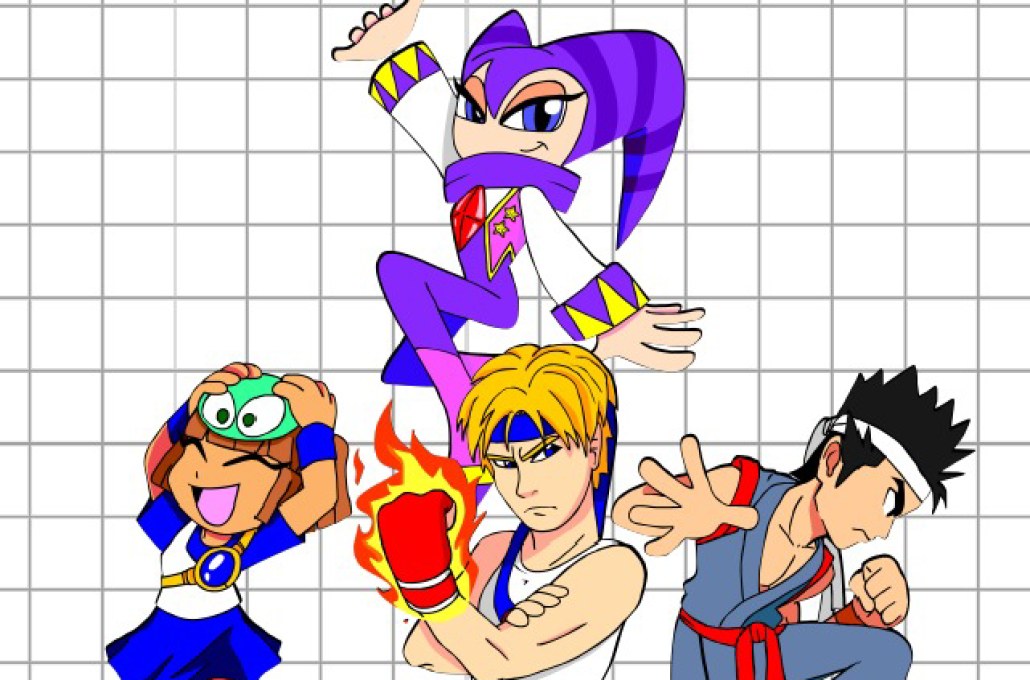 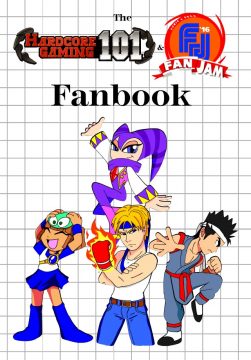 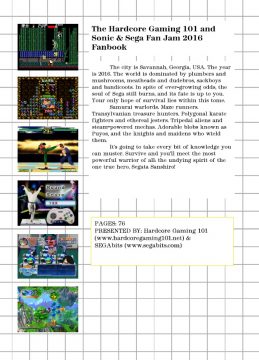 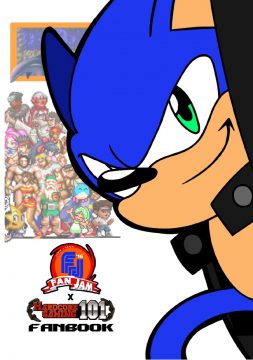 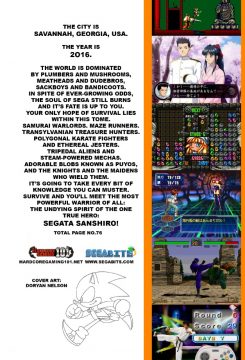 Produced in conjunction with SegaBITS, and this fanbook was created to promote the Sonic & Sega 2016 Fan Jam in Savannah, GA on Saturday, November 12. This book introduces many of Sega’s most beloved series, including Streets of Rage, Sakura Wars, ToeJam & Earl, NiGHTS, Puyo Puyo, and Virtua Fighter. Also included are reviews of two games for true Sega fans: Segata Sanshiro Shinken Yuugi, the Saturn minigame collection starring Sega’s ultra manly spokesman, and Segagaga, the Dreamcast simulation game where you attempt to run Sega as a company to save the realm of video gaming! Also included are reviews of three lesser known Master System games: Ghost House, Maze Hunter 3D, and Kenseiden!

No longer in print. PDF and MOBI files available only to Patreon donors.

The covered game series include: