Hideo NANASHI chapter 012
An interview which breaks so many NDAs, which is so dangerously explosive, it has to be published under a pseudonym. Secret details on Time Warner's Batman license, an unreleased high-definition 2D Golden Axe remake, the politics behind various companies, and a kidnapping to prevent someone testifying in court. Has details on board members with missing fingers, yakuza and Korean mafia involvement with arcades, and information on Japan's "isolation rooms", a method of forcing employees to resign without benefits. This is going to rock the foundations of the industry. Supplementary interviews with Ste Pickford (Software Creations) and John Ray (Atari).

Hudson Soft Chapter 070
Detailed origins of the company, its bee mascot, its early computer games, birth of the Japanese computer market, and Hudson's attempt to enter the British computer market. Details on Bomberman, Lode Runner, Famicom BASIC, various Mario games on Japanese computers, special deals with Nintendo, Dezeni Land & World, Princess Tomato in the Salad Kingdom, Ys for PC Engine CD-ROM and the series' history at Falcom, plus Tengai Makyou II as one of the most expensive games in Japanese history. Also @N.U.D.E for Xbox. Tech talk on the PC Engine, its CD attachment and connections to the Philips CDi, the Nintendo/Philips/Sony deal, history of CD, a mysterious Hudson vending machine, and a game by students, with never before seen photos of Hudson staff. Plus a lot more! Interviews with:
Takashi TAKEBE 071
Hiromasa IWASAKI 084
Hudson Design School (Joseph Redon) 102

Sein Soft / Xainsoft / Zainsoft chapter 108
An interview with Kensuke TAKAHASHI. A world exclusive interview, detailing the mysterious Osaka based developer which twice changed its name, and had a reputation for being yakuza affiliated, physically beating its staff, and creating some of the strangest computer games in Japan. None of them reached the West, but they're all fascinating, and have strong connections to Falcom. Detailed discussion on the creation of Dios, and what might be the only true PC-88 CD-ROM game in existence, which as yet has never been found.

Westone Entertainment chapter 164
A detailed look at the company's history, including the Wonder Boy and Monster World series (and canonical Monster Boy sequel), plus titles like Dark Half, Willy Wombat, Appare! Gateball, Princess Maker 4 and Jaws (with Atlus secrets!). Discusses the company's shift away from action platformers to focus on visual novels. Includes plenty of artwork by Ms Ohzora, including hidden graphics from Aurail, and a rare photo of Sega's Digitizer machine, used to create graphics. Also a group photo and signatures from all staff before the company sadly closed. One for the fans. Interviews with:
Ryuichi NISHIZAWA 166/168
Maki OHZORA 188
Shinichi SAKAMOTO 194

Future Japan: Debunking the Downfall Myth 330
Introduction to a series of interviews which looks at both the history and future of Japanese games. Includes a list of 108 interesting titles from this previous generation.

Yasuo NAKAJIMA 344
Did you know Nintendo co-funded development of an unreleased RTS game for Sony's PlayStation, via company Marigul? Plus info on Kamaitachi no Yoru on Super Famicom, Shiren on Game Boy, and Code of Princess on 3DS.

Toshinobu KONDO 352
All about Fill-in-Cafe and the creation of Umihara Kawase.

Taka KAWASAKI 384~394
Details on how Unreal Engine is levelling the playfield for Japanese developers wanting to compete with the West.


CreateSpace - buy a colour version of the book

This book contains descriptions of yakuza involvement in the games industry. 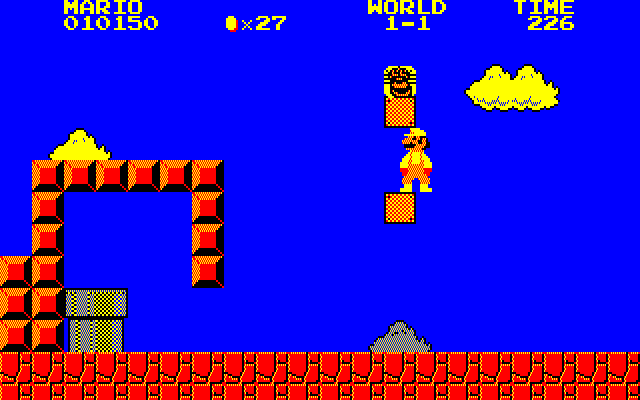