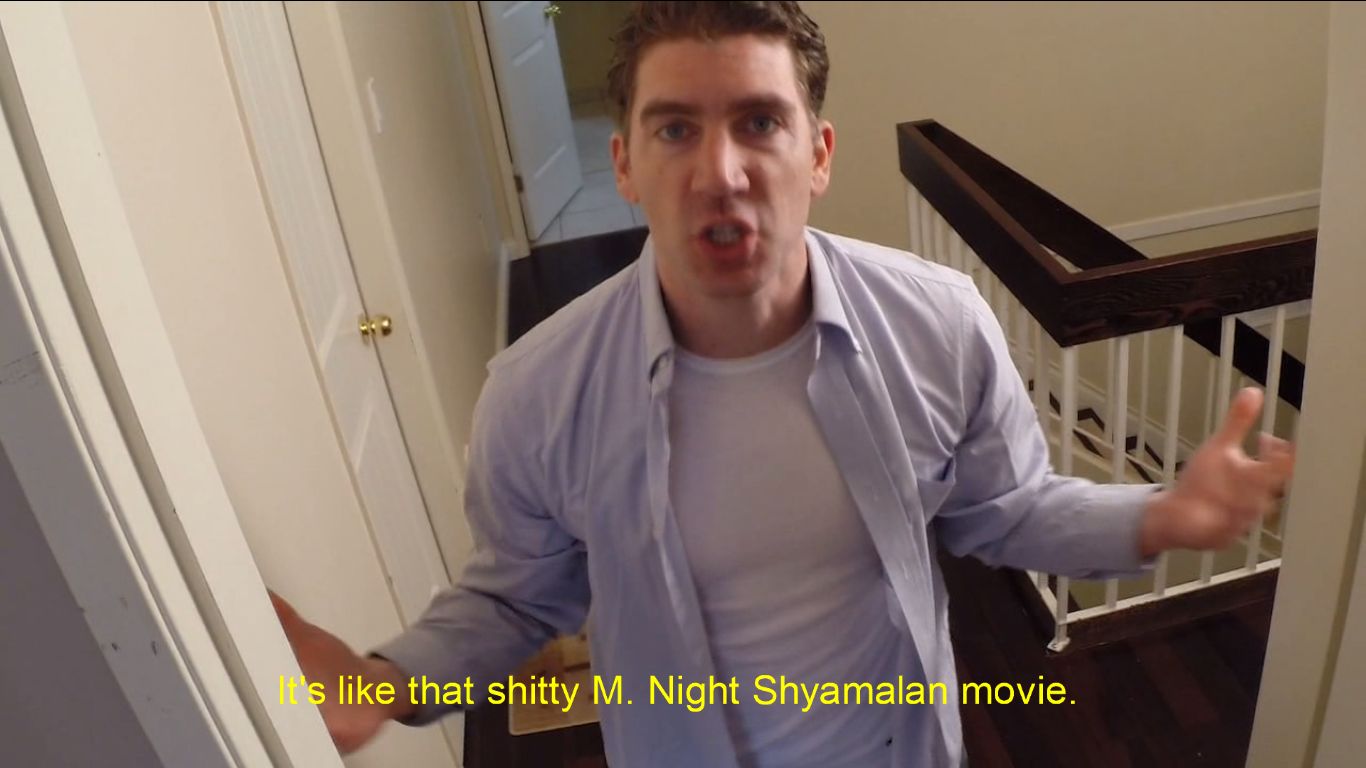 With the rise of digital video, the revival of the FMV game is well under way, both large and small. From the VHS styled A Trip to Yugoslavia to the much more ambitiously filmed The Bunker (not to mention one game coming from Chuck Tingle, of all people), there’s plenty of variety popping up in the field. Press X To Not Die aims itself to be a return to the age of Dragon’s Lair in mechanics, while its humor is incredibly self-referential and purposefully ridiculous. It’s like a bad B-movie comedy about video games, with the twist being that you also have to play it as the character you control “plays” it. 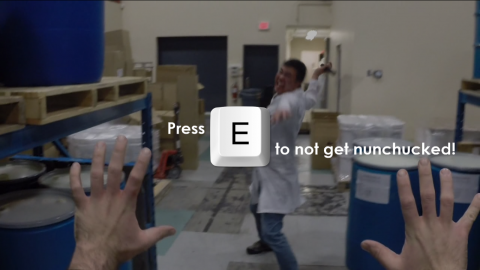 The premise is that your character gets a knock on his door from his best friend, who tells him everybody is killing everybody else, and that you need to “press X to not die.” Cue crazy woman coming at you with a knife and a QTE prompt coming on on screen telling you to press X to not die. Things quickly pick up there, as you’re given various choices and have to survive random lunatics trying to kill you as you meet up with your girlfriend and try to get out of the town. The actual reason for why all of this is happening and why a character literally says “press X to not die” is as stupid as you’re imagining it, and the game doesn’t take it seriously at all. 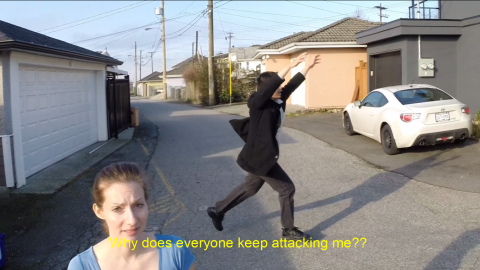 Press X To Not Die is a short film you have to game through that chooses to own its cheapness in every aspect. Every single joke is truly awful to the point it occasionally transcends into Tim and Eric style anti-humor, with even a major plot point being that the final boss is a FarmVille player and a fake choice to go fight violent loons with a balloon sword. Random dumb things keep happening, bad one-liners are given constantly, and some of the deaths announce just how juvenile they are in the game over screen. This works well in the game’s favor, resulting in a very stupid little movie that becomes funny just by sheer “they really left that in!?” value. 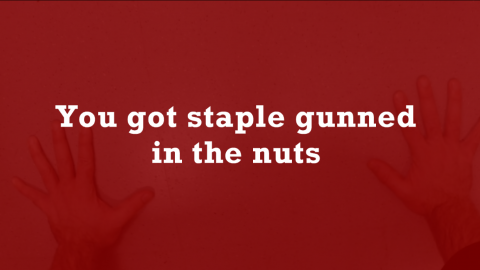 As a game, it goes with the simple input to not die formula, but it trips up a bit. Keyboard and mouse users are already at a disadvantage due to the bizarre controls that require you keep track of the Q, E, R, F, Z, X, C keys and the mouse buttons. It doesn’t feel intuitive, especially in parts that require two or more buttons, and it’s always random. However, the game is also generous, spawning you back before your death, so you can easily experiment with the dumb deaths on display. The end result is a fun way to waste a few bucks, and the promise for something even dumber in the planned sequel.